Holy Week in a Yaqui Village 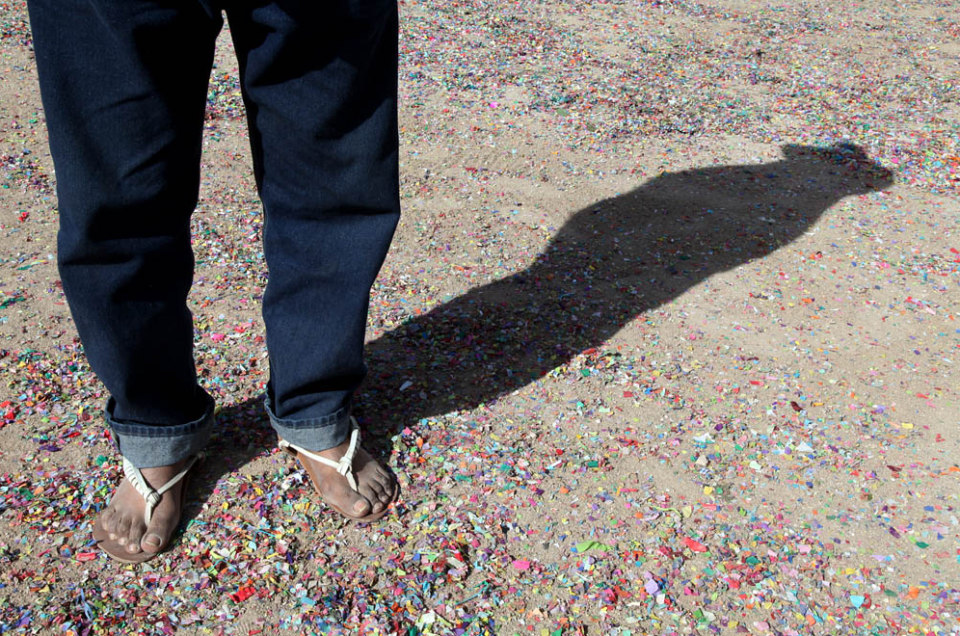 I have always wanted to visit a Yaqui village—ever since I read the books of Carlos Castaneda about his shamanic apprenticeship with Yaqui Don Juan. Since that time, controversy roils around Castaneda’s books, with some critics claiming they are works of fiction and others defending the books as true or at least valuable works on spirituality, anthropology and philosophy. No matter what the ultimate verdict is, Castanedo opened my eyes to the Yaqui people.

I recently went to a Yaqui village in Tuscon, and learned from them about their history and their current day lives. I also got to experience the way they celebrate Holy Week.

When the Jesuits brought Catholicism to the Yaqui in the early 17th Century, the latter already had a long history of living, trading, warring and wandering across the lands of Native America. Some of their family names –which mean “snow” and “fish tail”—suggest that they once lived in western coastal areas, northern climes and led a nomadic life way beyond their current homelands in Tucson, Arizona and Sonora, Mexico.

According to village elders I met in Old Pascua, one of four Yaqui communities in the Tucson area, they willingly accepted the Jesuit’s Catholicism because it corresponded to many of their beliefs and origination story –which contained a tree, involved a flood, and a sun god who was akin to the Christian God.

Ever since that time, the Yaqui have kept Catholicism close to their hearts, and life cycle events like weddings and deaths are enacted with great devotion. But the Lenten period, which culminates in Holy Week, is perhaps the most dramatic and prolonged of the observances, and visitors, as long as they are respectful and follow rules about no photos, sketches or recordings, are permitted to attend.

The elders told me that Holy Week observances are basically the same in each Yaqui village, and although it is possible to go from one to another, I found it more satisfying and familiar to attend the ceremonies in one place –Old Pascua, which is located at Fairview and Grant, on the dusty of the Pascua Neighborhood Center. On a long, rectangular plaza, in front of the elegant and simple white San Ignacio church with its two bell towers, Yaqui males from very young to older, dressed as Fariseos (Pharisees), Caballeros, roosters, monkeys, and Roman soldiers. The Pharisees wore butterfly cocoon rattles around their ankles and carried red, black and white wooden swords. Their exaggerated and large masks, often made of goat skin, gave then anonymity for the pageant. And once masked, they were not permitted to speak, so they communicated through mime.

Although specific events were announced for a specific time, many began hours later. I sat in the bleachers and waited for four hours before one ritual started. My desire to experience Yaqui Easter was stronger than my lack of patience. The most intense event on Wednesday night was the arrival on horseback (mimed by riding wooden swords) of the Pharisees looking for Jesus in the wilderness. They crawled along the floor of the church like hunters in pursuit of pray.  After each search, a light was extinguished until everything went black. And the whipping began. The Pharisees fell to the earth and they were whipped over and over. Then the whippers were whipped. The sound of ritual moaning was haunting.

On Thursday morning the angels –the children—joined the Procession of the Hearts of Jesus. A figure draped in black represented he who would betray Jesus. Time slowed down. Hours passed like minutes. In the church, little children were adorned in the red robes of Jesus and the purple of the passion. They took vows for three or five years or life to serve God in one of the Yaqui societies. It is a way of praying to God or thanking Him for healing for themselves and family members. Then gifts of ceremonials foods were given to participants to bless and strengthen them.

Later, the Pharisees went searching for the “old man,” a representation of Jesus. They involved spectators –the few who were there. They went from cross to cross on the plaza and in the surrounding streets. The old man hid, but they ferreted him out and carried him on the back of a Pharisee.  Jesus, as filtered through Yaqui sensibility, was ready to be crucified.

On Friday, Jesus was symbolically lanced and then solemnly removed from the cross. Children and adults were sobbing. Pharisees, caballeros and Yaqui members lined up to venerate the slain Lord. It was sad, the predominant color was black and there was an all night vigil.

On Saturday, the plaza was crowded with spectators. Pharisees and Pilates shot cap guns and carried an effigy of Judas. The music was upbeat with guitars, an accordeon and drums, which were punctuated by gunfire. The Pharisses and caballeros clicked wooden daggers against wooden swords. The joyous noise was a stark contrast to the solemnity of Good Friday. Flowers were strung across the church. Rockets exploded in the sky. There was an air of excited anticipation. The theme of flowers culminated on Saturday. The blood of Jesus was miraculously transformed into flowers. Heaven and deer and elements of the regalia, like masks, are called flowers or are associated with flowers. Saturday is the day evil was “killed” by flowers, by good.

The heat was blazing. Spectators waited for hours, people lined up to buy tacos and burritos at food stands.  The sun was merciless. I considered it my commitment, my “vow,” to be there hour after hour, despite heat, cold at night and physical discomfort. It was minor compared to what the participants endured.

Then Pilates and Pharisees walked back and forth across the plaza, taunting the faithful, mocking a sacred deer dancer. Suddenly, people poured out of the church, showering the Pharisees with confetti. The Pharisees hunted the deer and chased him. The deer dancer was mystically beautiful, moving gracefully like a deer, becoming a deer.

Twice the “good” people of the church tried entreating the Pharisees to abandon their evil ways. Finally, they removed the shoes, capes, belts and rattles of the evil ones. It was a deep mystery play. The tension and drama built as the story unfolded. The third time the Pharisees threw their masks and swords on the Judas pyre. They pyre was lit. The masks burned. Evil was gone.

The Matachines started to dance. There was a huge release. As a spectator, I felt that during those few days, I had been through a small sacrifice, a personal ordeal. Like the participants, I feel a huge release when it was over.

IF YOU GO:  The Lodge on the Desert, a charming boutique hotel, is an easy drive from Old Pascua.  www.lodgeonthedesert.com