Seeing New York in a Day: Walking to the Brooklyn Bridge and Back

Brooklyn Bridge by johnbauderphoto on Flickr.com 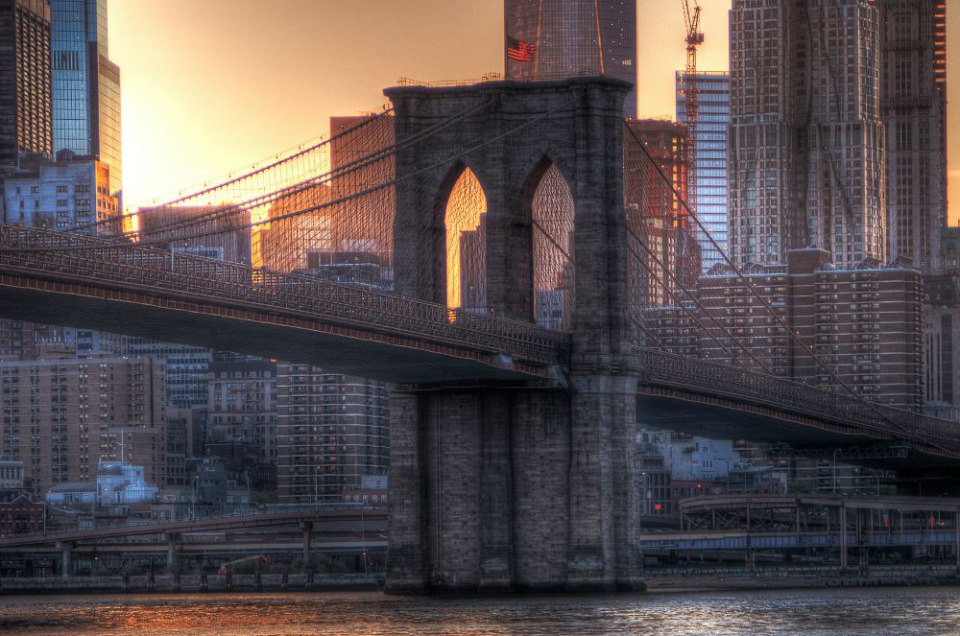 Brooklyn Bridge by johnbauderphoto on Flickr.com 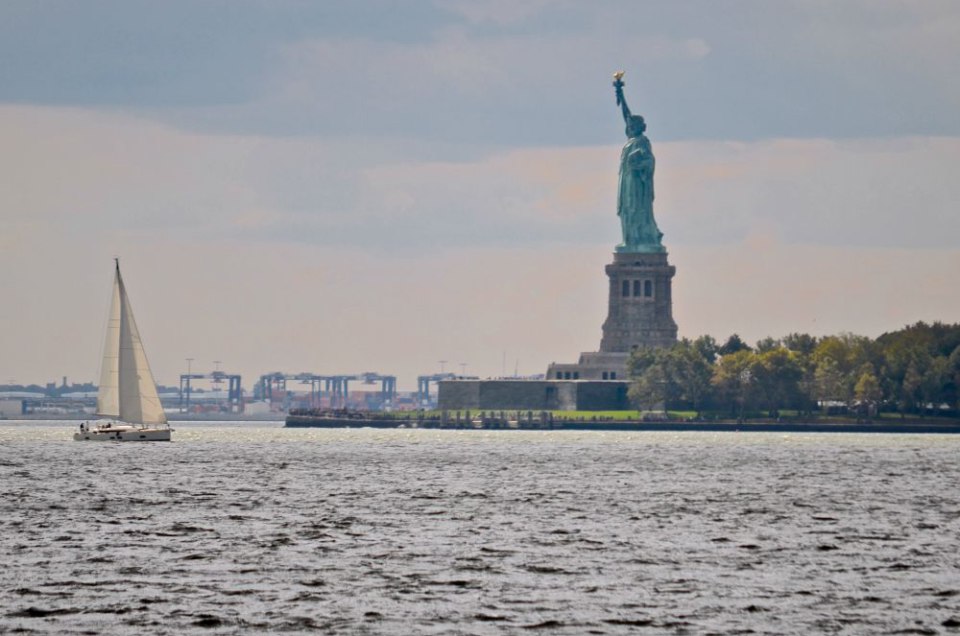 Statue of Liberty view from Battery Park by familyclan on Flickr.com

Buildings reaching toward the sky, taxis honking, and people rushing by can feel nauseating in many cities across the globe.  If it were anywhere else in the world I would describe the constant motion as exhausting and stomach churning, but leave it to New York City to pull it off as, well, charming.

New York City is a exhilarating. For a first time visitor, it’s easy to get caught up in the moment trying to do it all.

I’m here to tell you it is possible to see the city’s highlights in a day.

This isn’t a guide that’ll keep you on the subway. After all, if you have only a day to see some of the highlights of New York, you don’t want to spend your time cooped up underground. You want to be in the heart of the action, taking it all in for yourself.

This DIY tour involves plenty of walking, but the payoffs are totally worth it. So, go ahead, grab your walking shoes and carb up on one of those famous New York bagels, we’re hitting the streets to see some of the city’s most iconic sites in one day.

The Brooklyn Bridge
Near the High Street station

The Brooklyn Bridge has been one of the most iconic markers along the New York City skyline since 1883.  At least 4,000 people walk across the bridge every day, and you have to be part of the action as well.  The best part? The Brooklyn Bridge is simple to find on a map and easy to spot from a train station, making it the ideal starting point to your day out on the town.

Battery Park is only a mile walk from the Brooklyn Bridge so skip the subway fare and opt to stretch your legs instead. Once you’re in Battery Park, you can catch a ferry to the Statue of Liberty and/or Ellis Island. Don’t feel bad about skipping the ferry ride and taking some pictures from the shore though. The views from the park and number of local artists and street performers who set up in shop in the park will make the walk worthwhile too.

Follow Broad Street up to the famous Charging Bull statue in Manhattan’s Financial District. You’ll know you’re in the Wall Street area by the electricity in the air — it’s unlike any other feeling in New York. Plenty of tourists will be crowding around the statue so be prepared to wait your turn for a picture. While you’re in the area don’t forget to walk through Tiffany’s jewelry store too.

After walking through the Financial District, Trinity Church is like a breath of fresh air. Squeezed snugly among the dominating high rises at the corner of Wall Street and Broadway, Trinity Church has been holding its own in the busy city since 1697.  While Trinity Church is a popular tourist attraction, it’s also a church that is still very much in use today. You can leave a note on the community prayer board and spend some time taking a breather in the pews. Before you go though, make sure you visit the church cemetery to find Alexander Hamilton’s grave.

9/11 Memorial and Museum
Near the Rector Street station

Since the attacks on the World Trade Center, the 9/11 Memorial Site has lent new meaning to the phrase, “Gone, but not forgotten.” The 9/11 Museum is located within the original World Trade Center site. In there you will find the name of every victim of both the 2001 and 1993 attacks. If you’re short on time, I recommend walking through the 9/11 Memorial Site, where you will still find a list of names and be able to give your respects.

The Plaza Hotel
Near the A line 59th Street and Columbus Circle stations
Last but certainly not least, take the train back to your home away from home in Manhattan. Located in between Central Park and 5th Avenue, The Plaza can serve as your home base for exploring the best of Manhattan and the Upper Eastside.  It’s also the perfect spot to enjoy a cocktail or two.  For goodness sake, you’ve been hitting the pavement all day! You deserve it.