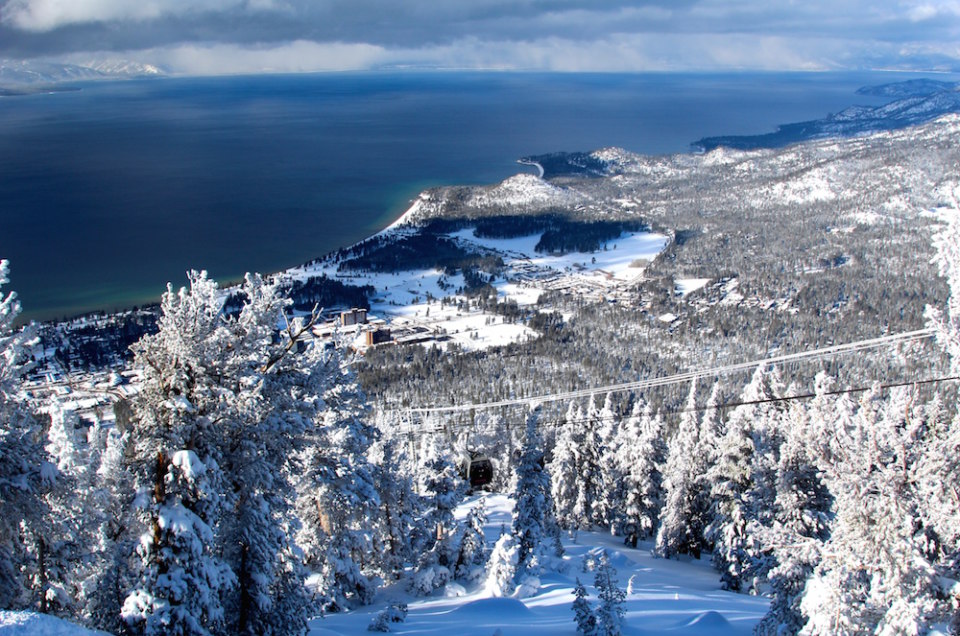 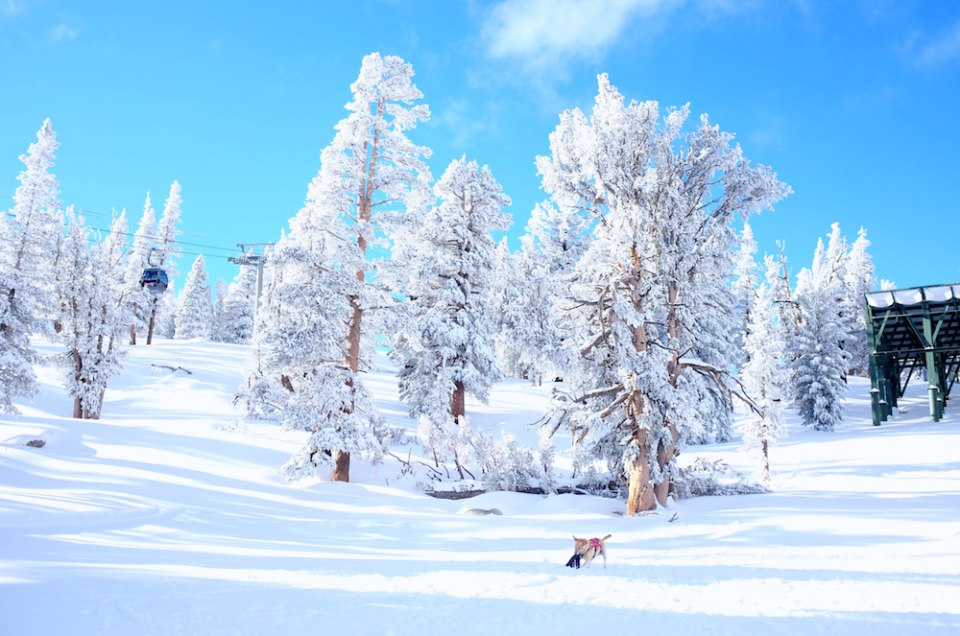 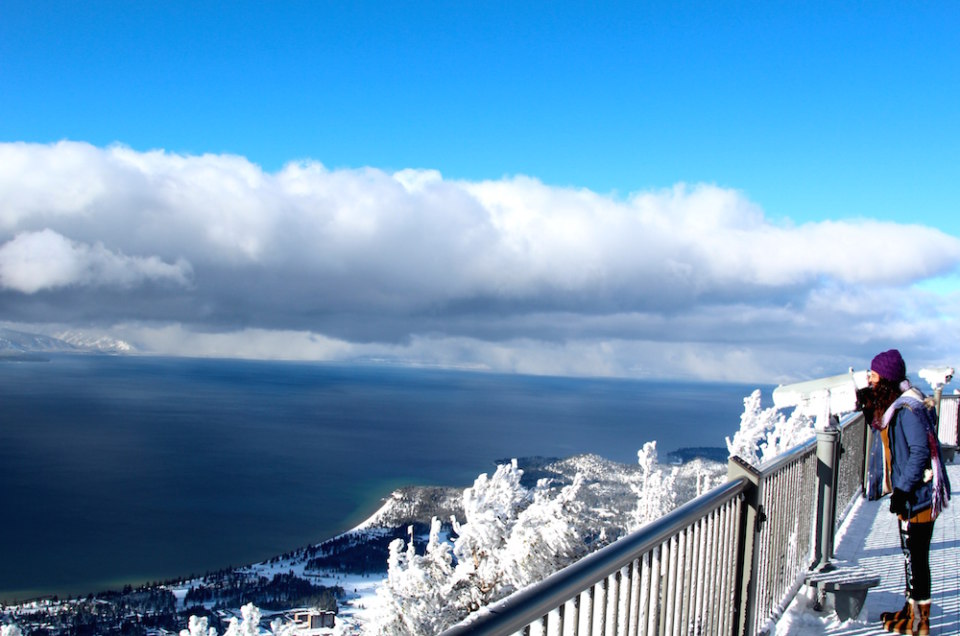 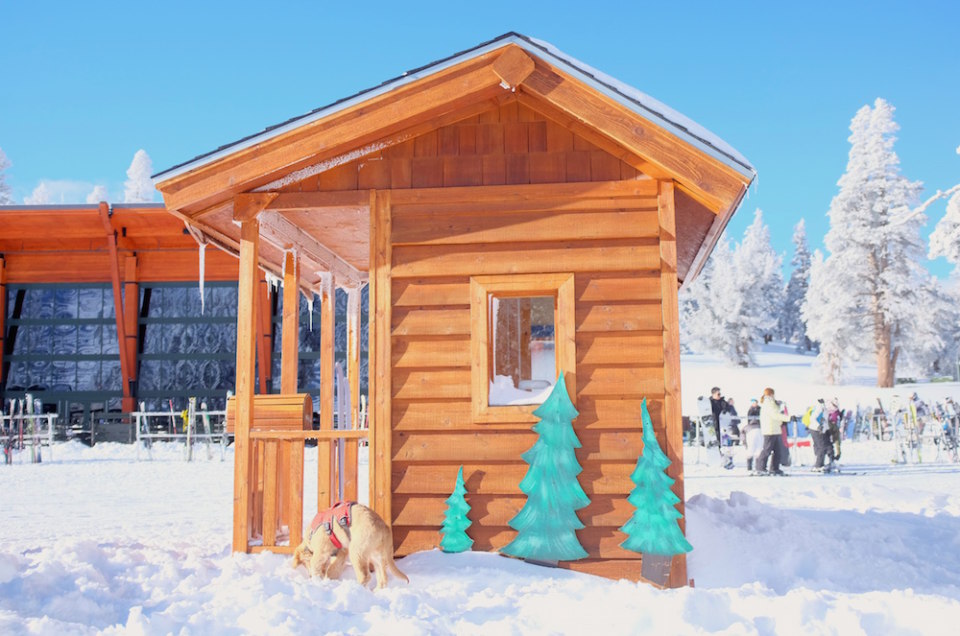 Located in the heart of Tahoe South, Heavenly Mountain is really your be-all ski mountain, whether you’ve ever skied or not. It takes the best characteristics of the world’s top ski resorts and puts get them all in one place at Heavenly. Epic views, check. Thousands of acres of terrain, check. Nationally-ranked tree skiing, check. Après-ski party, check. Not to mention that you get to check “Ski two states in one day” off your bucket list.

But let’s start from the top, literally. Located on the California-Nevada border in Tahoe South, Heavenly Mountain stands at 10,067 feet and has long been one of the largest ski areas on the West Coast. Perhaps its best attribute, however, as I alluded to, is that it’s a be-all ski mountain. It’s conveniently located in Tahoe South within walking distance of several hotels, features some of the best views of Lake Tahoe, and boasts nearly 5,000 skiable acres and 100 runs. With 20% beginner runs, 45% intermediate runs, and 35% advanced, the ski terrain is distributed across all skill levels.

Most of the action, however, begins at Heavenly Village on the main drag of Tahoe South. It’s here that you’ll rent and pick up your ski gear, do any last-minute gear shopping, pick up your lift tickets, and hop on the gondola to the top of the mountain. Oh, and it’s where you’ll likely end your day for après-ski.

You’ll want to have your camera ready after hopping on the gondola, as the ride boasts some of the most beautiful views I’ve seen, overlooking the largest alpine lake in North America, Lake Tahoe. At the top of the gondola is Tamarack Lodge, standing at 9,150 feet, and what’s essentially basecamp on the mountain.

It’s from Tamarack that you can access a majority of the mountain, including many green, blue, and black ski runs. Tamarack Lodge features one main chairlift, Tamarack Express, but taking it up allows you to ski down a number of runs that access other lifts. This includes Sky Express, which takes skiers and snowboarders to the summit, featuring several blue and black runs.

For those staying further afield from Heavenly Village, people can drive to or take the complimentary shuttle to a couple other lodges, such as Stagecoach and Boulder Lodges in Nevada, and California Base Lodge. While these lodges don’t provide such direct access to the top of Heavenly, they often have shorter lines and less crowded runs. Even still, they offer access to the top of Heavenly Mountain. In addition to the 97 runs that are accessible from Heavenly’s lodges, the mountain also features two terrain parks, and some of the best tree skiing in Lake Tahoe.

Most unique to Heavenly Mountain, however, may be its après-ski party, Unbuckle, which goes down every weekend afternoon from 3:30 p.m. to 5:30 p.m. This isn’t your local ski resort après-ski party, with Heavenly pulling out all the stops, with go-go dancers, deejays, half-priced drinks, food specials, and a photo booth. All at 9,150 feet up the mountain at Tamarack Lodge. Now that’s getting high, naturally of course. And that’s without even mentioning the snowcat-turned-DJ-Cat. Yes, as in a snowcat tricked out into a high-tech DJ platform.

Not a skier or snowboarder? Heavenly Mountain continues the be-all mountain trend by offering a lot of activities for those who don’t ski or snowboard (not the least of which is access to Unbuckle at Tamarack Lodge). At Heavenly Village, non-skiers can buy a scenic gondola ride ticket, which provides access to Tamarack Lodge and Heavenly Mountain’s Observation Deck (only accessible on the way up), perched 9,123 feet above Lake Tahoe. I particularly recommend this on a bluebird day after a fresh snowfall.

In the 15,000-square-foot Tamarack Lodge, guests will find a large, full-service food court, as well as Bar 9150, which makes a mean Bloody Mary. Just beyond Tamarack Lodge is the Heavenly Tubing Hill, featuring several 500-foot lanes with a 65-foot vertical drop.

For après-ski after the mountain has wound down for the day, Heavenly Village features a number of local spots, such as Base Camp Pizza, boasting great pizza coupled with an impressive craft beer list, and with live music every night. Other après-ski spots in Heavenly village include Gunbarrel Tavern, Azul Latin Kitchen, and if you want to go classier, Red Poets and Skyhawk Lanes Wines.

California Dreaming: Behind the Scenes with Instagrammer Pete Halvorsen