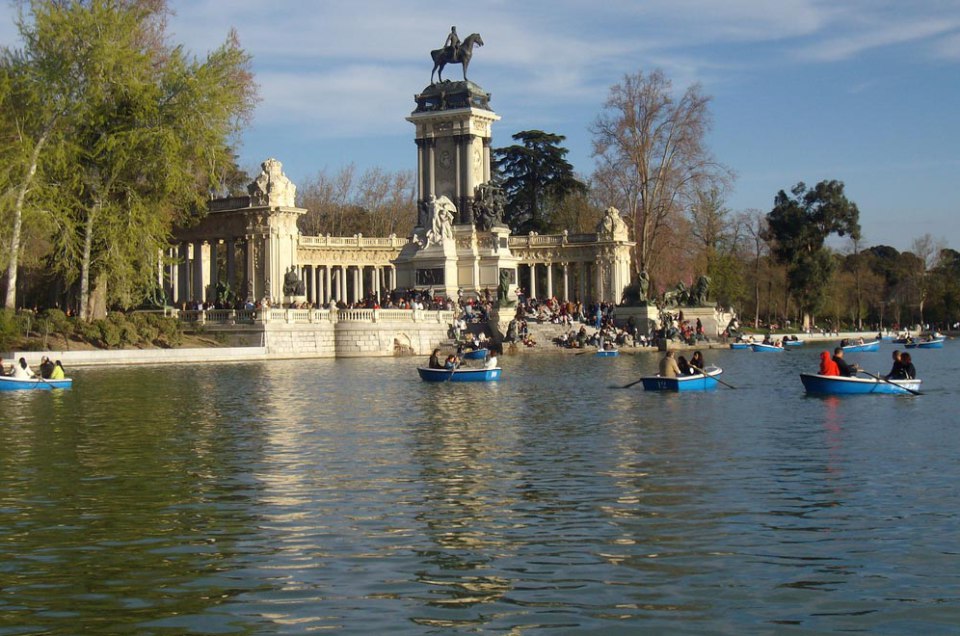 Most world travelers would agree that you haven’t really partied until you’ve been to Madrid and pulled an all-nighter bar hopping. This picturesque city of bullfighters, flamenco dancers, antique shops and infamous artists doesn’t truly come alive until after 10 p.m. With a lively metropolis of more than 3 million people, Madrid is not only a cultural destination of monuments, museums and parks, but also a “clubber’s” dream. Cafes, pubs, discotecas and nightclubs stay open until 6 a.m. when partygoers head to Chocolaterias for cups of pure chocolate and churros – a necessary “night cap” for tourists and locals alike.

While getting your groove on at any of the hundreds of discotecas is top priority for the 20-something subset, those of us who have “been there, done that” might prefer to relax over a four-hour meal of tapas, paella and Tempranillo in Madrid’s famed Puerto del Sol. Then wind down by taking in a café con leche (decaf, of course) in El Plaza Mayor, Madrid’s main square, which dates back to the early 1600s.

Touring some of the world’s premier museums, napping in a world-famous park and bargain shopping at a lauded outdoor swap meet are among Madrid’s favorite past times.

Here, we highlight a few of the city’s must-see attractions:

Art – Three main art galleries, the Prado, the Thyssen-Bornemisza and the Reina Sofia will keep art aficionados occupied for weeks. The Prado is the best known of the three, housing more than 7,000 works by famous Spanish artists. In fact, The Spanish, Flemish, and Venetian schools are well represented with outstanding masterpieces of Titian, Tintoretto, Veronese, Rubens, Velázquez, Goya and El Greco. A bonus: the museum is free on Sundays! The Thyssen has one of the world’s largest private collections of European art. And the Reina Sofia has a huge Salvador Dali collection and many of Pablo Picasso’s most recognized pieces, including Guernica. Special “art passes” are available for entrance into all three museums at a steep discount.

Relaxing – Just minutes away from El Prado, El Parque de Retiro offers tired tourists a respite from the buzz of the city. It’s the most popular park in Madrid, featuring, among other attractions, a very large lake. Inside, puppet shows, music, magicians and paddle-boat and bicycle rentals provide ample amusement. Retiro is also the central meeting point for everyone from roller blading teens to old men who play chess. The park also boasts several ‘terrazas’ (open air bars), where you can order up a cerveza (beer) or sip on a ‘horchata’ (made from tiger nuts or almonds).

Shopping – Madrid is home to El Rastro, one of the best flea markets in the world. From antique furniture to the latest T-shirt designs, El Rastro will entertain bargain hunters for hours. For upscale shoppers, areas like Gran Via and Puerto del Sol may be more appealing. But if it’s souvenirs you’re after, head back to El Plaza Mayor. On Sundays, the square becomes a focal point for traders and buyers of old coins, stamps and other wares. The stores surrounding the square sell everything form castanets to hand made scarves. Visit during Christmas time and you’ll see myriad decorations and religious figures for sale.

Drinking – Just one hour southwest of Madrid lies one of the largest viticultural projects in Europe. With more than 2,500 acres of planted Tempranillo, Cabernet Sauvignon, Syrah, Petit Verdot and Merlot, and another 1,500 acres of planned vineyard development, Osborne’s Malpica offers a new style of Spanish wine, unconstrained by stringent regulations of a D.O.’s regulatory board. If you want something sweeter – and with more bite – visit El Puerto, a town that is primed to convince the world that sherry is not just a sweet sipper for old ladies. Here, sherry is an intricate wine with enough versatility to take you from tapas, to your main course and all the way through chocolate and churros. El Puerto sherry producers use the traditional and classic system of “solera,” which blends older, more mature wines with younger wines.

Dining – From tapas (or small plates) to five course eating extravaganzas, Madrid has something for everyone. The ground below the Plaza Mayor square is home to some of Madrid’s oldest and quirkiest restaurants. Casa Botin, founded in the 18th century and revered by the likes of famed authors including Ernest Hemingway, is less quirky than traditional, but it won’t disappoint. If you prefer to venture off the beaten path, head to Casa Benigna, a charming family-run bistro that provides arguably the best paella in town. Just be prepared. This is not your traditional paella made in a deep-dish pan. No, Casa Benigna’s paella is very thin. The owners lived in Norway for sixteen years, and at Casa Benigna, they blend the cuisine of northern Europe with that of the Mediterranean. So you can order everything from Norwegian herring in tasty marinades to her signature “Spanish paella.”