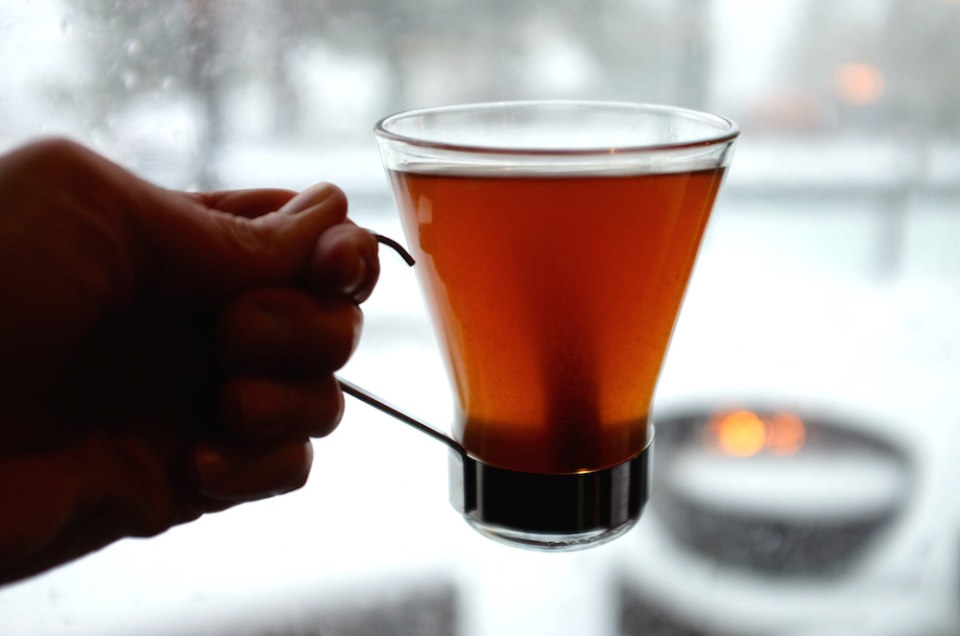 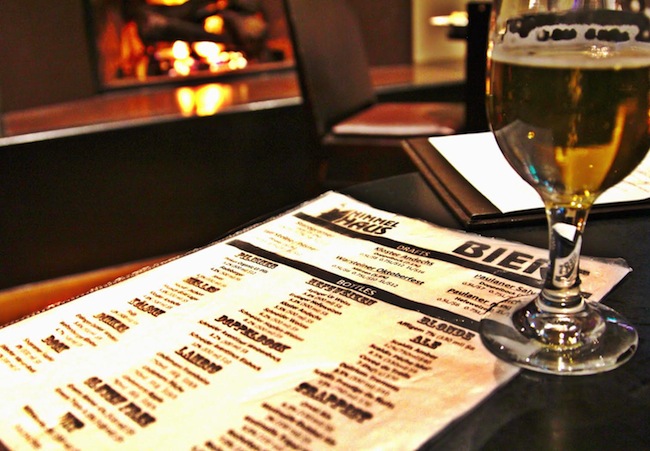 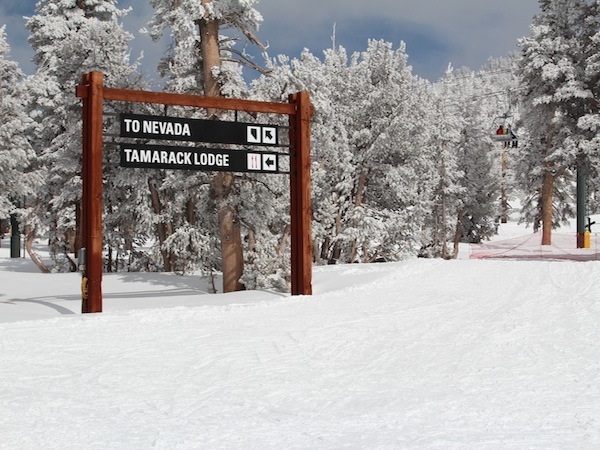 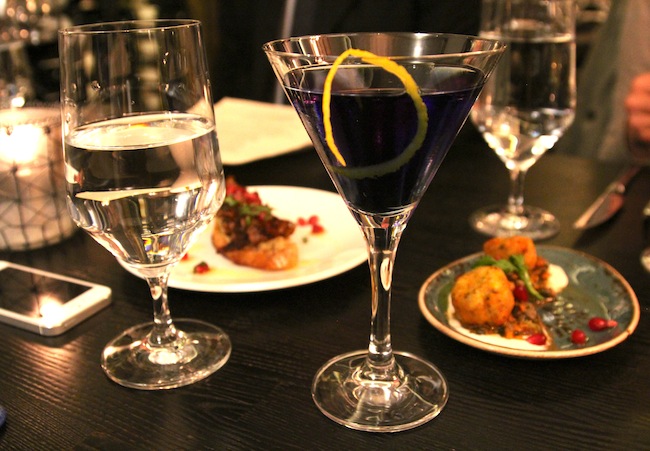 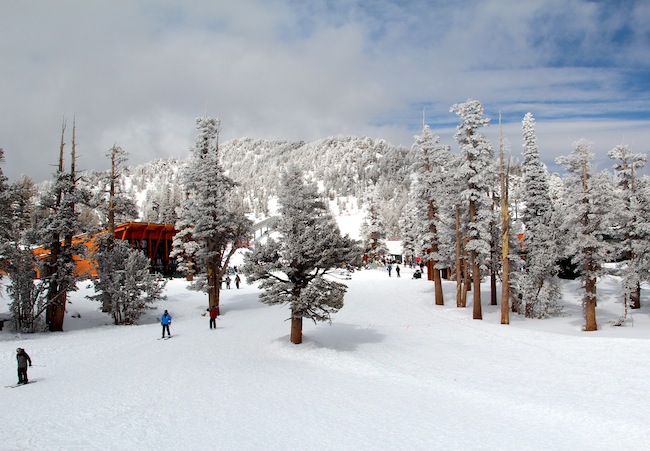 Located on the California-Nevada border on the south side of Lake Tahoe, Tahoe South is the best of all worlds. To the east, vibrant nightclubs and entertaining casinos, to the west, offbeat bars and unique craft breweries. What’s not to love? So today we après-ski our way through Tahoe South.

We can’t talk après-ski in Tahoe South and not first talk about Tahoe South’s foremost ski resort, Heavenly Mountain, which is home to one of the biggest après-ski resort parties in Lake Tahoe, Unbuckle. Unbuckle raises the stakes every Friday and Saturday from 3:30 p.m. to 5:30 p.m., when they roll out the snowcat-turned-DJ snowcat and turn up the music. The party features deejays spinning music, go-go dancers hitting the stage, and half-priced drinks and food specials.

From Heavenly Mountain, the party moves to Heavenly Village at the bottom of the gondola. Here you’ll find a number of après-ski bars in Tahoe South, such as Basecamp Pizza, featuring live music every night, an extensive craft beer list, and some of the best pizza in Lake Tahoe. Right around the corner from Basecamp is Gunbarrel Tavern, characterized by craft cocktails and beer alongside great post-mountain nosh, such as the jalapeno and bacon mac ‘n cheese and beer-can chicken. Other après-ski spots in Heavenly Village include Kalani’s, featuring Hawaiian and Asian influence in a classy environment, and Azul Latin Kitchen, for tacos and margaritas.

A number of other great Tahoe South après-ski bars are within walking distance of Heavenly Village, such as Stateline Brewery, which has been brewing beer in the heart of Tahoe South for more than a decade. Just a block down from Stateline Brewery is McP’s Taphouse, which features an impressive list of craft beers that are largely from the West Coast.

One of Tahoe South’s latest craft beer additions is Cold Water Brewery, located west of Heavenly Village, and featuring eight rotating craft beers and happy hour Monday through Friday from 3 p.m. to 6 p.m. For something more offbeat, one of the most popular après-ski bars among locals is Himmel Haus, known for its trivia and open mic nights during the week. The German-inspired Himmel Haus features a long list of European beers, but also has a great food menu with German specialties like spätzle, schnitzel and a variety of different sausages.

For the best of both worlds, head to the Lake Tahoe waterfront in Tahoe South for après-ski and enjoy the sun setting over the snowcapped mountains while sipping on a warm drink. Located almost right on the beach is Riva Grill, where you can snap a few photos of sunset before going in for happy hour, which they do from 4-6 p.m. Monday through Friday. However, if you go one night to Riva Grill, make it Fish Taco Friday, featuring $5 fish tacos, drink specials, and prizes that can include ski gear, lift tickets, and hotel stays. Yes, please.

For something homey, yet classy, head to Jimmy’s at The Landing Resort & Spa, Tahoe South’s only five-star hotel. Enjoy an après-ski drink on the patio by one of the fire pits to end a bluebird day, or head into the lounge for one of their warm craft cocktail concoctions, like any of their renditions on a hot toddy. Weekend evenings also typically includes live music.

One of the many upsides to Tahoe South is that if you want less “ski-town bar” and more “nightlife bar,” you merely have to step across the Nevada border into some of the casino resorts. This ranges from proper nightclub experiences, like Peek Nightclub inside of Harrah’s, to Harveys Cabo Wabo Cantina, which is part cantina and part live music venue. Elsewhere, there’s Xhale, which is part hookah bar and part nightclub.