The People Watching Game in Ipanema

Girls of Ipanema, photo by alobos Life on Flickr.com 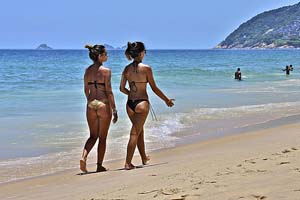 Girls of Ipanema, photo by alobos Life on Flickr.com 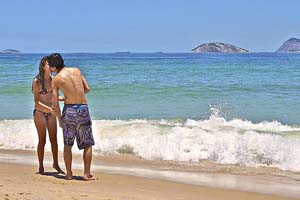 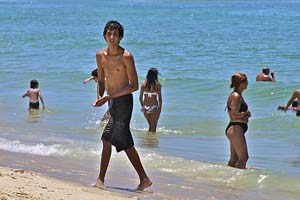 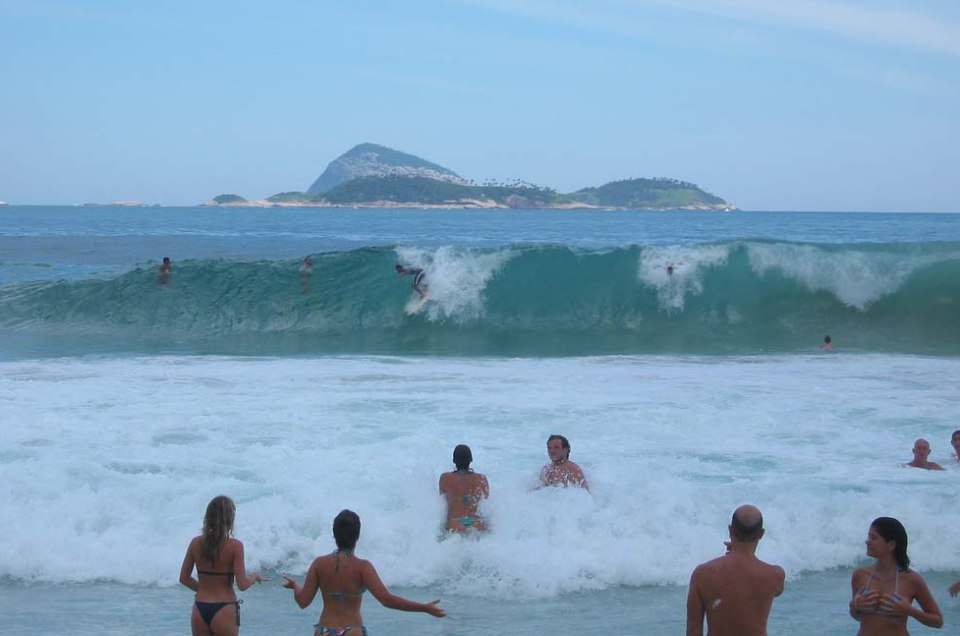 The drums are beating again in Ipanema. They’re bubbling under, muffled, soft, subdued like the sluggish sound of car engines whirring in stationary traffic. They enhance rather than disturb my people-watching, for, when in Rio, do as the Cariocas do: watch others watching you watching them. Rio’s beach culture makes it a city best enjoyed at daytime so, even as the tropical sun shines down with extraordinary ferocity, the beautiful people come to promenade, to sunbathe or simply to be seen.

And they have to be seen to be believed. This is a city that likes its gyms and its jogs as much as it likes its boob jobs and its facelifts. The women seem to have stepped out of a fashion magazine: their features are flawless, their tan just right and the perfection of their figures exposes as much as socially acceptable.

This stretches far, for Rio is a very tolerant city where beauty is concerned, and concepts such as nudity are as elastic as the dental-floss bikinis surrounding me.

The men with their hairless chests, ripping muscles, cheese-grater stomachs and five-o-clock shadows at noon are as much in the watching game as the girls. When they’re not beating their bongos gently and seductively, they’re playing beach volleyball or that inspired Brazilian invention: foot-volley. This game is played with normal volleyball rules, except that players can’t use their hands to handle the ball; they have to head it, chest it and kick it up across the net. No wonder Brazilian soccer skills are so exceptional, for you need expert ball control to hold your own on a sandy terrain. The casual spectators, like me, are mesmerised, as the players tease, play-act and lead us on. They know they’re being watched – they’re playing for being watched. It’s all a show. This is what Rio is all about.

At the junction of Ipanema and Copacabana, a small, hidden promontory looks as if nature is playing along with the Watching Game. This is Arpoador beach where the surf is choppy and where, come the evening tide, surfers rub shoulders in the small, enclosed basin to ride those breakers. But why there and not the considerably more ample bay of Praia de Diabo on the other side? I checked: it’s because the promontory rocks slide gently on the side of Arpoador and serve as seats where spectators sit and scrutinize the surfers. This is why taming those waves is not as important as avoiding a bad wipeout: hey that’s uncool. And walking out on the beach holding your board is as crucial to your image as parading on a podium. For Rio is all a stage and even you and I are sucked into it, serving as the audience.

Flirt with Rio and the city will flirt back, satisfied that the gringo gets the game. Don’t avert your eyes in embarrassment: stare, fix your gaze and, yes, wink: this what everyone expects, especially on the beach. After all, no one goes in; the current is strong in Ipanema and the name in Tupi means “dangerous water”. In Copacabana hustlers of both sexes reach a density high enough for you not to want to leave any valuables behind. Look, no one is carrying anything other than sandals and a towel. They haven’t come out to shop, they’re not here to take pictures and they’re certainly not here to start tweeting on their smartphones, for averting their eyes from the mass of people around them would be sacrilege.

So, leave you backpack at home, put on some flip-flops and sunglasses, and join in: you’ll be surprised how easy you can slide into Carioca time.