Aboard the Glacier Express

The Glacier Express, a train to fall in love with, photo by kevinpoh on Flickr.com 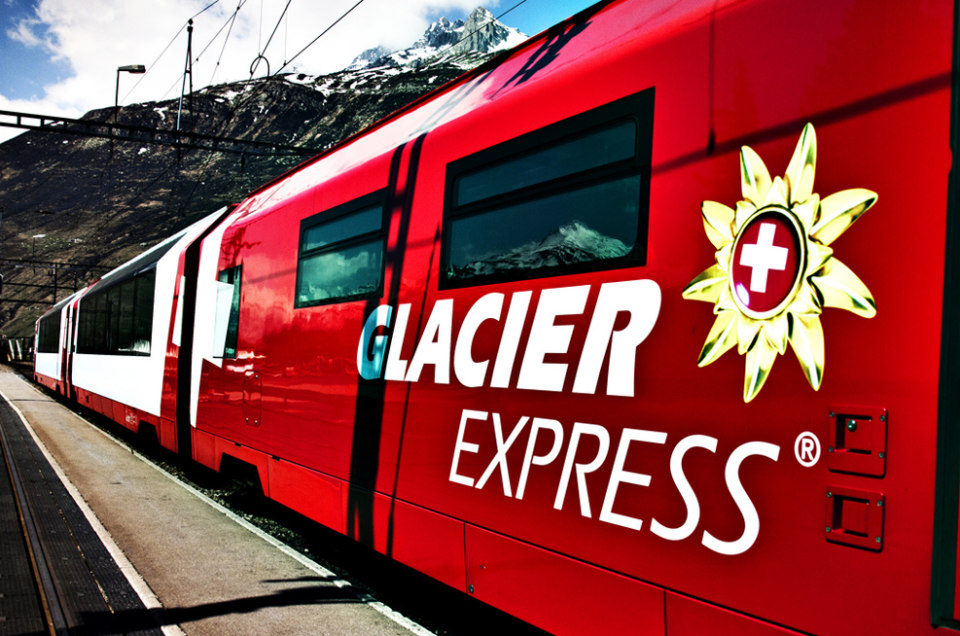 The Glacier Express, a train to fall in love with, photo by kevinpoh on Flickr.com 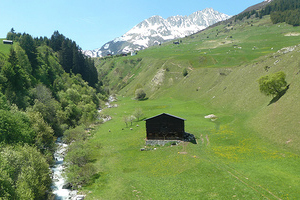 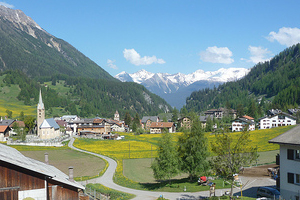 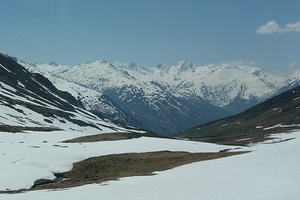 The early fall sun hits me from every side of the special panoramic windows that enclose our carriage, so much so that I’m asking myself whether I did well booking first class; second class is less exposed to the sky. But I dismiss the thought as we slowly move out of St. Moritz at 9:15am sharp and the breathtaking Alpine landscape towers above us. No, I wouldn’t have it any other way. This is the Glacier Express and I’m on a unique eight-hour rail journey that crosses the Swiss Alps west to east: from St Moritz in the canton of Graubünden to Zermatt near the Italian border.

The first section from St Moritz (5823ft) to Chur (1920ft) is the most interesting technically and has been designated a Unesco Heritage site not because of its beauty, but because of its ingenuity. The celebrated section between Preda and Bregün has five corkscrew tunnels that elevate the train 1200ft using centripetal forces. In this direction we’re descending, but at times I still lose my orientation and I’m grateful to the ever-present sun that points the way west. The conductor warns us before our approach to the Landwasser viaduct and everyone leans to the left. This single-track 466-foot curved viaduct that stands 213 feet high is the jewel in the crown of those early tunnelers who started digging in 1901 and delivered a wonder of engineering eighteen months later. Sadly, today it’s all wrapped for maintenance. Our collective murmur of disappointment could be heard in Zurich.

Half of the passengers disembark at Chur and the car fills up with Japanese tourists. They take pictures of themselves sitting on their seats with the Glacier Express logo on the side, proof for the folks back home. A French guy opposite me talks on his iPhone throughout our spectacular ride in the Vorderrhein gorge with the Rhine here still an insignificant mountain creek. After we pass a dozen tunnels and he gets cut off a dozen times, he finally gives up.

Our waiters present us with today’s menu. I pity those who only brought their own sandwiches. I’m having a soup, prime rib of beef and a strawberry roulade washed down with a red Dôle du Valais, a wonderful wine not to be found outside Switzerland.

At Disentis (3707ft) we stop for half an hour to change locomotives and leave the train for a stretch opposite the baroque Benedictine abbey that dominates the town. The Chur sun has now left us and the fog of the Oberalp pass ahead is engulfing us in the form of light drizzle.

We climb up to 6670ft the highest point of the journey. We are past the tree line, yet there are some hardy cows grazing in the barren landscape. I wonder if they have been intentionally dotted around to provide the Japanese with a final photo opportunity because, further up, the Oberalp station is thick with fog. We stop for a few minutes in the summit, enough to ponder that two great European rivers are sourced from below us: the Rhine to the east and the Rhone to the west.

At Andermatt the Japanese party is off and we all spread around the carriage. The train is running through the spectacular canton of Uri. Here houses are randomly built, yet evenly spaced like iron filaments repelling each other magnetically. This is exactly what we did in the train after the Japanese left. We don’t want our neighbors too close, do we?

We reach Realp and the beginning of the Furka tunnel. It takes twelve minutes to pass through. By the end we’ve reached the Valais and follow the ever-expanding Rhone to Brig. This is the Goms region, the most picturesque part of the journey, with larch-built houses blackened by the sun and the white peaks of the Alps as a backdrop.

At 2200ft Brig is the lowest point we’ll reach after Oberalp. Almost everyone leaves to take the fast train to Bern which is waiting alongside ours. They are missing the last ascent to Zermatt: dazzling, daring and not a little dangerous. There are recent signs of rockslides around the Vispa, which is wilder and much rougher than one might expect from an unheard-of Alpine rivulet. By the village of St Nicklaus, I spot my first black neck goats looking like a badly-attired pantomime horse: the front half is black, while the back half is all white.

Arrival at Zermatt (5263ft), our final stop, is a letdown. Not because at 17:02 we are two minutes late – how can our Swiss driver sleep tonight? – but because the mighty Matterhorn is hidden below low cloud.

I sigh, but shrug my shoulders; there have been enough highlights for one day.

A second class ticket reservation with a three-course meal served on the train starts from USD185. First class from USD308. http://www.rhb.ch.

Palm Springs is a Desert Playground