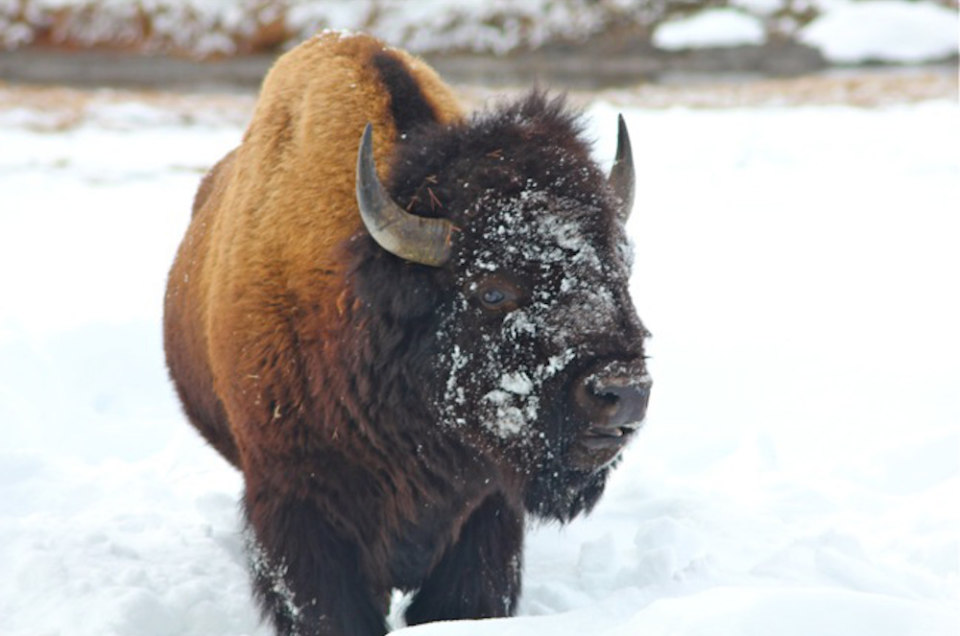 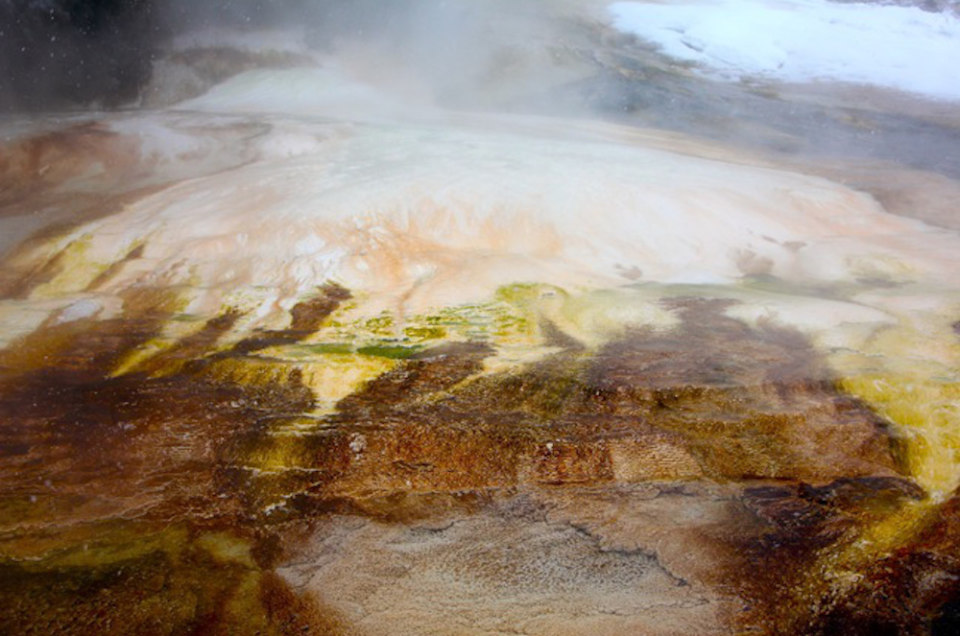 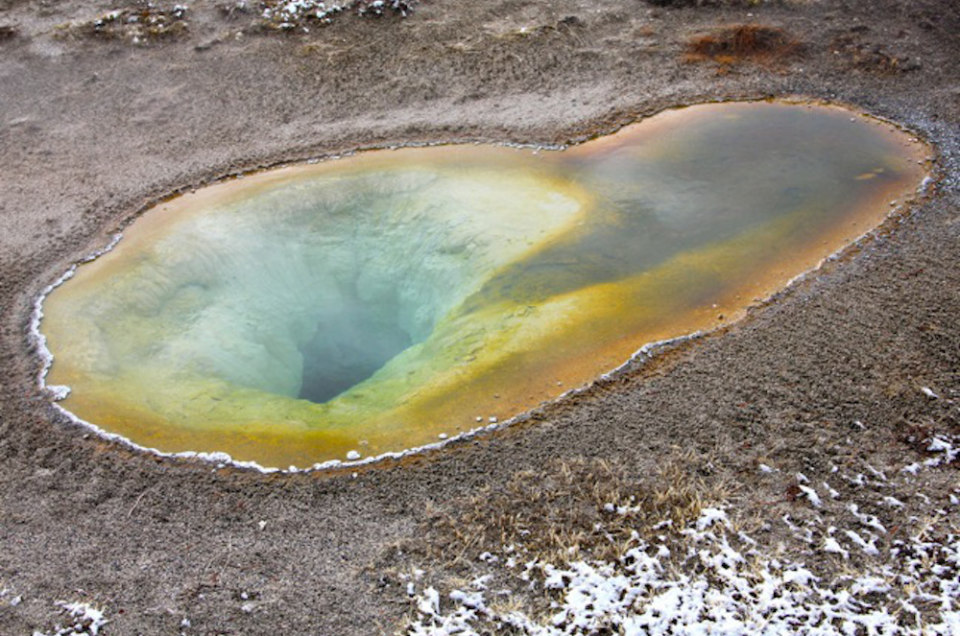 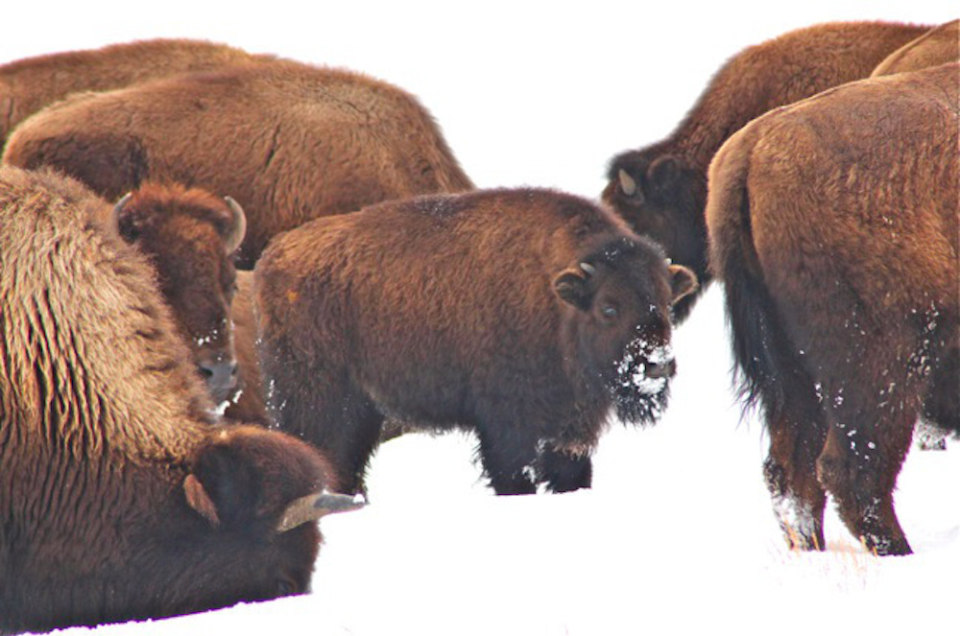 Created by an act of Congress in 1872 “For The Benefit And Enjoyment Of The People,” Yellowstone National Park has been a family vacation favorite for well over a century now.

Spanning nearly 3,500 square miles that encompass a bevy of natural wonders (one of the largest high-altitude lakes in North America, the largest geothermal features on the continent, etc.), the world’s first National Park offers more than its fair share of sightseeing attractions.

The waterfalls, geysers, hot springs and myriad unique geological formations alone could keep a nature-lover busy for a week. But when you add the largest population of megafauna in the United States– including bears, wolves, and vast free-ranging herds of bison and elk– it’s easy to understand why Yellowstone attracts around 3.4 million visitors a year.

Significantly less known is the fact that winter is a perfect time to visit, allowing you to avoid the crowds completely. And despite the fact that several different companies offer winter tours of the park, you still feel as if you have this remarkable national treasure all to yourself.

During our tour with Off The Beaten Path, we came into the park via the famed stone arch of the North Entrance, just as a light, steady stream of snow began to fall.

We didn’t have to venture far for our first impressive sighting, as Pronghorn skittered along a fence and an Elk herd gathered behind the Yellowstone National Park sign. Elk generally prefer to stay in the hills during summer months, but come down to lower elevations in the winter to get to the grasses upon which they graze without digging through several feet of snow.

Mammoth Hot Springs was created over thousands of years by geothermal activity from the Yellowstone caldera. Over two tons of hot water flow through limestone rocks and into the area each day. As it cools, calcium carbonate creates fascinating features ranging from travertine terraces and crystal-covered moss to fossilized trees and rocks covered in algae that shimmers with a rainbow of colors.

A word of caution: The walking paths can be slippery if there’s snow, so invest in a pair of Yak Trax to provide extra traction for your shoes. Otherwise, this is an easy hike filled with stunning highlights.

You’ll see wildlife pretty much anywhere you go in Yellowstone in winter, but the expansive wilderness of the Lamar Valley provided some of our most impressive sightings.

As we rode along in an alpine snowcoach (which has skis in front and a tank-like tread in back) we saw Elk, Bison and a pair of Bald Eagles nesting in a treetop right beside the road.

Located on the opposite side of Yellowstone from Mammoth Hot Springs, the park’s southern region features a number of distinctive attractions that are rendered even more otherworldly by the white of winter.

Roaring Mountain is formed of volcanic rock, sits 1-2 miles above the boiling magma of the Yellowstone Caldera, and is covered in fumaroles (vents or cracks in the ground). The snow boils as it seeps down through the cracks, and the sound of the escaping steam is like a giant volcanic teapot.

The Grand Canyon of the Yellowstone looks very different at this time of year. The upper falls are almost completely frozen, with crazy blue-green ice shapes formed from the waterfall’s mist perfectly complementing the snow-capped evergreens. You can also see more of the vivid colors for which the canyon is known– a result of hydrothermal alteration of the iron compounds in the canyon’s rhyolite rock.

The Hayden Valley is another great place to spot wildlife. We saw a huge herd of Bison grazing in the snow while protecting a 9-month old calf at its center, as well as a small flock of Trumpeter Swans swimming in a river by the road. But our favorite sighting here was a gorgeous red fox whose fluffy tail waved in the air as he pounced in the snow in search of small rodents.

The piece de resistance for any tour of Yellowstone, the Upper and Lower Geyser Basin are filled with postcard-worthy highlights.

The Upper Geyser Basin is home to the largest concentration of geysers on the planet. There were basically geysers erupting, mud pots bubbling and hot springs boiling everywhere we turned. Bison roamed around impressive geothermal features such as the multi-hued Belgian Pool, Castle Geyser and the park’s most famous attraction, Old Faithful.

The Lower Geyser Basin doesn’t offer such world-renowned tourist attractions, but it makes up for it in sheer quantity: At one point, we watched three different geysers erupting simultaneously, as if nature were putting on a show just for us on our last day in the park. From the scenic backdrop of Mystic Falls to the gorgeous colors of Emerald Spring, the day produced some of my favorite photos from Yellowstone.

There’s a wistful feeling you get when leaving a place like this, especially after seeing mule deer crossing the road and bison walking in the middle of it just outside the park. Winter proves to be a magical time to visit Yellowstone National Park, reminding us of the importance of preserving one of America’s most historic natural wonders for future generations.