You Must Try Cuy “Guinea Pig” in Peru 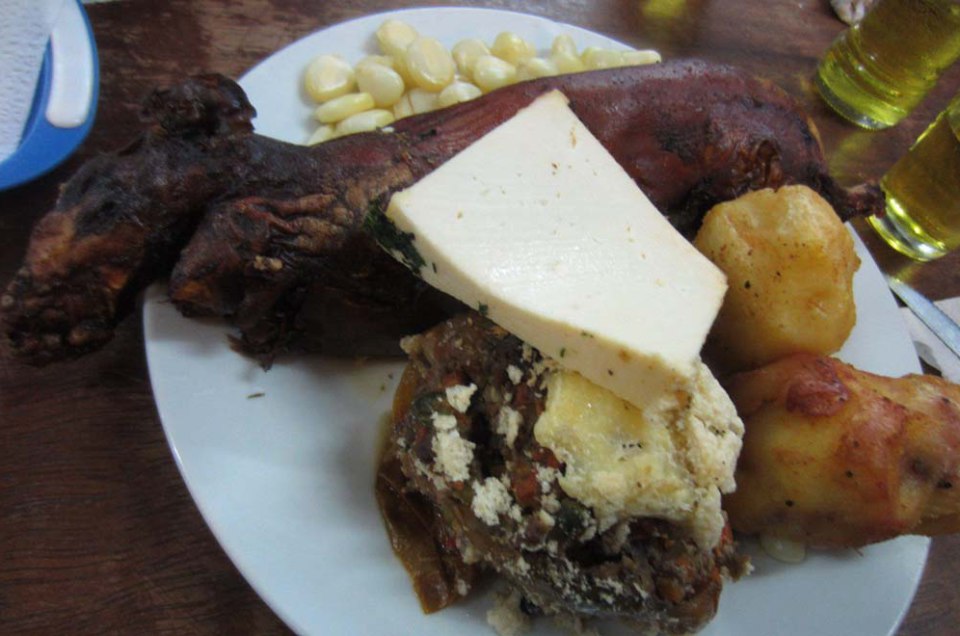 If you had told me as a second grader that later in my life I would be eating the cousin of my beloved pet Guinea Pig, Mr. Toffee, I would have thought you were crazy. But that is exactly what I did during my recent adventure to Peru.

Cuy, as the Peruvians call it, is part of the traditional cuisine and as they say “When in Rome Cuzco, Peru.” Cuy is an Andean delicacy and can be rather expensive compared to other meats so I had been recommended to eat at a hole-in-the-wall local establishment where I could eat authentic Cuy for cheap. La Chomba restaurant is located in a back alleyway in Cuzco that seemed like the perfect crime scene in my seen-to-many-episodes-of-CSI mind. However, upon entering the restaurant, I was at ease to see a nice little place with quite a few locals. The menu is written on a chalkboard on the wall in Spanish without any descriptions.  Luckily, I knew what I was going to order and didn’t need rack my brain to try to see if I remembered any Spanish food vocabulary from high school. And just like that, it happened: I ordered the platter of Cuy.

I had done my research and was fully prepared to be served exactly what looked a charred Mr. Toffee. However, that didn’t mean that I wasn’t a little taken aback when the little guys paw was sticking straight out and the ear and eye were casually there. I picked up my knife and fork, gave myself a little pep talk, and dove right in. The skin of the baked Guinea Pig was nice and brown, but I expected it to be a bit crispier. My first cut down the middle opened up what originally I thought to be a nice green herb stuffing, but then I wasn’t so sure it wasn’t some of the animal organs. ABORT MISSION! Wait no, I can do this. I then cut closer to the hind end and struck some moist, semi-stringy meat. It seemed similar to pork and I was back on track ready to insert fork to mouth. I ate it. The herbs and salt were present and the meat was actually good! The closest animal I could compare it to was rabbit but it didn’t seem as gamey. All the visions of my beloved childhood pet were gone and this carnivore went to town on the cuy for what turned out to be a tasty meal.

In closing, try the cuy if you find yourself in Peru!