Searching for my roots in Ukraine 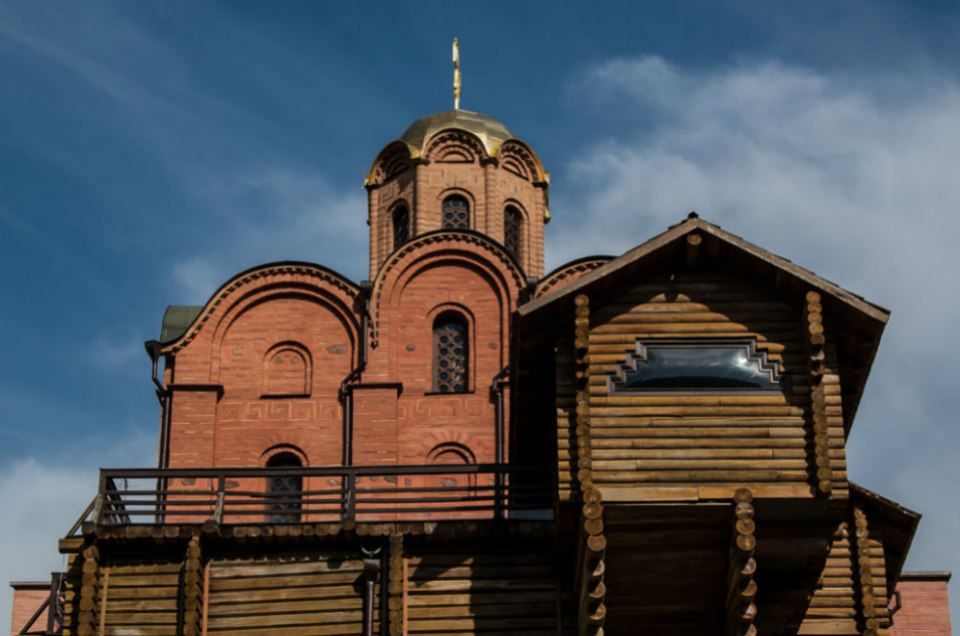 When I grew up, I was mesmerized by the village my grandmother came from in Russia, but she didn’t want to talk about it.

“Grandma, where do you come from?” I would ask her.

It took me more than two decades to figure out that her shtetl, or village, used to be part of Russia, but today it’s in western Ukraine. Borders changed, occupiers changed, but now Ukraine is a free and independent country.

If your grandparents or great-grandparents told you they came from Russia, Poland, or the Astro-Hungarian Empire, and you are trying to find your roots, there’s a good chance that you, too, may be looking in the wrong country.

A few months ago, I decided to stop wondering about my grandmother’s village and actually go there. I trolled the web until I discovered Jewish Gen, and then I stayed up half the night finding folks whose ancestors came from the same area as mine, and figuring out who was the best guide to hire.  I flew to L’viv, and Alex Denisenko met me there.  A well-known and respected scholar and researcher, he acted as guide and translator, and provided a car and driver. He made the Ukraine come alive for me with his contacts, deep knowledge of the area, and willingness to share the information he has gleaned from decades of work.

We set off to visit Ukraine’s historical sites and I learned that before World War II, Jews played an active role in the vibrant intellectual, social, political and commercial lives in important urban centers like L’viv, Kiev and Odessa. In the shtetls, people were generally poor, pious, and community-oriented. Everyone knew everything about everyone else and doors were always open. The upside of this is that people took care of each other; the downside, for me, was that one’s private life became public. The most esteemed activity in the shtetls was to study Torah and rabbinic texts, and women often worked to support their scholarly husbands. There wasn’t a whiff of Feminism in the shtetls.

Urban and country folk all shared a common culture, but they were far from homogeneous; they were rich and poor, secular and religious, Zionists and pro-assimilation.  Among them were saints and sinners, rabbis and rebels, scholars and scoundrels, and the echo of their former lives can still be heard in Ukraine today in abandoned and repurposed buildings, in streets named after writers like Sholem Aleichem or the mikvas (ritual baths) or shochets (butchers) who once lived there.

During a trip to Ukraine, it is even possible to experience a renaissance of Jewish life; synagogues and community centers are once again dotting the landscape. And Americans of all religions and backgrounds who frequent delis and happily consume borscht, latkas (pancakes), knishes (dough stuffed with meat, cheese or other filings), kasha (buckwheat), mamaliga (polenta), cabbage soup, and kishke (stuffed intestines) are thrilled to find that Ukranians eat many of the same foods.  Every woman has her own secret borscht recipe, and one of the delights of a trip to Ukraine is to savor the differences and convince a Ukrainian woman to share her recipe with you, so you can take it home and try to reproduce it. Good luck. Centuries of practice have made Ukrainian women the goddesses of borscht.

Specialized tours in Ukraine cater to Americans who want to walk, as I did, in the footsteps of their ancestors, and explore historical buildings, cemeteries, museums, synagogues, shtetls, the sites of ghettos and mass exterminations and find out why the Jews left the area and the horror of what happened to those who stayed behind. Visitors often feel gratitude and pride in the bravery of those who lived during Czarist times and pogroms, and left before the Nazi invasion and Holocaust.

Although the heart of my customized tour was the village my ancestors inhabited, other regional highlights included the castle and fortress in the city of Kamenetz Podolsk, which has been nominated as a world UNESCO World Heritage site and awarded the status of one of the Seven Wonders of the Ukraine;  cemeteries in towns like Khotyn and Rohatyn which are being lovingly restored by descendants in the USA and Israel; evocative headstones in cemeteries that are adorned with deer, fanciful beasts, and hands joined in priestly blessings; an unusual Kairite cemetery that overlooks the Dniester river in Halych;  and highly informative museums with historical artifacts and Judaica in various places, including L’viv and Chernowitz.

Ukranian locals—from city dwellers to villagers—enjoyed sharing their memories with me, and, in many cases, they provided clues about how my ancestors lived before they left for the U.S., and pointed out houses and buildings that were formerly owned by Jewish people. Sometimes they wept as they told stories of what happened to their friends and neighbors during the Holocaust.

Two rabbinic tombs are definitely worth a visit: one, in Medzhybizh, is where the Baal Shem Tov, the great mystic and founder of Hasidic Judaism, is buried. His synagogue has also been lovingly restored. The second is in Uman, and pilgrims come from around the world to honor the famous teacher, healer and mystic rabbi Nachman of Bratslav.  Numerous visitors, both religious and secular, claim that miracles happen at each of the tombs. And who can ever experience too many miracles?

The website, JewishGen.org, has a wealth of information about Eastern European Jews, and, in many cases, all you need to start your search is the name of an ancestor or a town.