War, Peace and a Great Vacation

Namibia, by Derek Keats on Flickr.com 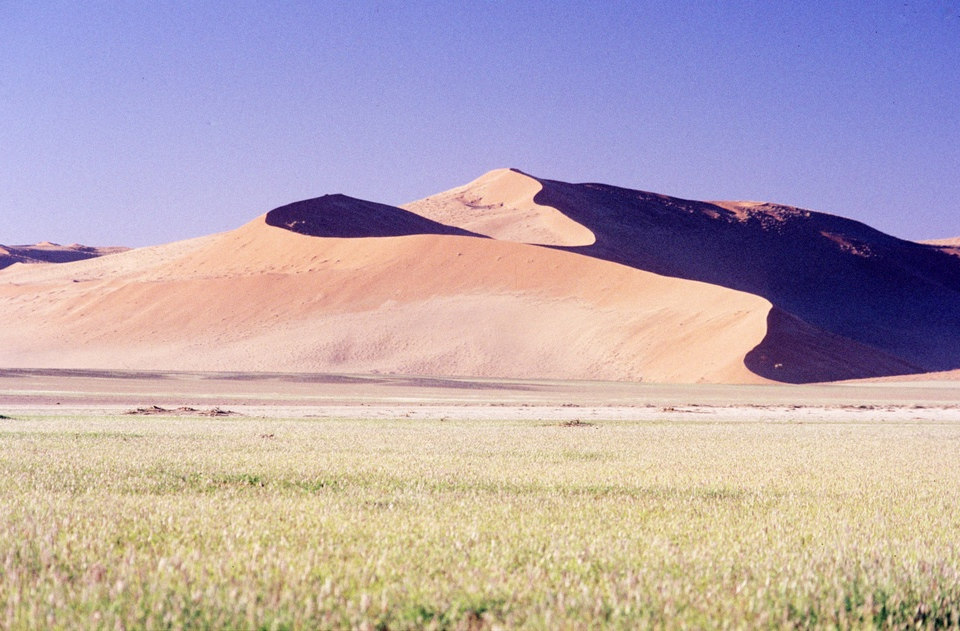 Namibia, by Derek Keats on Flickr.com

While a history of war, strife, social unrest or oppression may not sound like the keys to a perfect vacation destination, a growing number of people are learning that the road less travelled—or, in some cases, the road that’s still being built—can lead to some amazing experiences. A number of unlikely places, countries that until very recently didn’t even appear on the tourist map (often for very good reason) are emerging from a dark and troubled past, luring travellers seeking more than a suntan from their trip.

By providing a relative amount of peace and stability (and in the best cases, democracy and infrastructure), countries formerly blacklisted by foreign affairs watchlists are now providing a safe atmosphere where travellers can feel comfortable to explore beaches, markets, historical and cultural sites and even former battlefields that were previously too dangerous to visit.

In many cases, these remain untrammelled and untainted by the inevitable curses that come with mass tourism—attractions overcrowded by motor coach tourists marching in lockstep, a local population jaded by too many bad experiences with ugly tourists, trinket shops on every corner.

And they are providing that elusive quality after which so many world travellers yearn: Authenticity, and the opportunity to experience a place on their own terms.

And a little bit of good marketing helps, too. “The challenge for regions that have experienced conflict in recent years is to use the media to their advantage—they have to reposition themselves so that images of war and conflict are not the first ones that come to mind for travellers,” says Katie Olsson, a sales manager for Intrepid Travel, an Australian company (with offices in Canada) that provides small group tours to destinations that the average traveller may not feel comfortable handling on their own. But authenticity cuts both ways. Those that spurn traditional sun spots or European favourites for a more edgy place should be prepared for some degree of frustration and even discomfort. The sounds are louder, the smells can be fouler, the screen that often separates a visitor from the harsh realities of local life is frequently nonexistent. But face-to-face encounters are definitely a good thing. “One of the best aspects about visiting a place that has recently emerged from closed doors is the joy on people’s faces when they see the world has not forgotten them,” says Olsson.

Emerging destinations vary a great deal from one another in terms of service, infrastructure and the amount of luxury amenities available. For the newly emerged or just emerging (like Iraq), some of these things can be virtually nonexistent, while for others who have had a longer time to establish themselves (like Cambodia), a wider range of options is available. A little bit of preparation and research is always a smart idea, on everything from shots required to reputable operators for day trips or even fully planned vacations, to the existence—and location—of five star dining and lodging. Here are four countries that are turning their peace into prosperity and are fast becoming some of the most popular emerging destinations for adventurous travellers.

While the infamous “Shock and Awe” bombing campaign that opened America’s war on Iraq took place just a decade ago and rumours of civil war still sometimes swirl, this unlikeliest of destinations is making a fast comeback. Newly independent and free from the dictators and conflicts that have plagued its recent past, Iraq is inviting visitors to explore the country’s ancient history. Siting on the lands of ancient Mesopotamia—often regarded as the cradle of civilization—Iraq is home to some 6,000 years of history, from the Babylonians and Assyrians to the Persians and Ottomans. With intermittent violence still a reality, security can be an issue, but experts and recent visitors note that reconstruction efforts in Baghdad and other cities are taking root, and that hotel infrastructure is coming back, albeit slowly. Tours operated by companies like UK-based Hinterland Travel (who have been in the country for more than 30 years) include UNESCO World Heritage Sites as well as more recent curiosities like Saddam Hussein’s palaces.

One of Africa’s largest and youngest countries, Namibia is also one of the most stable nations on the continent, home to a true representative democracy and a network of good roads that crisscross its vast, sandy territory. After a decades-long guerilla war, Namibia achieved its independence from South Africa—and its hated apartheid system—in 1990. And while its greatest fame arguably came from being the birthplace of Brad and Angelina’s baby Shiloh in 2006, Namibia offers travellers even greater natural wonders, including the world’s tallest sand dunes (which rise as high as 300 metres), an internationally renowned wildlife reserve (Etosha National Park, which includes four of the Big Five safari animals and protects an area more than half the size of Switzerland) and the oldest desert on earth. You can ride through the giants dunes on a quad bike or zoom down the side on an improvised sled (something called “sand-boarding”); self-drive through Etosha (a unique pleasure), swim in the Atlantic at Swakopmund (a chilled out beach town whose colonial past gives it the look of a Bavarian village) then return at the end of each day to a good meal and a comfortable guest house.

A place of tragic beauty and a history that is both compelling and heart-wrenching, perhaps no other nation on earth so completely entangles the positive and negative aspects of its past. This is the land of the Mekong River, of floating markets, and of the exquisite temples at Siem Reap, but also of Pol Pot, the Khmer Rouge and the mass murder of some two million in the Killing Fields of the late 1970s. Its amazing archeology forms the heart and soul of tourism here—most visitors head straight to Angkor Wat and the constellation of sites that surround it, arguably the most stunning temple ruins found anywhere on earth. But travellers are also taking time  to travel to Cambodia in order to familiarize themselves with more recent events, including on their itinerary visits to places like Tuol Sleng and Choeung Ek, both of which commemorate the horror of the ‘70s (Choeung Ek preserves mass graves that still give up bits of bone and scraps of clothing, and is centered around a tower filled with sculls). But while such experiences can be difficult (albeit worthwhile), travel within the country generally is not—regular flights connect Siem Reap with capital Phnom Penh, and a number of luxury brands (including Canadian-owned Raffles) have set up shop in both cities.

While perhaps no single nation in the second half of the 20th century is so associated with genocide as Rwanda, almost two decades have passed since those terrible days, and both reconstruction and healing have taken place in significant ways. Safari tourism is alive in this country—home to one-third of the world’s remaining mountain gorillas, more and more travellers are replacing those 1994 news images with pictures of spectacular, endangered primates living in their native habitat inside the bamboo forests of Rwanda’s national parks. And apart from gorillas, tiny Rwanda has much to offer, from the beauty of the Virunga Volcanoes (which National Geographic has called “Africa’s green and fiery heart”) to the beaches on Lake Kivu, which Lonely Planet has recognized as some of Africa’s finest inland beaches. And a little time in its capital, Kigali, is definitely worthwhile, both to visit the city’s informative genocide memorial center, and to spend at least one night at  Hôtel des Mille Collines—the actual Hotel Rwanda