Mummies and Mounds in the Canaries 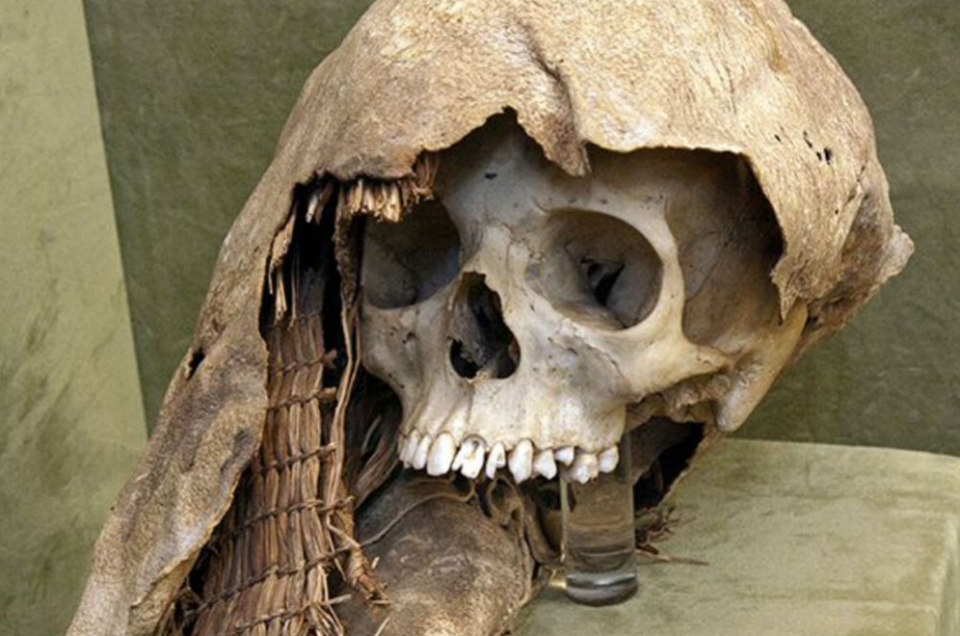 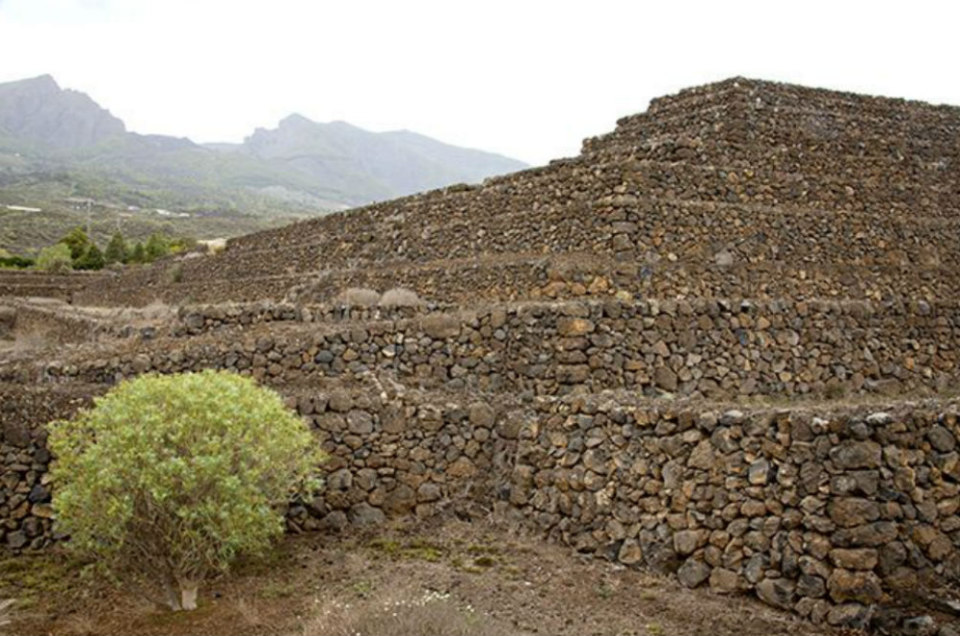 The pyramids in Guimar, photo by Paul Ross

When my husband Paul and I arrived on the Spanish island of Gran Canaria—part of the Canary Island archipelago off the northwest coast of Africa—our guide greeted us with surprising news: “I know you are intrigued by culture,” he said, “and I thought you might be interested in who the original settlers were on our island. They were Berbers, from North Africa. They came by boat 2000 to 2500 years ago.”

Might be interested? The word “obsessed” would be more applicable. I wanted to know everything about the indigenous people of the islands: How did they live? What was their culture like? Were they hierarchical or egalitarian? What did they look like? What did they leave behind? My guide grinned and said there were a lot of places I could find answers.

According to my guide, there were about 20,000 native people before the Spanish came as occupiers and rulers in the l5th century. The locals resisted, and a bloody five-year war wiped out all but a few thousand of them. Today they are generically called Guanches, although the more specific name Guanarteme is also used on Gran Canaria. There are no purely indigenous people today, although the Canarian population has a significant percentage of Guanches DNA.

During the years when Spain was under the oppressive rule of Francisco Franco (he died in 1975), cultural diversity was repressed and there was no talk of Guanches. But now many locals I met stated proudly that they identified with the Guanches, certainly had Guanches blood, gave their children Guanches names, and the islands are dotted with monuments, museums, sites and even restaurants dedicated to and dealing with the ancient ones.

They depict the Guanches fighting the Spanish with sticks and stones, and jumping from cliffs to commit suicide rather than become slaves to the conquerors.

The town of Galdar, in the north of Gran Canaria, was where the Guanartemes, or aboriginal kings lived (both the people and their rulers are called Guanartemes). The Cueva Pintada Archeological Museum has been constructed around an ancient village. Inside, we saw artifacts like pottery, carvings, fertility figures (an astounding 2,000,000 artifacts were found) and watched two films with information about the people who came by boat from North Africa with animals and grains, and inhabited the islands. Then we entered the main part of the museum, which is a vast archeological site—58 houses and three communal kitchens made from volcanic stone. Some of the homes had three layers of walls to protect against the elements.

The center of the historic community was a troglodyte complex where people lived, stored their food, and performed their ceremonies. The highlight of the museum is the painted cave, which is adorned with colored geometric shapes and lines, and was probably executed in the l2th century. Was the cave used for ceremonies? To honor the dead? As of now, no one knows for sure.

Back in Las Palmas, we visited El Museo Canario, a world-class prehistoric museum, which houses an impressive collection of mummies. Wrapped in three layers of animal skins, the ancient ones lie on their backs with their heads turned to the side, still exuding a strong presence across the centuries. There is also a large room of skulls and mummies, with analysis of which diseases they had, surgeries that were performed –like trepanation where holes were bored into the skull– and evidence of bodily harm inflicted on each other. I fantasized that with all the fighting, surely there was a peacemaker or two who pleaded, “Hey, fellow Guanartemes, can’t we all just get along?”

We took a ferry to the island of Tenerife, and headed for the Natural History Museum of Santa Cruz. We marveled at the extensive display of Guanches pottery, fish hooks made from animal horns, grinding stones, skulls, bones, mummies and stones engraved with writing. I stared for a long time at the mysterious markings—lines, geometric shapes, alphabetical characters—and tried to imagine who had made them and what they wanted to communicate to each other or leave behind for the dead or future generations.

Near the iconic church of Candelaria—the black virgin is the patron saint of Tenerife and the church is high on most visitors’ lists of things to see—are huge bronze statues of the nine Mencey, who were the Guanches tribal leaders. I think their size is a reflection of the Guanches’ stature—as they were probably tall—and also depicts the large place the Guanches now have in the hearts and minds of present-day Canarians.

We were so interested in the Guanches that we waited for days to check out a historical site that has nothing to do with the Guanches, but is equally intriguing. In Guimar, there are six stone pyramids, with steps and large platforms; the main pyramids are aligned to the solstices. Famed archeologist and adventurer Thor Heyerdahl was fascinated by them, and a museum on the site makes his strong case for a connection between all the pyramids found in the world—from Egypt to Mesoamerica (www.piramidesdeguimar.es).

The Guimar pyramids are very controversial, and some local archeologists think they were made by farmers who were piling up stones from their fields over the last few centuries. Having visited scores of pyramids in Mexico and Central America, I come down on the side of Heyerdahl. Tossing stones that aligned to the solstice? Chucking rocks into formations with platforms and stairs? I think not.

Apparently, the Canaries have been known since ancient times, and it’s fascinating to think of the people who passed through and stayed there. Today’s visitors to the Canaries—who are largely drawn by the ocean, beaches and magnificent Teide National Park—could have a richer, deeper experience of Canarian culture by going on the trail of the ancestors. They can, for example, experience a Guanches-style wrestling match. Or they can ponder for a moment that Teide was a spiritual place for the ancient inhabitants. Called “Echeyde,” it meant “dwelling place of Guayota, the evil one,” and it’s where the sun god was captured and then freed—which is probably why the sun shines so brightly on the island.