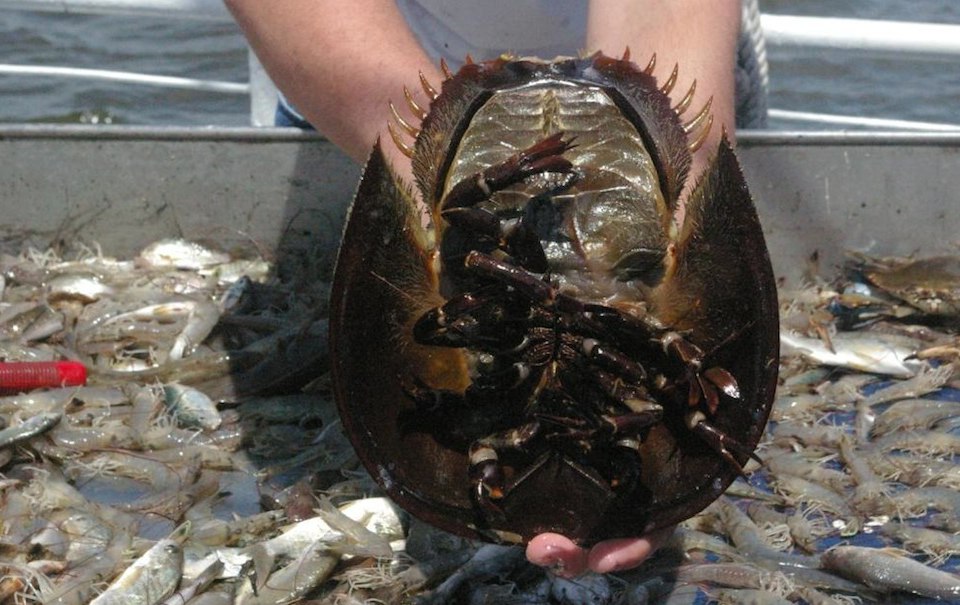 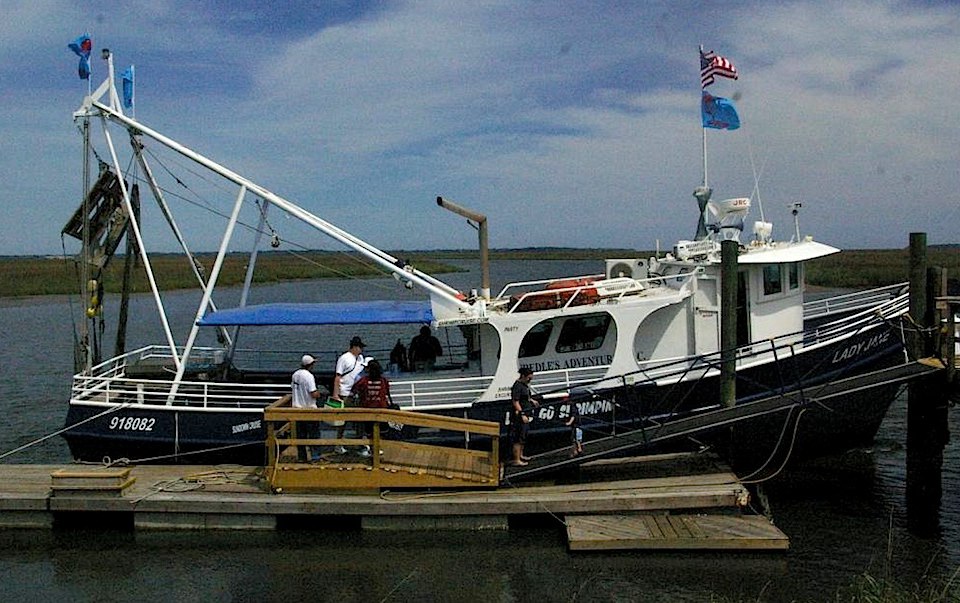 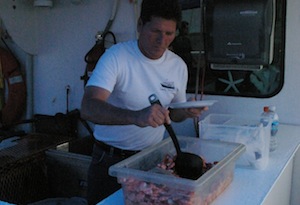 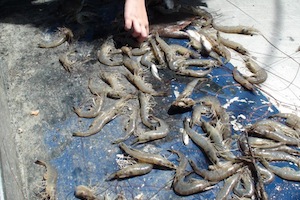 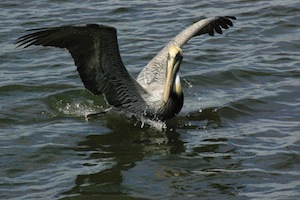 We’d only been out of the port 15 minutes, but the sound of the winch alerted us that the net was dropping to trawl for shrimp. Fresh, coldwater Georgia-coast shrimp.

And we’re going to enjoy wolfing it down, shrimp about as fresh as you can get.

The ship heads out on a regular schedule, and the birds in the area certainly are tuned into it – as well as the sound of the winch. The gulls and pelicans surround the ship, flying slightly behind or even in the case of a few bold birds, along side the port and starboard sides, as the net sinks into the water – they’re all hoping to benefit from the sea’s harvest on this late April morning.

Splash! Into the waters of the channel goes the net. It stays submerged underwater for only 15 minutes, because the Lady Jane does not use a turtle exclusion device, a ring about the size of a garbage can, to prevent accidentally catching any of the area’s hard-shelled reptiles.

The time is up and they pull the first catch in. It’s not really large in terms of quantity of shrimp – but it is interesting. In addition to the shrimp, it includes a horseshoe crab (not great eating) a couple of small stingrays (handle with care!) a sea trout, a blue crab, a spot fish and, of course, some shrimp.

First mate John Tyre is busy cooking up some fresh shrimp to serve to the passengers on board, along with some shrimp sauce. I feel like I’m in the middle of a Jimmy Buffet song… “…smell that shrimp, it’s beginning to boil…” Alas, no margaritas are served aboard the Lady Jane.

But as far as the shrimp goes – it doesn’t get any fresher than this!

As we fill our faces with shrimp, the captain takes the ship out into the Sound itself, then the net goes down again and in 15 minutes, up come some more shrimp.

Aside from the great feed we get, it’s a great experience for kids to view sea critters they would not normally see. Clifford Credle, the captain’s son and also a mate on board the ship, is great with the kids, picking out the various critters and showing them to the kids on board, explaining what each one is.

Most of them get tossed back – and some of them are grabbed in mid-air by the attendant sea birds, which never leave their jobs as “escorts” for the boat.

How far out the Lady Jane goes is weather-dependent; this time of the year, they don’t head out as far as they might later in the season. The depth of the shrimp depends on the water temperature, the barometric pressure and the varying salinity of the water.
That, in turn, determines how deep they trawl. The distance-to-depth ratio is 6:1, that is, for every six feet of net you let out, it sinks one foot.

Even if the weather is a bit spotty, there’s no need to worry. The Lady Jane comes complete with an air-conditioned cabin, and a restroom.

Of course, if the weather co-operates, you’ll want to take full advantage of the ship’s large open decks with ample room to walk around and enjoy the view, take some pictures or just soak up the sea air and sunshine.

The crew is very helpful, too, answering any questions they can about the marine biology, geography or history of the area. Credle has a long history up and down the coast, having earned the title of “Captain” while working in the commercial shrimping industry.

However, economics changed, and it dictated a change in the way he made a living from the sea.

“It became tougher and tougher to make a go of it along here as a commercial shrimper, so we decided to offer shrimping tours,” he says. “That way we can still earn a living doing what we love – sailing a ship out onto the ocean and catching some shrimp.”

We turn around and head back toward Clubb’s Creek and send the net down one more time.

“Who wants more shrimp?” calls out the first mate, and the crowd mills back toward the counter where he’s still dishing it up.

We’re barely finished cleaning off our plates before we spot the dock and the Lady Jane starts to slow down and ease up to the dock. The birds that had followed us so closely for most of our trip realize the party is over, and they’ve all gone home – or at least to nap before the next shrimpin’ cruise heads out that afternoon.

There are several area hotels along the coastal area, mainly on St. Simon’s Island, a 20 minute drive from the dock where the Lady Jane resides.

For more info about activities to do and places to eat or stay in the area, visit http://www.explorestsimonsisland.com/

The closest international airport is in Jacksonville, Florida, about two-hour’s drive from St. Simon’s.