Grouper by ralph and jenny on Flickr.com 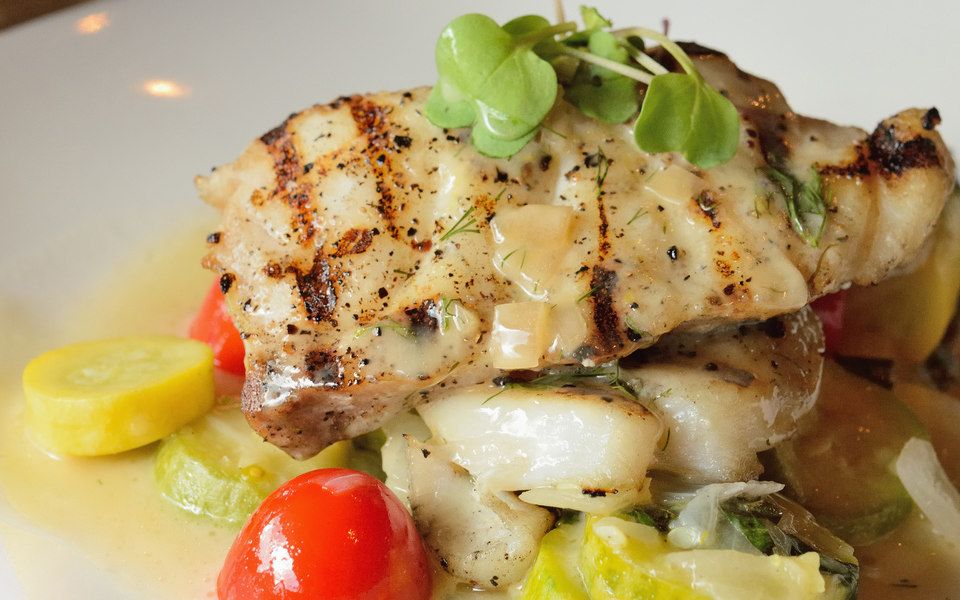 Grouper by ralph and jenny on Flickr.com

Barbados punches well above its weight in the tourism stakes. Sports VIPs, pop stars and TV personalities have descended on the island attracted by its beaches and its hot but not-too-hot dry season that starts in December and ends in June. In their wake, they brought celebrity chefs, fine dining and interior designers that have transformed the restaurant experience on the island. And I’m about to find out.

My first stop is the Cliff, by general consent the top restaurant and a favorite haunt for superstars. The decor here resembles the deck of a ship wrecked on a mountain precipice, lit by gas fires that hover above the diners. The chef, Paul Owens, is from Liverpool and is full of anecdotes about the regulars who range from Beyoncé and Jay-Z to Westlife and Rihanna.

I’m glad to report that the food is up to the standard of Paul’s tales. There is a hidden European touch despite the internationalism of the dishes: the deep English flavor of a roast Gressingham duck breast, the Italian playfulness of open shrimp ravioli or the French savory snails in a puff pastry case. The desserts (all $30) are all spectacular.

If you like playing with your food, try the signature Rum Baba where a plastic syringe lets you squeeze Barbados rum into the syrupy body of the Baba cake.

The main competitor in the dinner stakes is the new kid on the block: Cin Cin, just a bit further to the south, exploded in the gastronomic scene of Barbados in the summer of 2011 and is so good it is giving the Cliff a run for its money. The decor is all large leather pouffes, moody lighting and yellow/beige furnishings inside, with a long balcony overlooking a beach outside. It is a mark of the quality of the service that I never noticed who filled my wine glass or when. Dishes appeared in front of me at the right time as if the staff were telepathic. And what dishes they were. The vegetable tempura was served with hot Caribbean sauce, the chicken breast was pan-baked in a pecan crumb while the pumpkin ravioli were toasted with pine nuts. Cin Cin have won the island’s gourmands by taking risks, and they won me over, too.

For lunch, your best bet is Lone Star on the eponymous beach on the west coast, where cruising catamarans let their passengers swim with the green sea turtles that live in the bay. There are two sides to this restaurant. Lunch is a very informal business, whereas evenings can be highly exclusive: British Royalty has dined here. Seafood is the main focus: seared tuna, fried calamari and Cesar salad with shrimp – I’ve tasted them all. Don’t be frightened by the blackened dolphin dish. It’s not really Flipper; it’s a fish called mahi-mahi that lives in these waters. And if you raise your eyebrows at the sea cat special, don’t; it’s octopus.

Lastly, if you are on the island in mid-November, you’re in luck. The Food, Wine and Rum Festival is one of the top epicurean experiences in Barbados with cooking demonstrations, Bajan (i.e. Barbadian) Sunday Fiestas, Wine and Rum Tastings and BBQ tours over a four-day long weekend packed with fun, food and fine dining. I missed it, but it’s a good enough reason to return.

Chew on This: Ordering a Philly Cheesesteak