Oslofjord: A Cruise Through Modern Norway

A sightseeing cruise on the Oslofjord sounds like a touristy way to spend two hours--but it offers a unique look at the economic, cultural and geographic landscape of Norway. (Courtney Linehan | Travel Mindset) 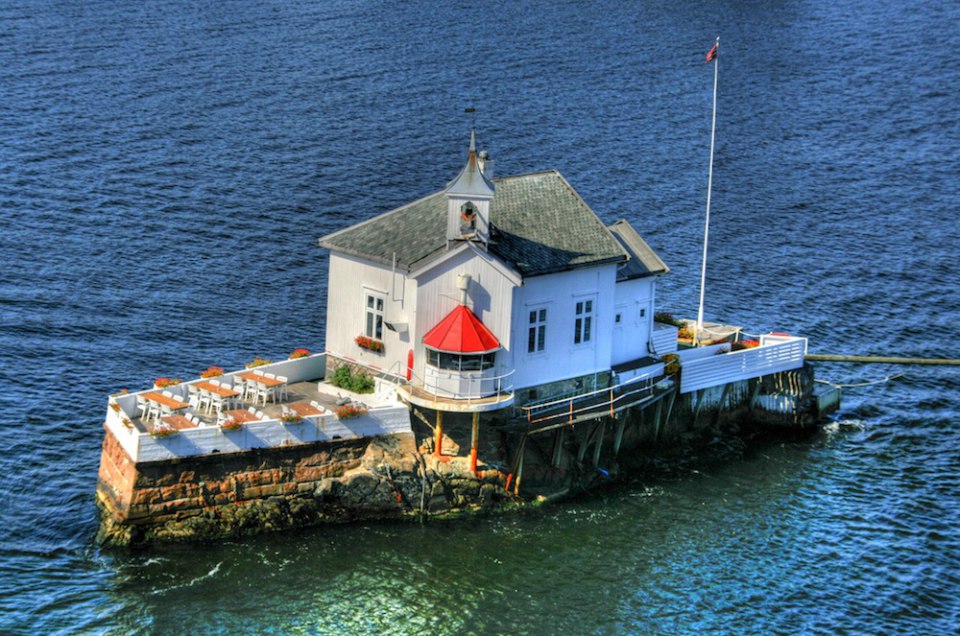 A sightseeing cruise on the Oslofjord sounds like a touristy way to spend two hours--but it offers a unique look at the economic, cultural and geographic landscape of Norway. (Courtney Linehan | Travel Mindset) 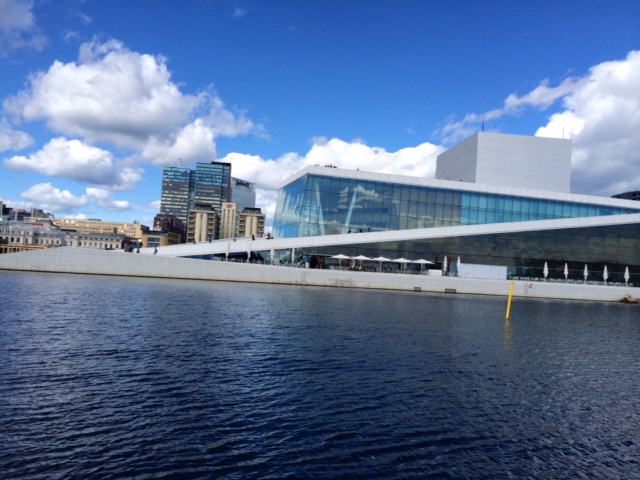 Oslo's new Opera House, opened in 2007, is an example of the modern architecture springing up during a building boom on Oslo's waterfront. (Courtney Linehan | Travel Mindset) 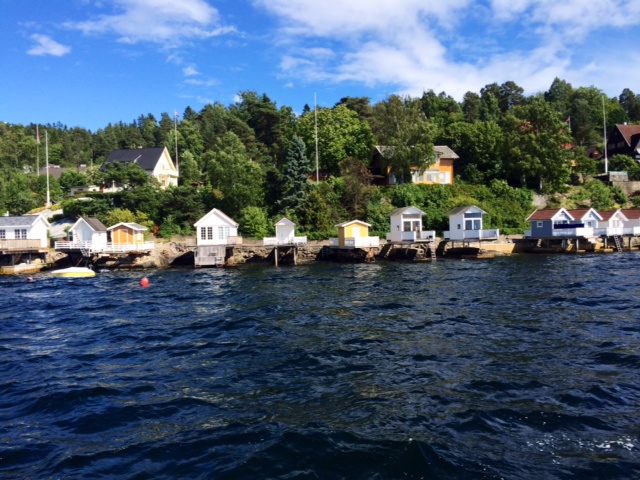 As you pass from city to countryside, you'll see rows of tiny cabins Norwegians use for taking a dip in the chilly freshwater Oslofjord (Courtney Linehan | Travel Mindset). 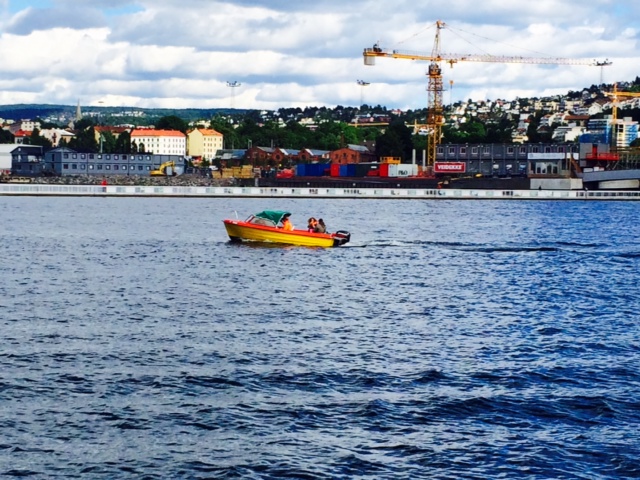 Cranes like this one are a common site on Oslo, some working as part of Norway's shipping industry, and others on construction projects (Courtney Linehan | Travel Mindset). 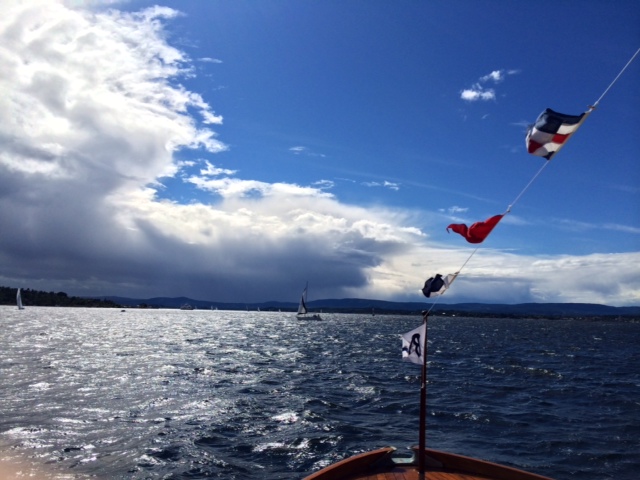 It takes only an hour by boat to feel far from the urban landscape (Courtney Linehan | Travel Mindset).

We stepped onto the boat, looked around, and saw not a single seat free. It was like the school bus scene in Forrest Gump: row after row of tourist spreading farther apart to make it clear they didn’t want one more person squeezing onto the bench beside them.

“Can we just stand at the front of the boat?” one of my friends asked the tour guide.

“Sure,” she replied. “I’ll even leave the hatch open so you can look out the top.”

Our group settled in with the best view in the boat for our two-hour tour of Oslofjord.

Visitors to Oslo are often on their ways to, or back from, the soaring mountainscapes of Norway’s Fjord region. It’s difficult to compare those deep, clear, largely uninhabitable channels to the Oslofjord, which by contrast is the beating heart of a booming urban region.

Norway’s economy has skyrocketed in the 20th and 21st century following the discovery of crude oil in the snow-capped north. As a result, your dollar doesn’t go far; we paid 30 bucks for nachos one night, and a beer will run about $14.

Rapid development has overtaken the capitol city, another result of the oil boom. And while you see scaffolding and construction sites as you walk throughout Oslo, riding through the fjord provides a captivating picture of the economic development.

As our boat pulled away, we passed rows of cranes towering above the water, some part of Oslo’s massive shipping industry but many more devoted to building projects. I stuck my head out of the hatch as we passed the Oslo Opera House, completed in 2007 at a cost of more than $700 million. Its angular white façade rises as an iceberg from the water, and the public is invited to take a peaceful walk up the sloping marble roof. After the building was paid for, Oslo found some spare change in the budget and commissioned a glass and steel sculpture, titled “She lies,” which floats in the water outside the opera house. Seeing it from the water, then later walking up the sides, provided a uniquely thorough image of this massive architectural undertaking.

As the boat continued into the Oslofjord, skyscrapers gave way to country cottages, one of the most valued signs of success in Scandinavia. The waterfront homes each had a corresponding boathouse with a door through the bottom—designed for skinny-dipping out of the neighbors’ view, we were told. Soon even the summer houses faded into the distance, and we approached more remote areas an hour’s ride outside the city where residents still walk across the frozen fjord in winter to visit their neighbors.

This was no replacement for the picturesque beauty of the Fjord region, with its crashing waterfalls and dramatic glacier-cut countryside. But if you only focus on Norway’s natural beauty, you’ll never comprehend what defines the country in the modern world. Just a short trip down the city’s life-giving waterways can help correct that.