You Must Try Lobster Rolls in Boston

Lobster Roll at the Union Oyster House, Boston, photo by avhell on Flickr.com 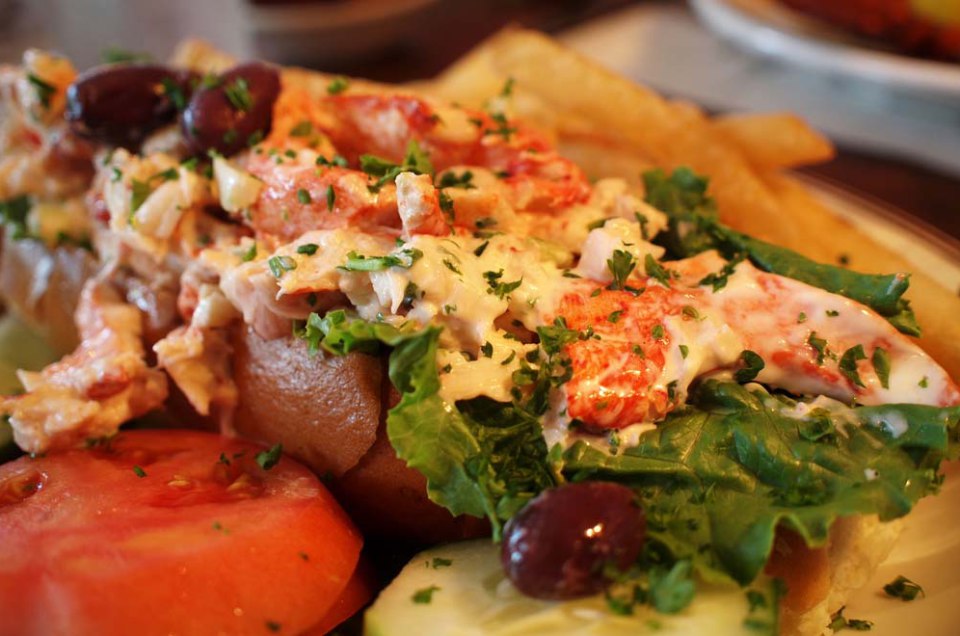 Lobster Roll at the Union Oyster House, Boston, photo by avhell on Flickr.com

The seafood in New England is taken more seriously than the Red Sox. It’s a religious experience to create it, as well as eat it. One of the most delicious staples of New England food culture is undoubtedly its Boston Lobster. From Maine to Rhode Island, the Atlantic coast is filled with fresh, delicious seafood and New Englanders are the best at preparing it. Restaurants all over the country have their lobster shipped from New England coastal towns, meaning they will jack up the prices and the quality won’t be anywhere near what you’ll get when you eat fresh lobster in New England. If you’ve had the privilege of tasting Boston seafood, you know that nowhere else in the country can compare to it, especially when it comes to a savory lobster roll. If you have yet to sample these incredible rolls, you simply cannot leave Boston without trying them.

Lobster rolls are sandwiches filled with fresh lobster meat. A traditional roll includes lobster that has been tossed in butter, or sometimes mayonnaise, and is served on a hot dog bun. Some restaurants also top the rolls with fresh scallions or diced celery. Rolls are usually completely stuffed with lobster meat, making this somewhat of a large meal. French fries and chips are often included as sides, making it even more filling.

These seafood sandwiches are so popular in the Boston area, that McDonald’s has even created a seasonal menu throughout many coastal towns that includes a McLobster Roll. Personally, I’ve never had a McLobster Roll, but I can guarantee it wouldn’t even come close comparing to a fresh roll from Kelly’s Roastbeef or Yankee Lobster. Of course, the popularity of the sandwich gives it quite a reputation, but nothing is more convincing than seeing the locals flock to this hometown dish.

For the best lobster rolls, try local spots like Neptune Oyster, Atlantic Fish Co., Kelly’s Roastbeef, or Yankee Lobster. In New England, most restaurants offer some type of lobster dish, so finding your favorite won’t be hard. Locating a seafood diner anywhere in New England is as easy as finding a Waffle House on the side of the highway, and it’s best to try different varieties of the dish so you know which version you prefer. Rolls are offered all year long, so you can try this delicious New England obsession anytime you visit.

Chew on This: Ordering a Philly Cheesesteak