Learning to Cook Lobster and Mussels on Prince Edward Island 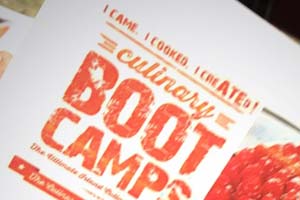 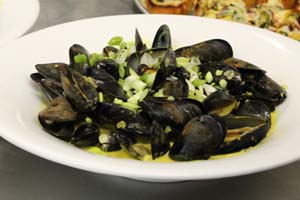 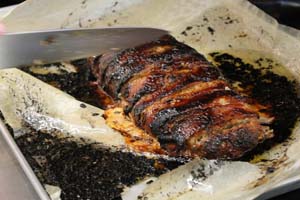 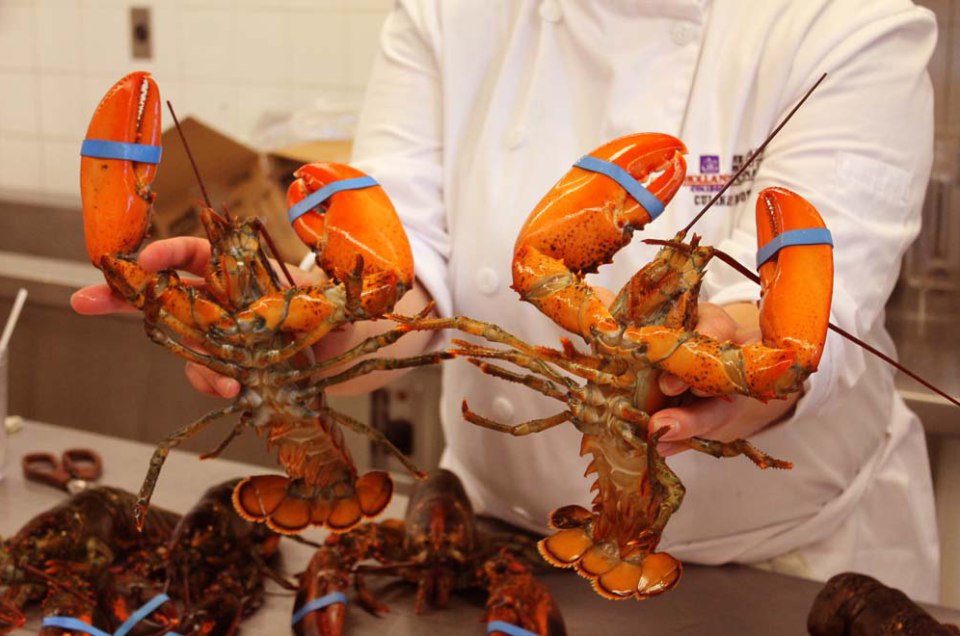 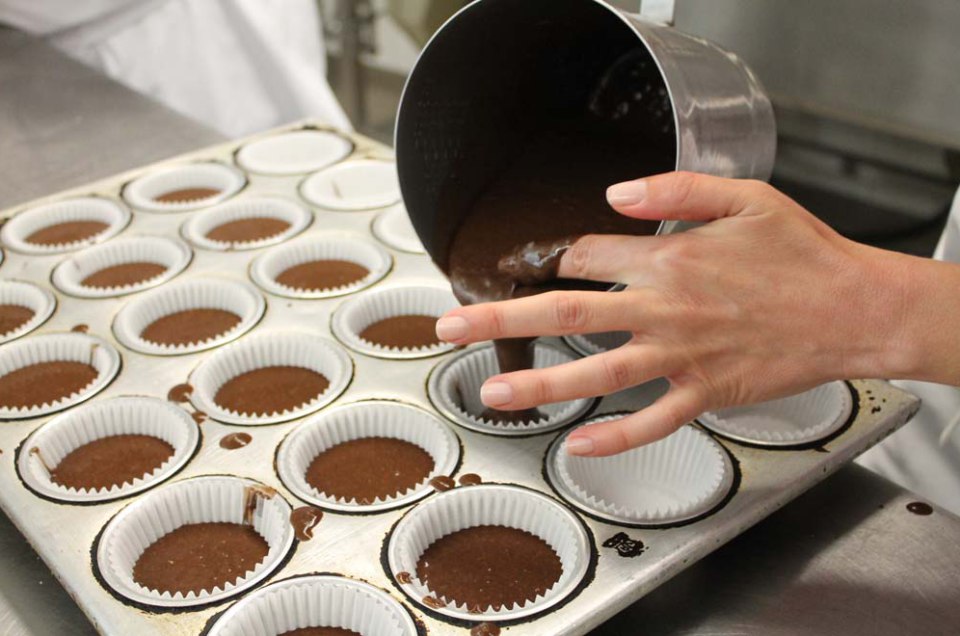 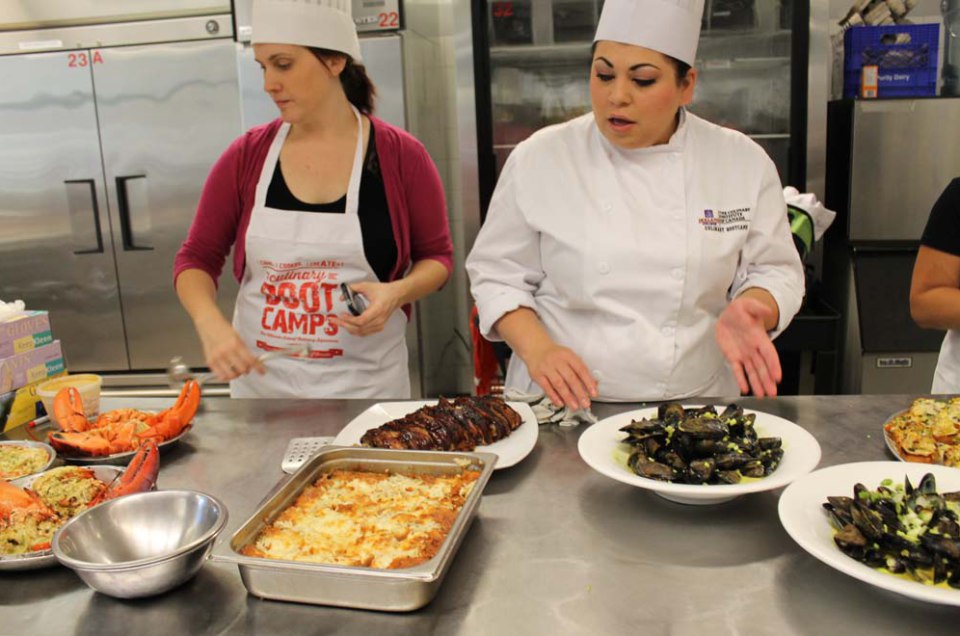 If you love seafood, then touring Prince Edward Island will be your kind of culinary heaven. It may be Canada’s smallest province (covering just 2185 square miles) but you’ll find amazing farm to table experiences all over the island, and a high concentration of ridiculously good restaurant in Charlottetown, its biggest city. You’ll also find opportunities to do everything from go out on boats with lobster fishermen, to go digging for clams, or tonging for oysters. If you prefer to learn about food after it has been delivered to you, then taking part in a Culinary Bootcamp at Holland College is a great way to do that, picking up new skills as you go.

Arriving at the college I was a little wrried about cooking with a group of complete strangers, but once my paper chef hat was planted firmly on my head and I’d chanted the decree swearing that I’d have fun, not double-dip, and not to chop off any part of my body (or something along those lines), our group soon bonded over a shot of locally made raspberry lemonade and then went off to the pro kitchen with Ilona Daniel, executive chef at Holland College Culinary Institute. We were each given a binder of recipes, divided into groups, and the recipes divided amongst us. My group was charged with making Honey ‘n Beer Bread with a local lager, Mussels Steamed in a Curried Maple Cream, and Chocolate Stout Cupcakes. Other groups worked on a lobster thermidore looking dish, meat loaf wrapped in rum soaked bacon. Booze, seafood, bacon, chocolate – what more could you want really?

We worked our way through the recipes, stopping class every so often while Daniel explained how best to use knives, how to sex lobsters (and also how to put them to sleep by stroking certain parts of them), and other handy hints. The German tourist in our group was surprised that we were allowed to just dump the live lobsters straight into the boiling water, as this is apparently illegal in Germany – you have to stab them in the head first to kill them.

Of course we tasted as we went, and everything was amazing. The bread was perfectly moist and beer flavored, working perfectly as a bruschetta once another group topped it with roasted vegetables and cheese. The mussels smelled so good, and I couldn’t wait for us to actually sit down and eat what we had prepared. Once everything was finished and laid out before us, the group went silent in awe. “Do we really get half a lobster each?” said a Korean member of the group. “Oh yes,” said Daniel, “Dig in.”

We piled our plates high and went upstairs to a lovely glass-fronted dining room that looked out over the ocean. We sat down and were attended with a selection of local wines to sample with our delicious food. Daniel was the perfect host, answering our questions and sharing stories about which local restaurants we simply had to try whilst on the island. The bootcamp had been fantastic, and the food we’d prepared was incredible.

Daniel told me that since they started running the bootcamps five years ago, they’ve gotten more and more popular – “The first year we ran 15, but this summer we had 45 booked.” There are bootcamps for kids, BBQ bootcamps, seafood bootcamps (like the one I did), and camps where you can concentrate on desserts. The seafood bootcamps are especially popular. “A lot of people are nervous about cooking seafood, so we do an intensive class to ease their fears.” Daniel says there’s a real mix of people that come to the bootcamps, “Everyone from young couples that don’t know how to cook but want to learn, to groups of baby boomers that come in because they just want to spend time together and cook.”

Now I’m home, and have successfully recreated several of the recipes, which makes me feel like some kind of culinary superstar. The bootcamp was a brilliant way to experience local cuisine, and get the inside scoop on these delicious delicacies that chefs on PEI work with every day.