Down in LBJ Hill Country

LBJ points the way, photo by kristykay22 on Flickr.com 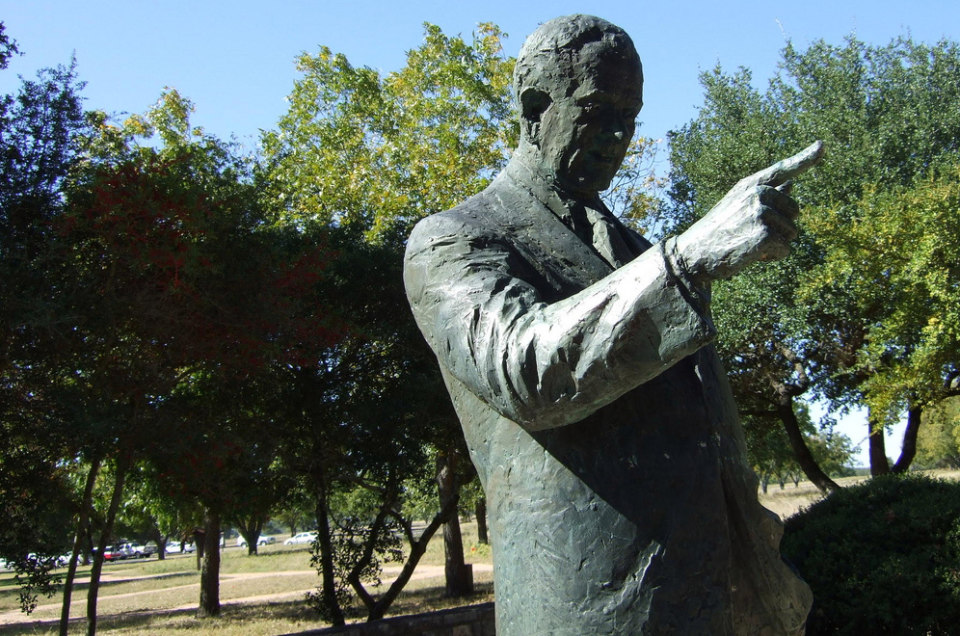 LBJ points the way, photo by kristykay22 on Flickr.com 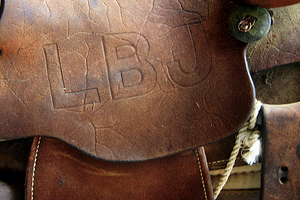 Saddle at the LBJ Ranch, photo by Archman8 on Flickr.com 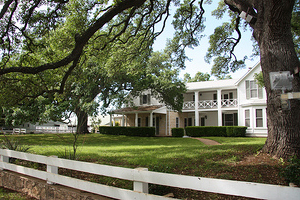 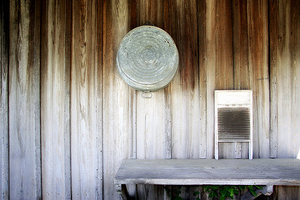 “All the world is welcome here,” former President Lyndon Baines Johnson announced in 1970 when the LBJ Ranch, known as the Texas White House, was declared a historical site. He didn’t mean me, of course. As I approached his grave more than 35 years after the invitation, I knew he would have cancelled the offer, had he found me and my scruffy, war-protesting comrades on his front porch.

Still, I do respect history, and plenty of it happened in his front yard. He held staff meetings in web-style lawn chairs. All the famous names of the era—McNamara, Bundy, Westmoreland, Nixon, Kennedy, Adlai Stevenson—met here to form policies that would shape or haunt the nation for decades.

Just down the path, under a grove of oak trees—a rare species, literally evergreen—is the tiny family cemetery.

The 36th president’s gravestone stands in front; he’s flanked by graves of his mother, Rebekah, and the newest, that of Claudia “Lady Bird” Johnson—conservationist, entrepreneur and First Lady. Before she died several years ago, I hadn’t known her first name.

The LBJ ranch sits just outside Fredericksburg, a German settlement town with almost more guest rooms than residents. Most of its 350 inns are small; mine was a two-apartment house whose owner placed my quiche-and-fruit breakfast in my refrigerator each evening. I liked her style—I never even met her.

This region is more than Texas Hill Country, it’s also the state’s premier wine district. More than 50 wineries have emerged in the last 20 years, and the wine is Texas-hearty, especially the reds. Visit a few wineries and taste the grape; if you feel like a tour, one of the biggest and most respected is Becker Vineyards.

Another fairly recent development in these parts is the “Lavender Trail.” What began as one wildflower farm burgeoned into a regional industry, and there aren’t many sights more beautiful than acres and acres of mounded lavender in bloom. That’s a sight that lasts maybe six weeks, mid-may through June, but you can visit the farms almost year-round to attend seminars and buy products from hand balm to lavender-based headache remedies.

My favorite spot, though, was Luckenbach of song fame, a sort-of-preserved 1849 trading post. Back in the ‘70s, “Willie and Waylon and the boys” spent long hours in the Beer Joint, drinking and playing and singing under the raggedy-looking deer heads and the bar sign that asks, “If you’re drinking to forget, please pay in advance.” No one really lives in Luckenbach anymore, but the bar is open every day, there’s always music and an annual “Hug-In,” and Willie returns most summers for his 4th of July picnic.

There’s more to Fredericksburg, including a half-mile stretch of more than 150 boutiques, galleries and antique shops along Main Street. I skipped the National Museum of the Pacific War, but loved meandering through the Benini Sculpture Ranch. The Museum of Western Art is worth a stop, too, especially for its contemporary jewelry.

And I’m glad I took a few minutes at the LBJ Ranch. Even though it is a public park, Lady Bird continued living on the property until shortly before her death, and by LBJ’s order, the compound still is a working ranch with 400 Herefords descended from his own herd. He didn’t want the place to become a “sterile relic of the past.”

That sounds like good advice for all of us—even coming from him.