Roll out the (Bourbon) Barrel in the Heart of Kentucky

Louisville by night, photo by sniggie on Flickr.com 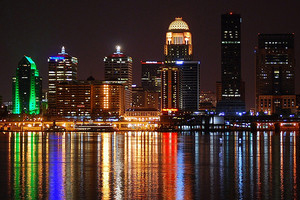 Louisville by night, photo by sniggie on Flickr.com 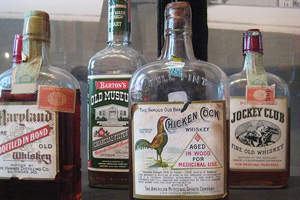 Whiskey bottles at the Oscar Getz Museum of Whiskey History, photo by calamity_hane on Flickr.com 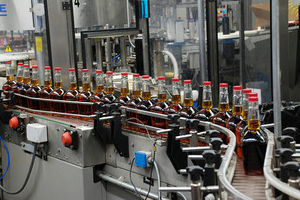 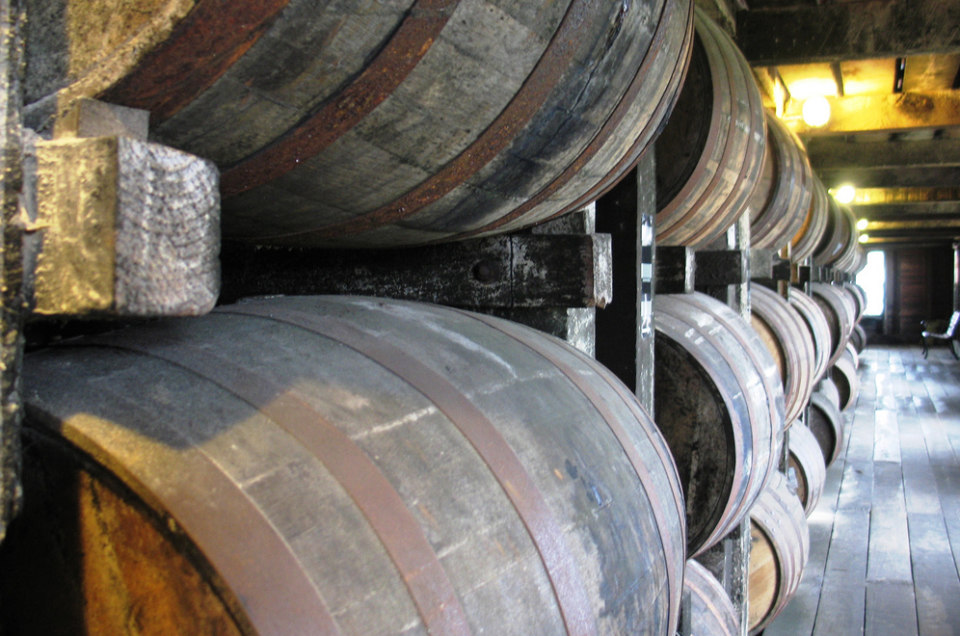 How many different brands of bourbon can you name? Maker’s Mark, Jim Beam, Woodford Reserve, Wild Turkey, Heaven Hill and Four Roses – that’s a half dozen – and all of which are featured distillery stops on The Kentucky Bourbon Trail. Then there are such fan favorites as Buffalo Trace, Knob Creek, Basil Hayden’s, Booker’s, Baker’s, and Bulleit, along with a growing array of artisanal distillers sprouting up, including Corsair, Angel’s Envy, and The Old Pogue. That’s fifteen — think that’s most of them?

Consider this…Louisville, Kentucky’s Urban Bourbon Trail is made up of the best bourbon bars in the world, and all of which are required to serve, at a bare minimum, a remarkable 50 different brands of bourbon. Some carry many more, while others, including Maker’s Mark Bourbon House & Lounge located on lively Fourth Street, feature both bourbon-infused dishes on their menu and a plethora of interesting bourbon-based cocktails to select from, including The Paul Jones. Named after the winning horse of the 46th running of the Kentucky Derby, it’s a well-balanced blending of Maker’s Mark 46 Bourbon, Grand Marnier, Pimm’s, simple syrup, mint and cucumber.

Uniquely American in its flavoring, barreling and aging techniques, bourbon is a distilled grain spirit, with at least 51% of the grain mix required to be corn. This, in turn, lends a slightly sweeter note than rye, scotch and other non-bourbon whiskeys. In order to be called Straight Bourbon Whiskey, it must also be aged for a minimum of two years in new, charred white oak barrels, and with no additives allowed (except for water, and only as required to lower the alcohol content). A whopping 95% of the world’s bourbon production takes place throughout Kentucky, with some of the best options for visiting a bourbon distillery or eight found along The Kentucky Bourbon Trail, where the spirit of bourbon making history is alive and well.

The epicenter of this route is the historic town of Bardstown, aka: The Bourbon Capital of the World, located about 40 miles southeast of Louisville.

While relatively small in size and with a modest population of about 12,000, picturesque Bardstown is home to a number of museums, including one dedicated to the Civil War, one to railway trains, and one to the wonders of bourbon, as in the Oscar Getz Museum of Whiskey History. Bardstown also boasts an eclectic selection of shopping options, from antiques to arts and from old-fashioned soda fountains to wineries. After building your appetite wandering around town, head to Kurtz Restaurant – a popular local favorite, and with good reason. For the down-home cooking is tasty, the portions are ample, the prices are reasonable, and the service and atmosphere are both friendly and inviting. What’s not to love? Order a bourbon sour while munching on appetizers of crisp celery with pimento cheese and crunchy-coated, Kentucky-fried chicken livers. Heavenly. As a main course, feast on skillet-fried chicken with mashed potatoes and milk gravy, or Kentucky country ham with baked apples and red eye gravy. Everything is served with baskets of warm, soft buttermilk country biscuits, spiced beets, home-style green beans, and accompanied by bottomless glasses of iced sweet tea. For dessert, there are fresh-baked cobblers, puddings, and mile-high coconut cream or lemon meringue pie to choose from. After Friday night supper, head to the Bluegrass Entertainment & Expo Complex (BGEEC) and enjoy live, traditional country music courtesy of The Bardstown Opry.

When in this neck of the woods and working your way around to the distilleries, plan to spend at least a half-day touring and tasting at Maker’s Mark. Nestled among the gently rolling hills of Loretto, Kentucky, this iconic distillery was originally built as a gristmill in 1805, while the history of Maker’s Mark itself dates back further still, to 1784, when a Scottish-Irish immigrant named Robert Samuels first started making whiskey for himself and his friends. The distillery became home to Maker’s Mark in 1953 when Bill Samuels, Sr., Robert’s great, great, great grandson resurrected and reformulated the family recipe. Fast-forward to present day, with Bill Samuels, Jr. and son Rob Samuels presiding over the family business, along with Victoria Macrae-Samuels, and Master Distiller, Greg Davis. Charmingly restored and situated on beautiful, expansive grounds, and with its 10-acre limestone spring-fed lake, the Maker’s Mark property has been recognized as a National Historic Landmark. For fun, visit the on-site gift shop and café, and try your hand at dipping your own souvenir bottle of Maker’s Mark in its recognizable red sealing wax.

Back to downtown Louisville, Fourth Street Live! Is a semi-enclosed stretch with a host of shops, restaurants, bars (including one with a lively bowling alley) and clubs to choose from, and is party central for live bluegrass music and more. For a more refined yet equally entertaining experience, the historic The Seelbach Hilton is located within a stone’s throw of the action at Fourth Street Live! Built in 1905, its décor, stately rooms and grand atmosphere inspired F. Scott Fitzgerald to use The Seelbach as one of the settings in his The Great Gatsby. Order a bourbon and champagne in the Old Seelbach Bar –authentically restored to its 1900’s grandeur. It also just happens to be one of the stops on the aforementioned Urban Bourbon Trail.

If visiting at the end of the summer, check out the three-day outdoor Kentucky Bluegrass Music & Burgoo Festival and finish the season in style. Burgoo, Kentucky’s most famous stew, is often made in vast quantities for such large gatherings as festivals and The Kentucky Derby. Dating back to pre-Civil War times, Burgoos usually contain three different meats, along with a selection of spices, herbs, and vegetables such as lima beans, okra and corn. No two recipes are alike, and no two cooks prepare Burgoo the same way. Recipes tend to be kept as well-guarded secrets.

Explore Louisville’s hipster shops, local breweries and burgeoning neighborhoods. Ride along the river on the Belle of Louisville steamer after strolling along the port, or wager on a horse race at Churchill Downs and see Kentucky’s majestic thoroughbred horses graze on pastures of famous emerald-hued bluegrass. Enjoy innovative cuisine at Proof On Main, where creative use of local ingredients meets traditional Kentucky classics. Try the chickpea and country ham fritters or bison burger with smoked bacon and jezebel sauce, and after dinner, head to the lower level art gallery to peruse the current art installation.

Fuelled by the continued growth in popularity of bourbon, its outstanding live music scene, glorious rolling green hills, friendly folks, and lively history, Kentucky is making waves with travelers from both near and far. Recently, Louisville was named #1 on Lonely Planet’s top ten list of U.S. travel destinations for 2013. Quite an honor, and not at all surprising.