The Wolf of Kago 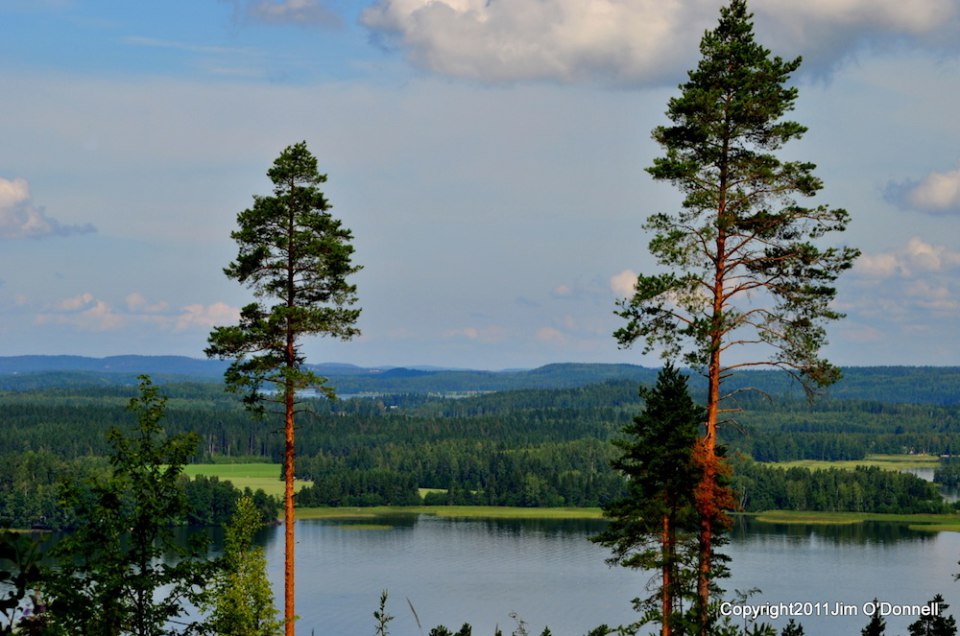 I had been photographing birds on the rim of several forest lakes towards the Russian border, in the southeastern Finnish town of Kerimäki. I entered a cramped café that smelled of dirty dish towel and picked up the local newspaper, and the headline reported a recent wolf sighting. Two young boys, cutting across a field on their way to school, had encountered a large, hulking female wolf near the forest’s edge. The article pointed out that two weeks before, a young male wolf had gotten caught in a crossroads, running himself in circles to avoid the cars.

I wanted to see a wolf.

“Have you ever seen a wolf?” I asked an older man sitting by the window..

For a moment he said nothing. Then, he corrected my crumbly Finnish as if I were a child. He took a cube of sugar from a bowl on the table, placed it in his mouth, and then sipped his coffee so that the liquid flowed over the cube. He removed the cube and placed it – brown and sticky – on his plate.

“If you for sure want to see a wolf, you must go to Kägö, near Parikkala.”

I thanked him and took my bag and went back out into the rain toward Parikkala.

Later that day at a bus stop there were three boys just hanging around. They wore baseball caps turned backwards, extraordinarily baggy jeans and empty backpacks. None of them actually walked; they shuffled and dragged their feet. They were skipping road gravel down a sidewalk.

“Hey. Do you know where Kägö is?” I asked the boys. They kicked at some stones then said no.

“What is that?” one of them asked.

“I don’t know. A lake or something. A village near here. Maybe a field. I’m not sure. I heard that there’s a wolf there. I want to see a wolf.”

I sat down and listened to their story.

In the spring, the three had cut across a small, grassy field on their way to school. They passed a red barn with white trim and played on an old Massy Ferguson. Then they cut into a dry, pine forest. The wolf was there.

This was a matter of contention and they argued about distances and viewpoints and replayed the entire event.

The wolf, it seems, was less than two yards away from them. They ran. Everyone ran. The boys, the wolf – and everyone started crying from fear – including the wolf.

“It moaned like a baby,” one of them said.

The boys hid in the barn for two hours then made their way home. They refused to go to school and spent the rest of the day playing video games.

I went on asking around and finally found Kägö in the evening. It turns out that Kägö is a large hotel away from town set amongst massive pines next to a lake.

Confused, I went into the lobby. A loose, lanky teenage boy was cramming coins into a gambling machine. A woman sat on a dark brown leatherette couch. Her lipstick was painted to make the lips and mouth appear as if an abysmal, bloody gash. Her eyes were giant black orbs. I couldn’t stop looking at her – until a giant of a man appeared, glowered at me threateningly and pulled her off of the couch by the arm. They walked into the restaurant.

I asked the man at the front desk “Do you organize wolf viewing tours?”

“Are there wolf sightings near here?”

“I was told that this was the place to come if I wanted to see a wolf.”

He pointed me to the restaurant. The giant man and the woman with the bloody lips sat in a corner whispering and drinking wine. Outside it had started to rain.

From a sort of stage near the bar, a massive, taxidermied male wolf stared me in the eyes.

A sign said it weighed one hundred and twenty pounds and had been shot, nearby, three years before.

You Must Try: Our Favorite Secret Waterfall Hike in San Diego