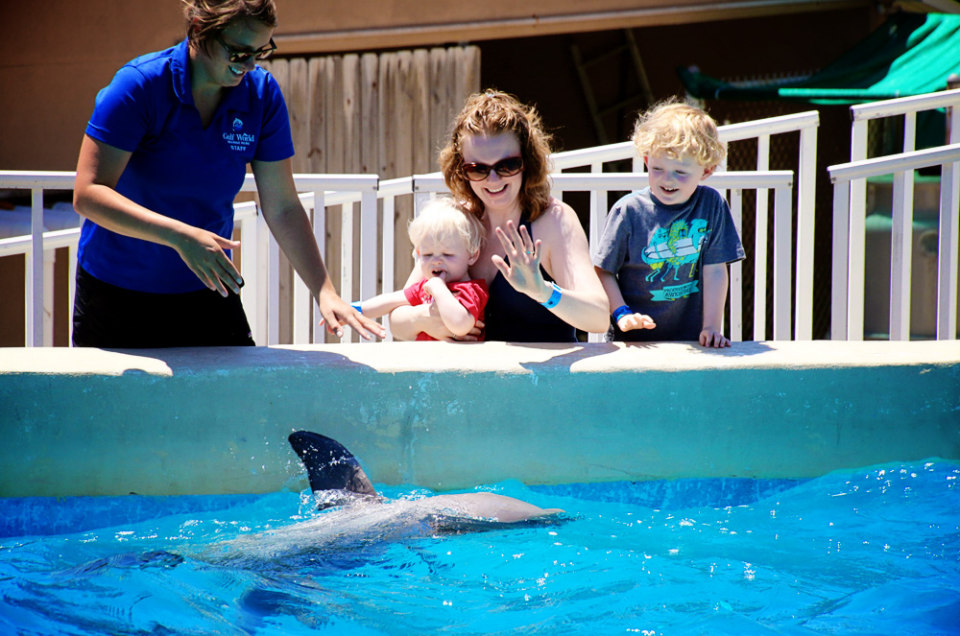 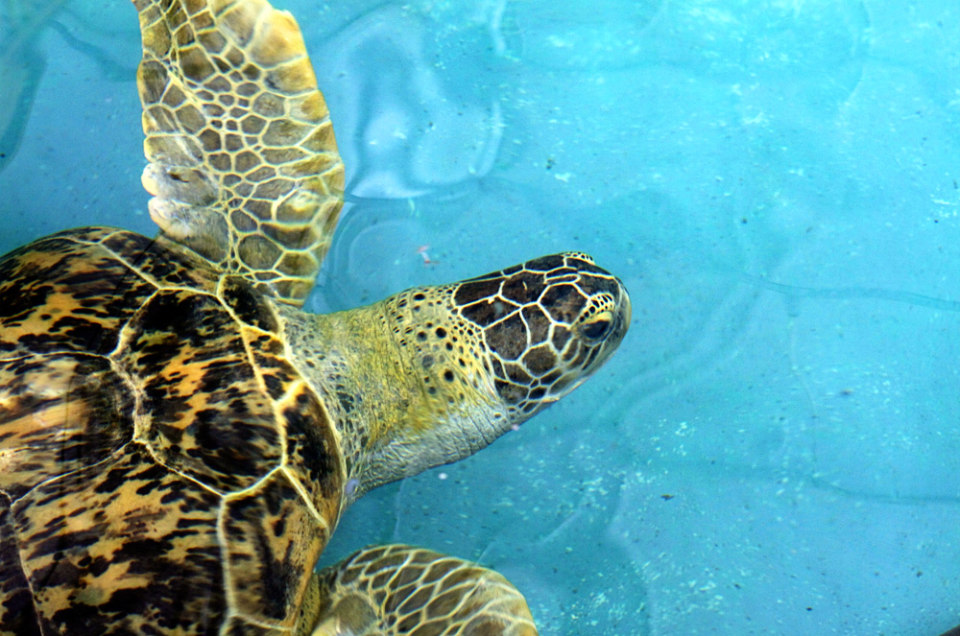 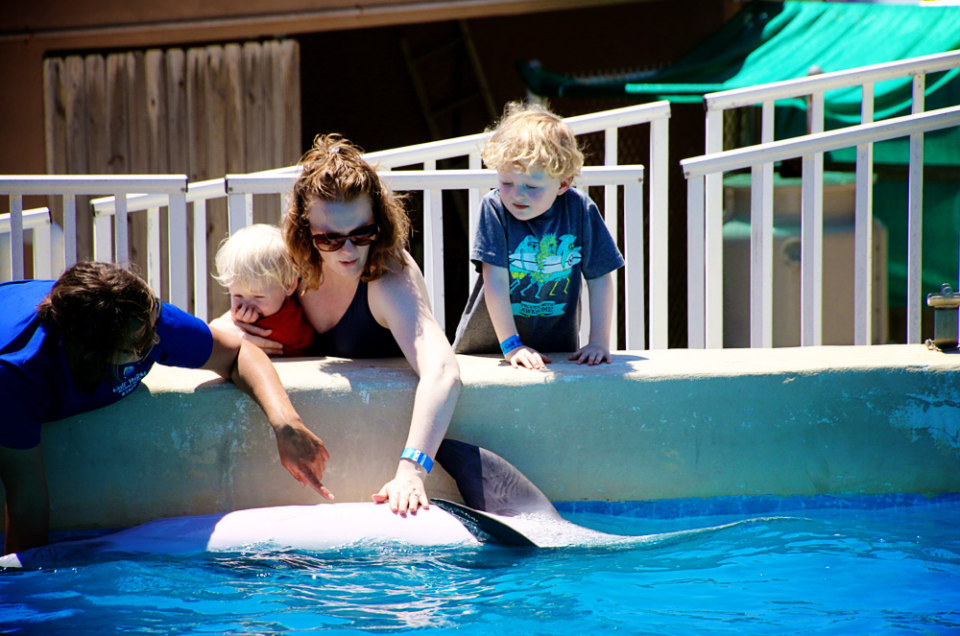 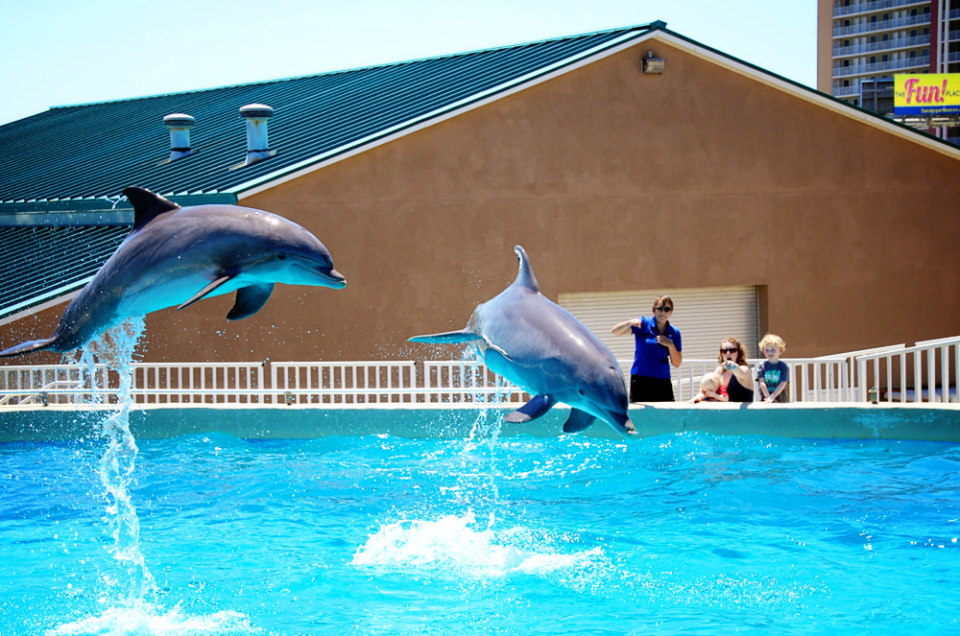 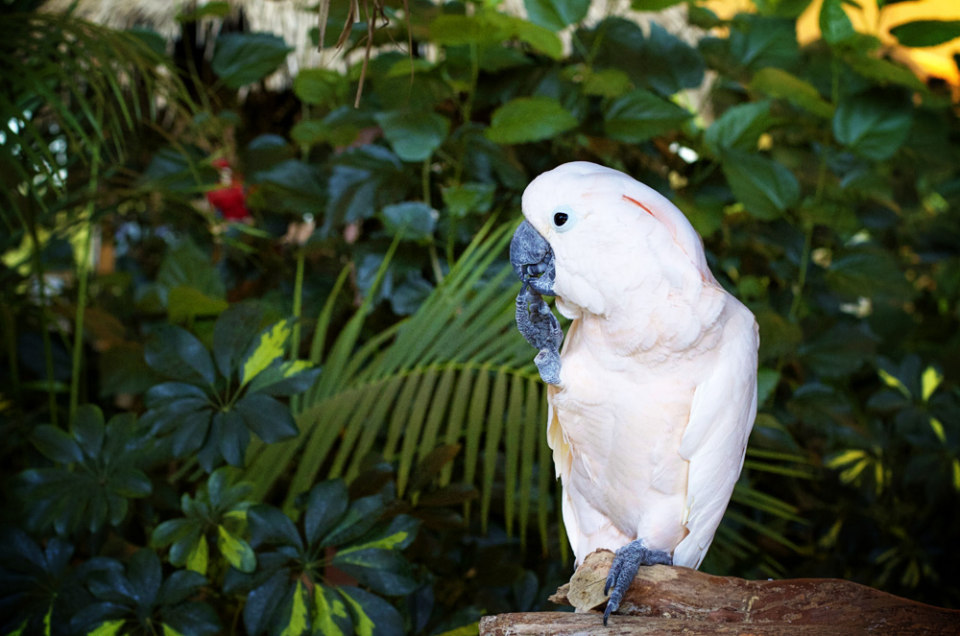 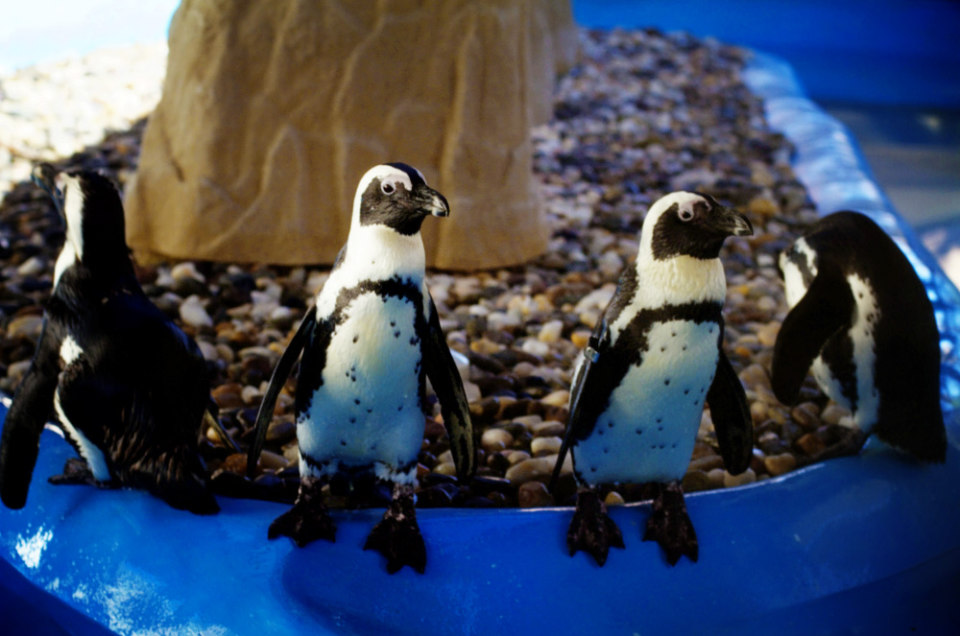 Every child has a dream. Mine was always about dolphins.

As an 8-year-old girl I would fill notebooks with magazine photos and article clippings about dolphins. I was going to be a marine biologist and save every dolphin from every tuna net out there. I was obsessed. I wanted one as a pet, but even at that young age I knew it wasn’t possible. What I did know is that I would play with a dolphin one day.

It took more than 26 years for that dream to become a reality, but on a warm morning in early May, after signing up for the PCB Bucket List, I got up-close with a bottlenose dolphin at Gulf World Marine Park. The best part? I got to share it with my two sons.

“He feels kind of like a hot dog, doesn’t he?” the trainer asked my oldest as he touched the dolphin’s tale with one finger. This was a big step for my 4 year old; he had already declined touching the dolphin earlier in our Meet and Greet session. I, on the other hand, couldn’t wait to get my hands on our slippery, and apparently meaty feeling, friend. The trainer we were working with let us feed the dolphin “stinky and slimy” (according to my son) fish, pet his tail and belly, and even talk about belly buttons quite a bit. I had no idea dolphins had bellybuttons and my son just thought it was hilarious.

After chatting with a couple members of the staff, I learned that Gulf World Marine Park wasn’t just an aquarium the public could visit. That was only half of their mission. The other side of the Marine Park is the Gulf World Marine Institute, a successful stranding program and a leading rehabilitation facility in Northwest Florida. Whenever possible the institute will release stranded animals back into the wild, unless they are deemed unable to survive on their own, in which case they will be placed in a suitable home to fit their social and environmental needs.

By the end of our brief Meet and Greet with a Dolphin the little girl in me was smiling. I’d gotten a little piece of my dream. I may not be able to bring a dolphin home to live with us anytime soon, but I did get to feed one, and hopefully when the boys are bigger, we will get to swim with them as well. I owe it to my 8-year-old self, after all.