Dance lessons from the Gnawa people in Sahara Desert 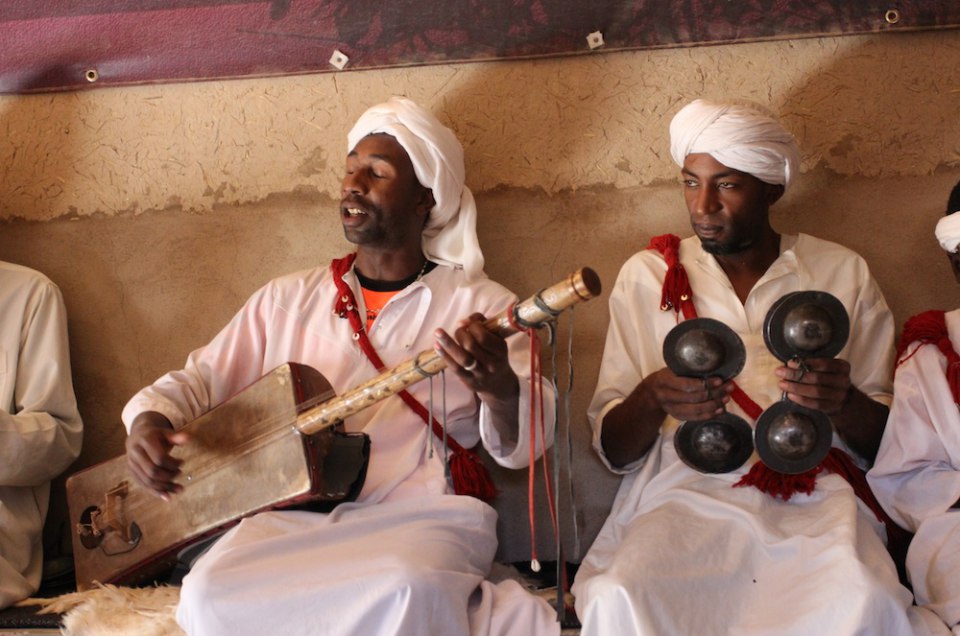 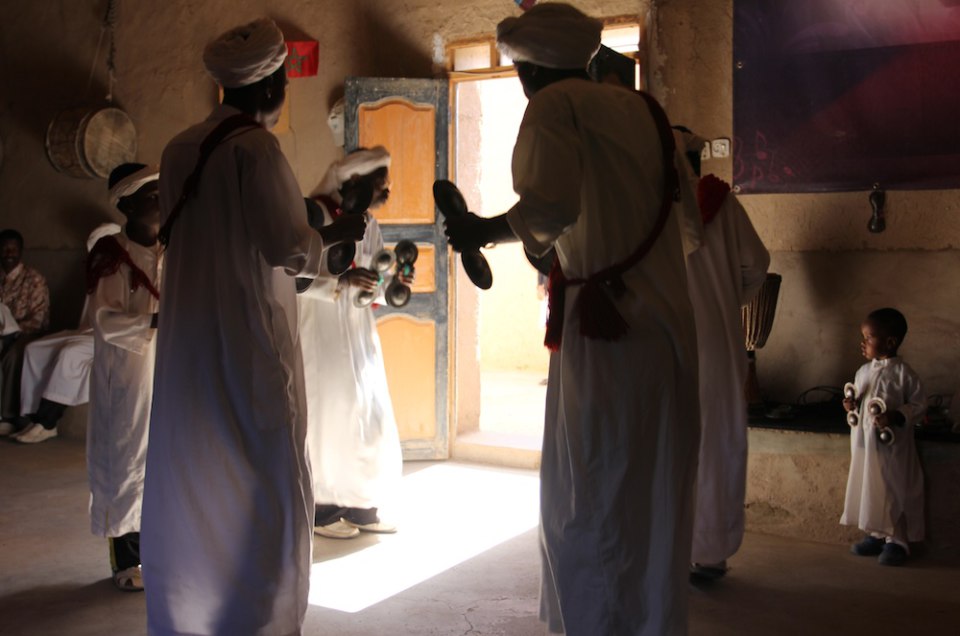 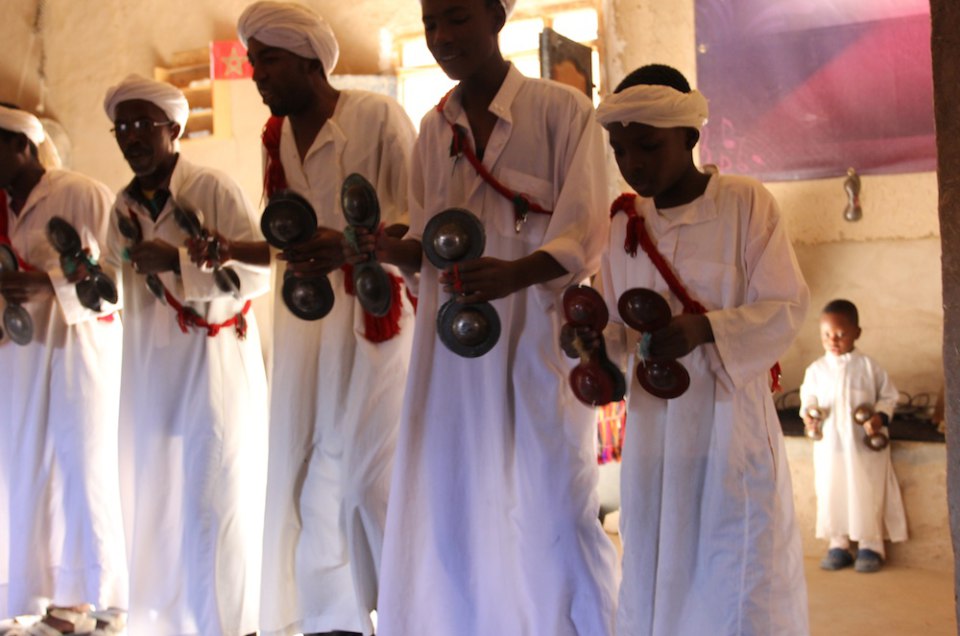 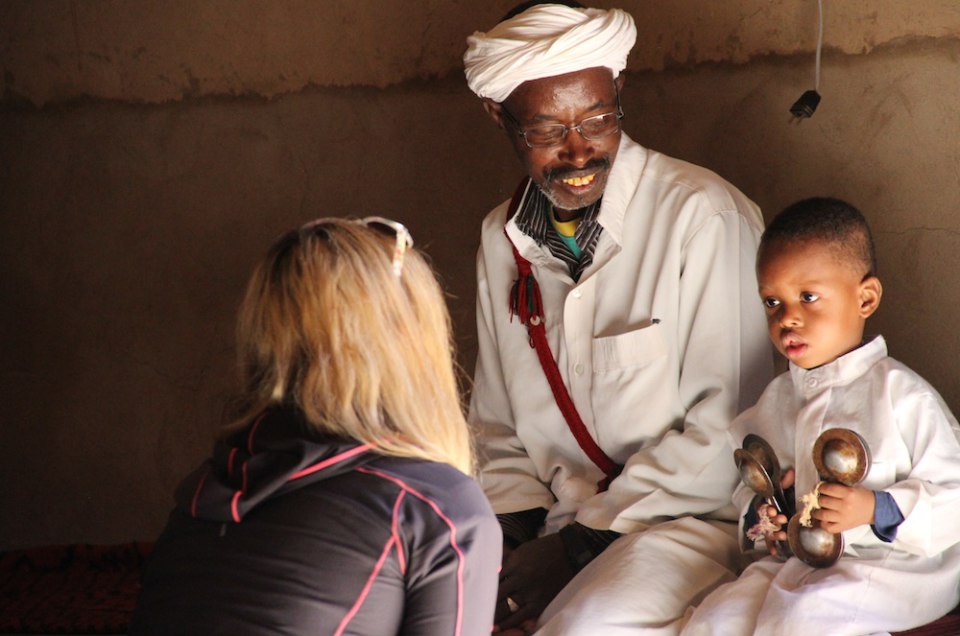 The second stop of our Sahara Desert Tour with Authentic Morocco took us to a small building with Gnawa musicians and dancers.

I’m convinced that no matter what language you speak, when there is music and dancing, everyone can have a good time.

It wasn’t long before we were served hot mint tea and asked to sit down for the performance to start. As the drums built up a pretty steady beat the men formed a long line, ready to start the first dance. All at the same time, they started dancing, moving to the music and chanting along with the rhythm.

As a former dancer, I can’t help myself when I hear a good beat. It’s like the bones in my body start moving all on their own and I feel compelled to get up and dance with them. I restrained for a little while since I didn’t know the customs and didn’t want to show anything but the utmost respect. But soon, as their smiles grew wider and their hips continued to dance with the music, one of the older dancers came over to me with his hand out, as if asking me to join him.

I couldn’t have been more excited. I jumped up, giddy, and ran over to the line to join the group. He stood in front of me, like a teacher, and showed me how to do each of the moves. Instead of stopping and starting again to make sure I got it right, he just kept dancing and instructed me to keep up. The other younger men smiled really big as I tried to keep up with them and did the best I could. They clapped when I was done and I did the same for them.

The men ranged in age from late 40s to the youngest at 1o years old. There were even two even younger boys about 3 and 4 who looked wide eyed at the audience but in admiration at their older siblings and fathers.

Here we were, half way around the world, not able to speak the same language, but we were all laughing and having a good time. In that music hall, the Europeans and Americans, the Gnawa and the Berbers were all the same. We connected through dancing and music and laughter. Besides the music being very entertaining, it was actually really really good. I could easily see this music being played in Venice beach drum circles. We bought one of their C.D.’s and listened to it when we returned home. Immediately I was brought back to my dance listen in the middle of the Sahara.