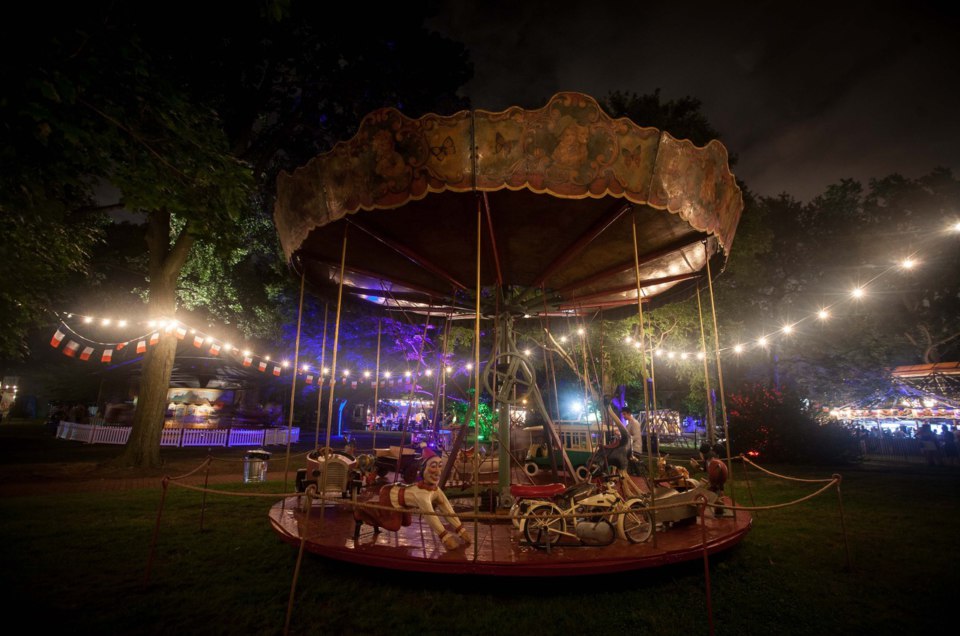 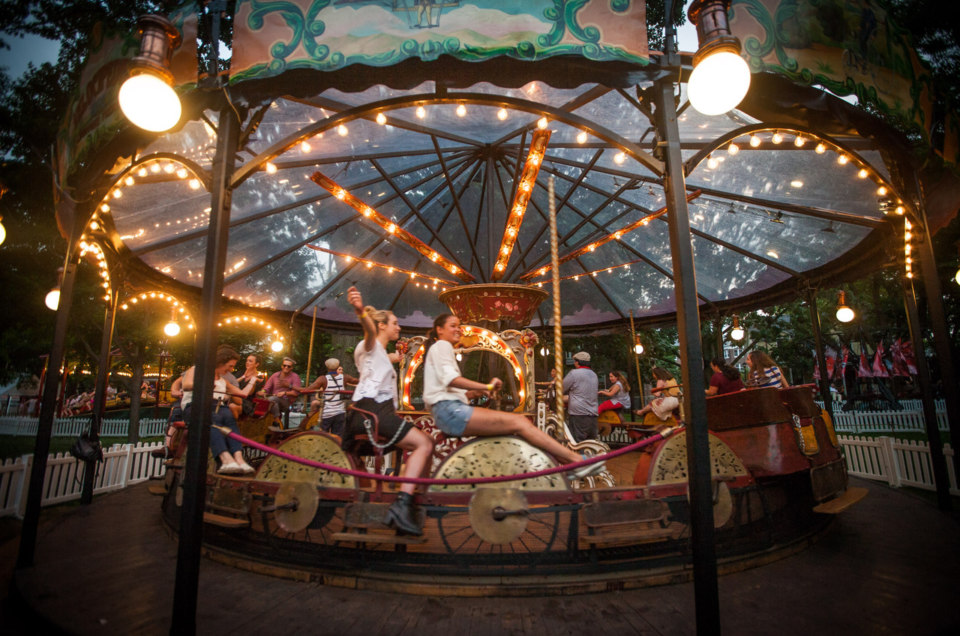 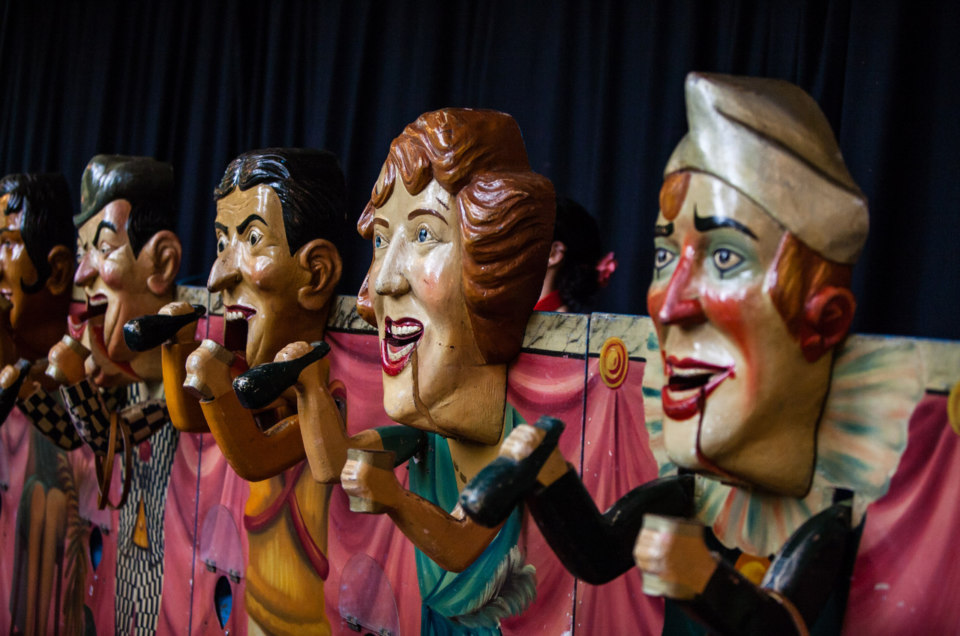 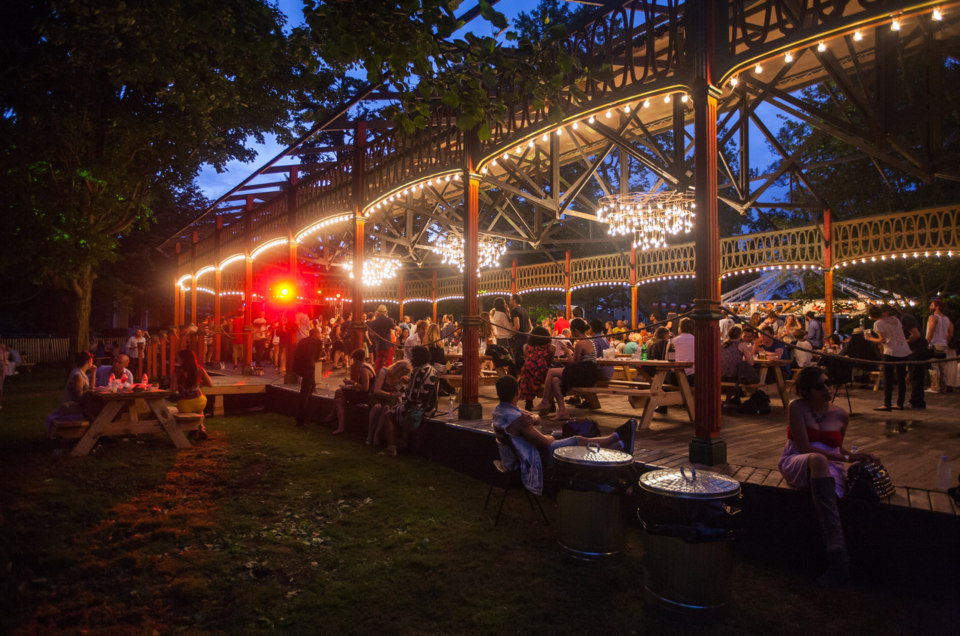 Soon you won’t need a time machine to visit a late 19th-century Parisian carnival; next summer, all you’ll need is a ferry ticket to Governors Island in New York City. A whimsical traveling festival of vintage carnival rides and attractions, Fête Paradiso made its American debut in the summer of 2013, temporarily transforming Governors Island into an ethereal fantasyland of French nostalgia. It’s scheduled to return in 2015.

Once on the island, the excitement builds as you approach the fairgrounds by following a path of arrows, stars and carousel horses painted on the pavement in bright, cotton-candy colors. Then as the array of ornate, artisan-crafted rides and attractions comes into view, coated in rich red and yellow lacquer and seemingly sprung into existence from a handful of pixie dust tossed into the air, you feel transported back to another era, as if you were the lead character in a Woody Allen romantic comedy.

It’s like walking through a museum where you’re allowed to touch—and even ride—the art. The rare, well-maintained attractions come from the collections of Francis Staub and Regis Masclet and include an array of diversions, from carousels to flying swings. Particular highlights include the Velocipedes, a bicycle carousel from 1892 that is propelled by the riders themselves, and the Music Hall Ball Guzzler, a carnival game from 1934 that involves tossing “apples” into the alternately gaping and closed mouths of early 20th century stars such as Charlie Chaplin and Josephine Baker. And of course, participation in any of the attractions requires the exchange of brightly colored paper tickets in classic carnival fashion.

For those who prefer to observe, there is plenty of eye candy. A number of beautifully painted partitions, carvings and rogue carousel horses populate the park, propped leisurely beneath trees strung with lights and French flags. An automated pipe organ from 1910 draws in strolling passersby (who, if they’re lucky enough and the present attendant is feeling generous, might get a peek behind the scenes at the mechanisms performing their perfectly timed choreography). A repurposed bumper car pavilion from 1900 functions as a whimsical beer garden and special event space, and a transformed 1930s children’s carousel acts as a kiosk housing period music performers.

Truly no detail has been overlooked, as even the food and the dress of the carnival operators evoke the look and feel of the time. Croque-monsieurs and striped tees are just the finishing touches on a vintage French wonderland that feels like you’ve fallen down the rabbit hole to an enchanted Art Nouveau dreamscape. Indeed, New York City residents have been dismayed to learn that they will have to wait until summer of 2015 to revisit Fête Paradiso, as the traveling festival is spending summer 2014 in Europe. And you can bet there will be ferry-fuls of Francophiles and vintage fetishists eagerly awaiting its 2015 return to Governors Island.