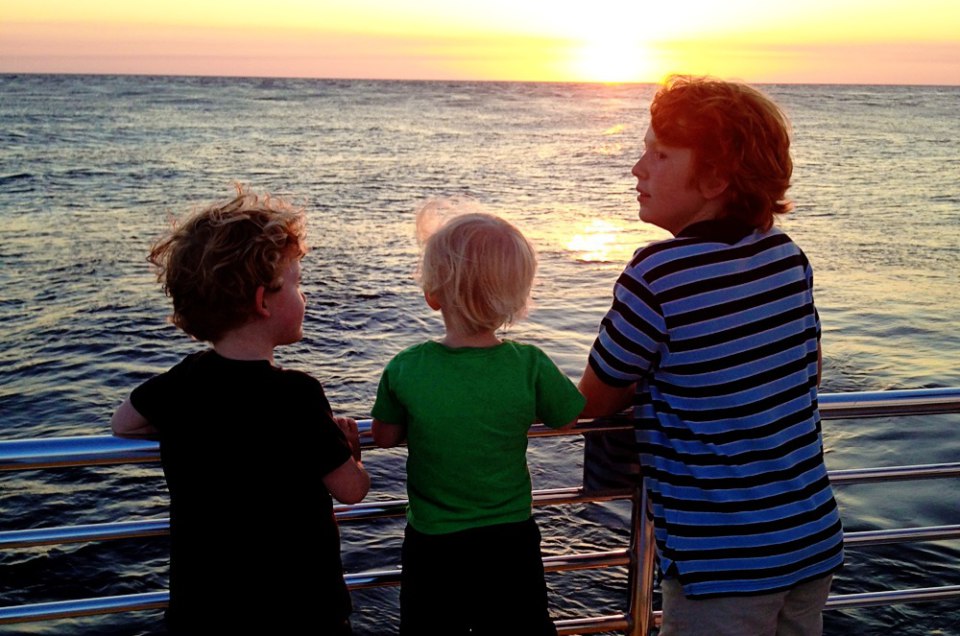 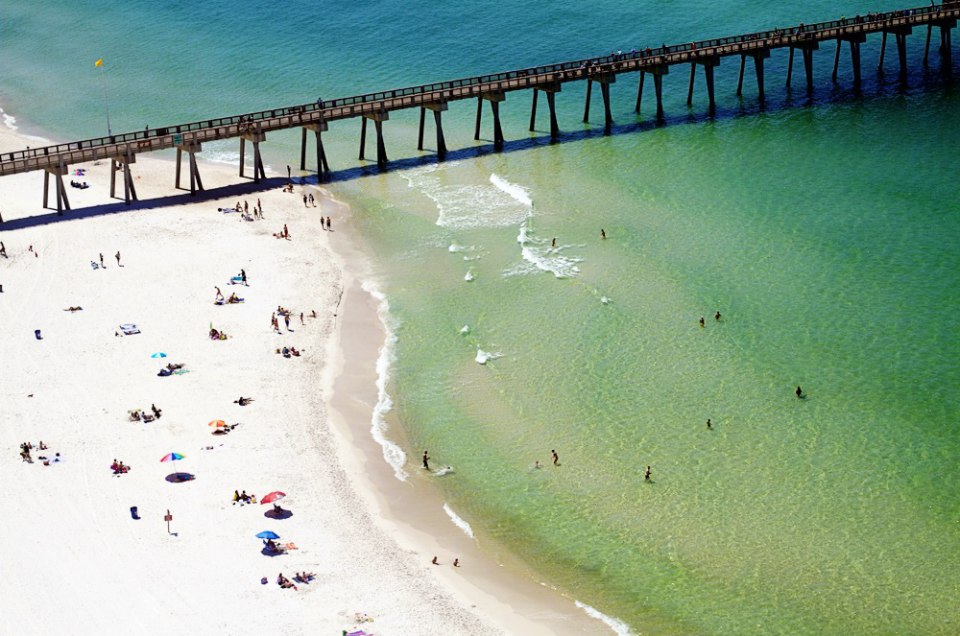 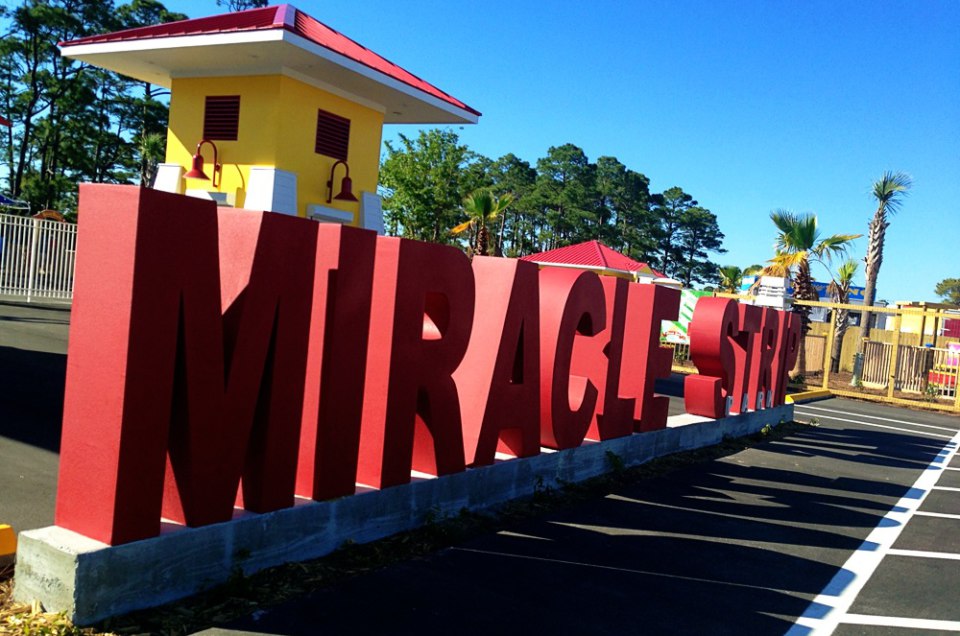 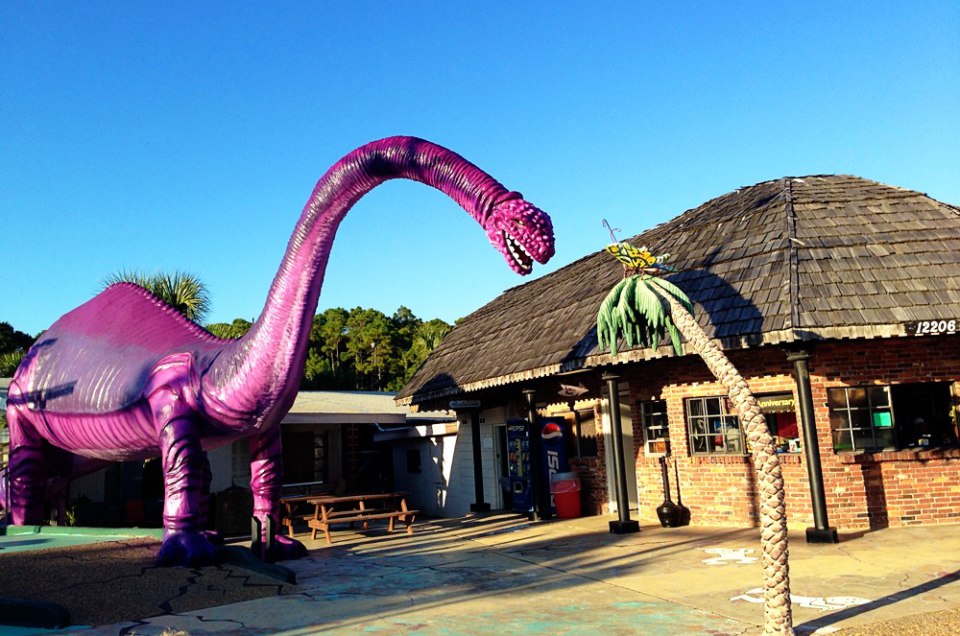 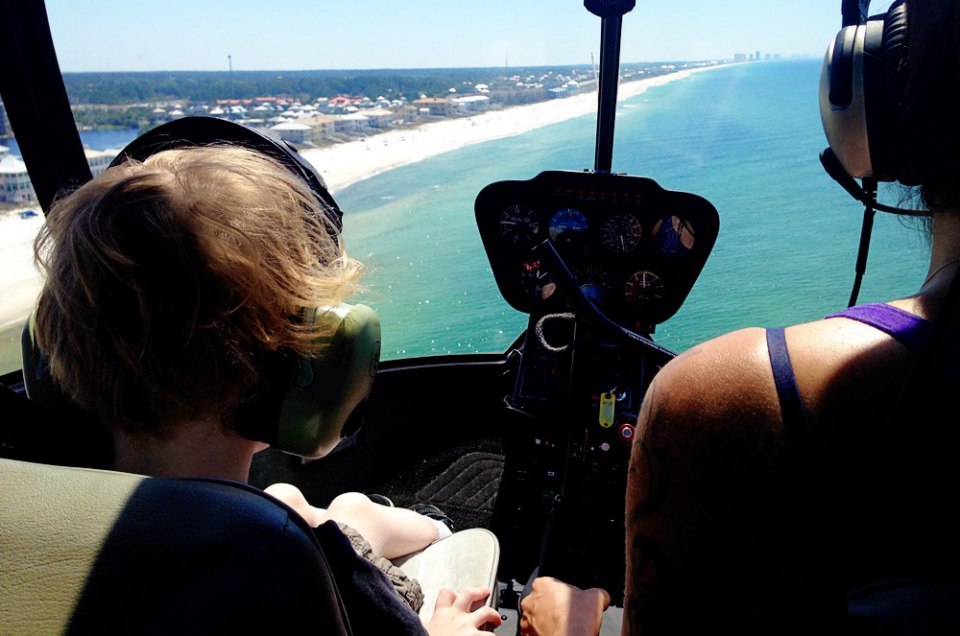 I rolled my eyes for the fourth time in five minutes.

“No. Don’t move the ball after you hit it. Just leave it there and we will hit it again to get it into the hole.”

Thus began my family evening of mini-golf lessons at Goofy Golf one of the many activities, including a helicopter ride, boat tour and carousel ride, that would be tempting enough to drag us out of the water during our trip to Panama City Beach to complete the Real. Fun. Beach. Bucket List Challenge.

If you have never played miniature golf with a 2-year-old and a 4-year-old, let me tell you, it is challenging and comical all at once. Goofy Golf’s hilarious sculptures over its 18 holes made this venture even more entertaining. My strategy was this: let the 2-year-old wander around doing whatever he wants with his tiny plastic green club and matching green ball, while I try to teach the 4-year-old the proper way to play golf. It was a doomed mission from the start, but it certainly was fun.

Which brings me to the helicopter ride we took with Panhandle Helicopter. Both of my boys had been in a helicopter before, but as any parent knows, every experience is different as your kids grow. The toddler screamed while I strapped him into his seat and ran around the helicopter to take my place beside him. His big brother chatted away with the pilot in the front seat. Being the fantastic mother I am, I told the pilot to take off. I’d handle the toddler. Before we two inches off the ground, my young son was quiet and looking around in wonder. He stared out the window the rest of the trip. It was a hair-brained plan that got me pumped to do this tour with my boys, and it worked out.

Plans are the name of the game when you are exploring with curious toddlers. On a sunset boat cruise I announced to the entire boat that if the baby fell over they had better jump in after him; if his brother fell in just come and get me. Possibly not the best plan of action, but somehow it worked and everyone on board became my sons’ aunts and uncles.

We would later pick up an adopted grandma at the Miracle Strip Amusement Park down by the pier. My oldest loves rides of all kinds; he is convinced he wants to go on a roller coaster even though he is too short and I am terrified of them. His little brother, on the other hand, is having none of it. The Miracle Strip, a small amusement park with a long history in Panama City Beach, is filled with rides for the younger set on one side, and bigger rides for older kids and adults just across a little bridge on the other side of the park. It is easy to do all of the rides in one afternoon or evening, unless of course you have kids who want to ride the same one over and over and over again.

My oldest rode boats, planes and cars, but if I couldn’t sit next to my youngest, he wasn’t going to do it. Finally we came to the carousel, a seemingly harmless ride with horses that just go up and down. I tried to pry my 2-year-old off of me, but his vice grip told me it was a no-go. His brother saddled up and was ready to ride. I looked at the grandmotherly woman running the carousel. She smiled at me as I held one son and took photos of the other. Half way through the ride my youngest had a change of heart. I took a chance and popped him on the horse beside me. He held on with pure little boy joy as his horse went up and down as we whirled around and around. Finally. Finally I had found something he could enjoy. We had to do it again.

As we left the park that day he cried for just one more ride on the horses. We were all hot and tired. Just like our stint of Goofy Golf, no one had had enough, but we were all ready for dinner and bed.