A Tribute to Bad Breakups 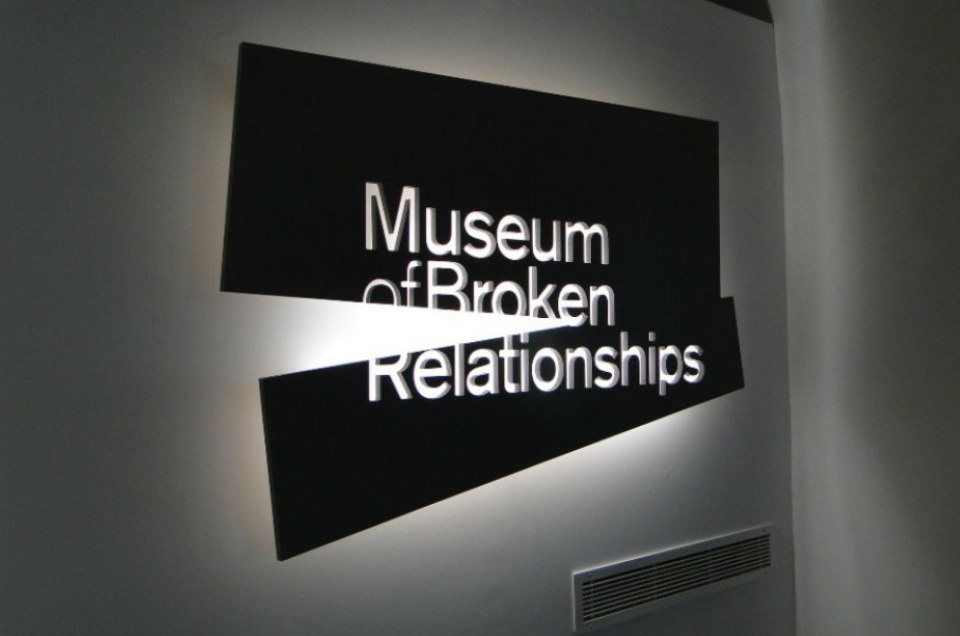 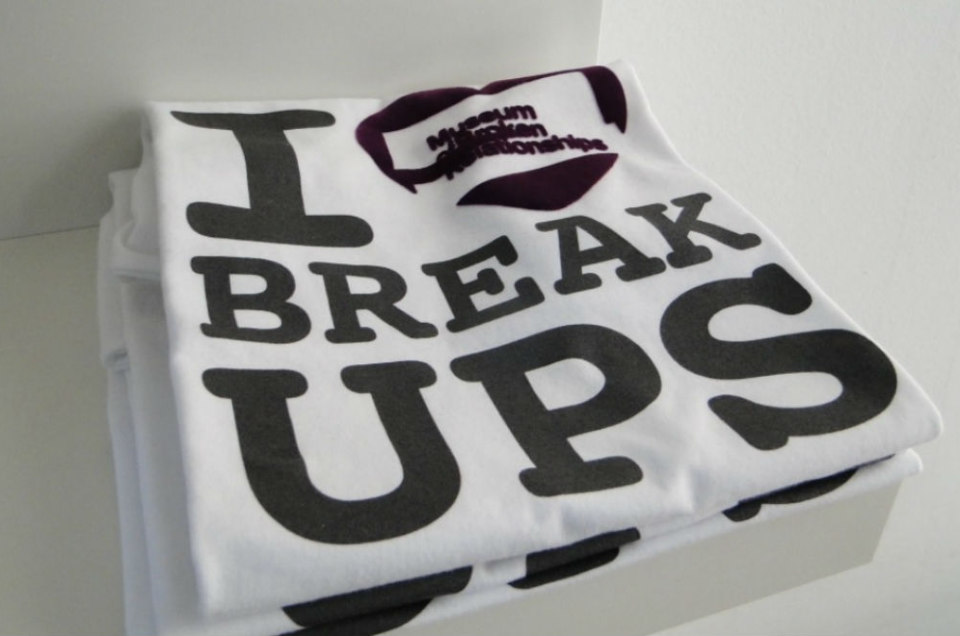 T-shirts from the gift shop, photo by Kim Button 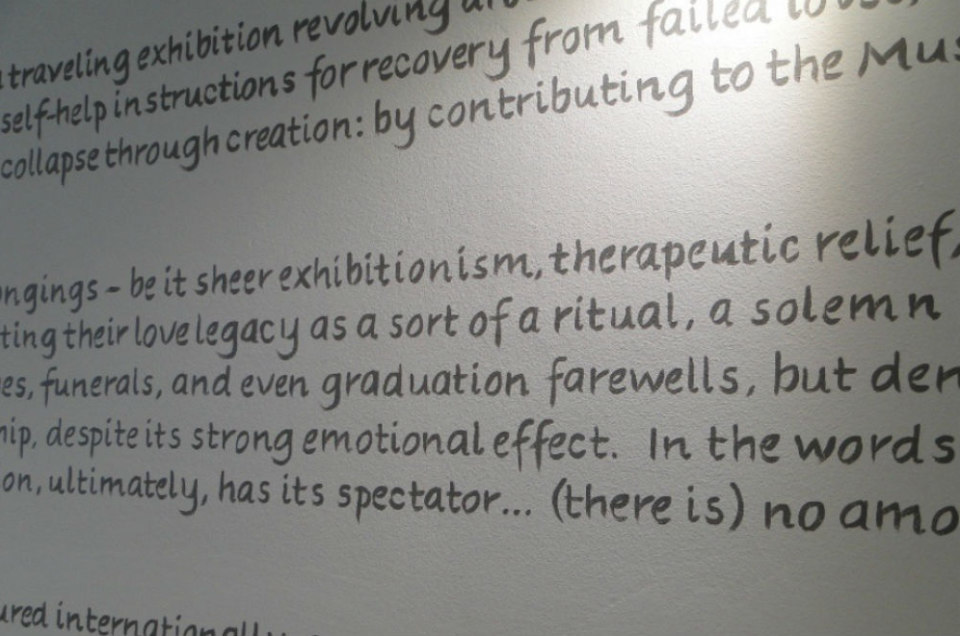 You can read about other's misery on the walls of the museum, photo by Kim Button 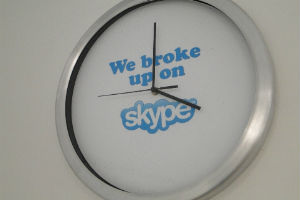 Fun clock at the museum, photo by Kim Button 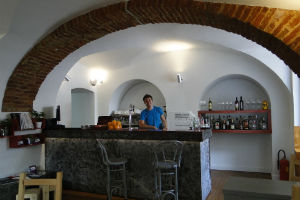 The cool cafe on site, photo by Kim Button 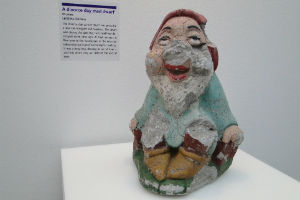 One of the relics on display, photo by Kim Button

There is a bad vibe in the ancient Kulmer palace in Zagreb, Croatia. Sure, the building dated back to 1776 has had its share of stories to tell, both good and bad. But I am positive that it has never witnessed anything like this before.

The baroque palace that I am about to enter is the new home of the Museum of Broken Relationships. Yes, that’s right. A tribute to the pain, heartache, embarrassment and grief of days most people would soon rather forget. With a cafe and gift shop at the exit.

Walking into the Museum of Broken Relationships, the scene is instantly painted. A large stark white wall tells me the tale of what I’ll find inside. “Unlike ‘destructive’ self-help instructions for recovery from failed loves,” the larger-than-life quote on the wall explains, “the Museum offers a chance to overcome an emotional collapse through creation: by contributing to the Museum’s collection.” Okay, I might still be jet lagged and adapting to cultural differences, but I’m pretty sure that this is where the weirdness officially begins.

Entering the museum with crisp white walls and minimalistic displays, I feel like I am walking through a three dimensional version of someone’s diary. It always sounds intriguing to find someone’s personal journal and read about their deepest, darkest secrets. Once you start reading, though, at some point it gets a little uncomfortable. You start finding out things you didn’t want to know or glimpses into a person’s psyche that’s better left unsaid.

That is what a walk through the Museum of Broken Relationships is like. Especially when I sauntered by the mannequin hands on display, with their pink nails worn and chipped. Or the battered garden gnome without a nose.

Created by two Croatians, the Museum was once an international traveling exhibition. In 2010, a permanent display was set up in the capital city of Croatia, though the Museum still has touring exhibitions each year. In 2011, the Museum won Europe’s Kenneth Hudson Award, given to a museum or person who demonstrates the most unusual, daring and often controversial achievement that challenges common perceptions of the role of museums in society. Yep, this place fits the bill.

Anyone around the world can donate castoff personal effects from their broken relationships to the Museum. The objects run from the expected, such as small stuffed animals exchanged for holidays, to the bizarre, such as a bottle of shampoo for intimate body parts.

The displays are accompanied by a small explanation written by the donor. One would hope that these brief essays are cathartic for the individual who feels so wronged by their ended relationship that they spill their soul and share details that would clearly be embarrassing to the other part of the failed duo. I quickly realize that it had to have been a bad breakup to result in some of the items on display, and their accompanying stories, such as:

As I walked amongst the stark white walls, I could not help feeling that a visit to the Museum was a bit like driving past a car wreck. The carnage is there, and you feel bad for the people going through it. You slow down to stare, but don’t want to look too long out of respect and what you might see. I felt the same way with every object on display.

Some of the objects were so unexpected that they just begged to stop and read the accompanying story. A clock that boasted “We broke up on Skype™.” An animal made of scientific molecular model parts.

Others are common and I could guess the reason that the recipient was getting rid of them. A wedding dress with the accompanying photo. A wedding memories keepsake box. An old iron. Guess that someone felt unappreciated for all of the housework that they had done over the years.

The Museum of Broken Relationships has a quote on its walls that donors have “the idea of exhibiting their love legacy as a sort of a ritual, a solemn ceremony.” Solemn, indeed. A uneasy feeling lingers in the air. During my visit, words were soft and seldom spoken among the museum patrons. No one left in a hurry, but there wasn’t an inclination to stop and stay for awhile, either, like I would see in an art museum.

A cafe awaits at the exit of the Museum’s displays. A bar is stocked for alcoholic beverages to drink away misery. The local culinary delicacy of pepper cookies is available, too. Wow. I can really think of better, more uplifting places to indulge in a drink or discover the city’s unique foods. I guess sometimes a cathartic experience also conjures up feelings of hunger.

The Museum of Broken Relationships might be touted as a kitschy stop in Croatia unlike any other in the world. Well, it is. It is also an emotional place that – quite figuratively – I never want to go to again. That is why I would still suggest a visit. Consider it cheaper than therapy and hopefully an ounce of prevention that’s worth a pound (or more!) of cure.

A Couple’s Getaway to Remember in Marvelous Monterey