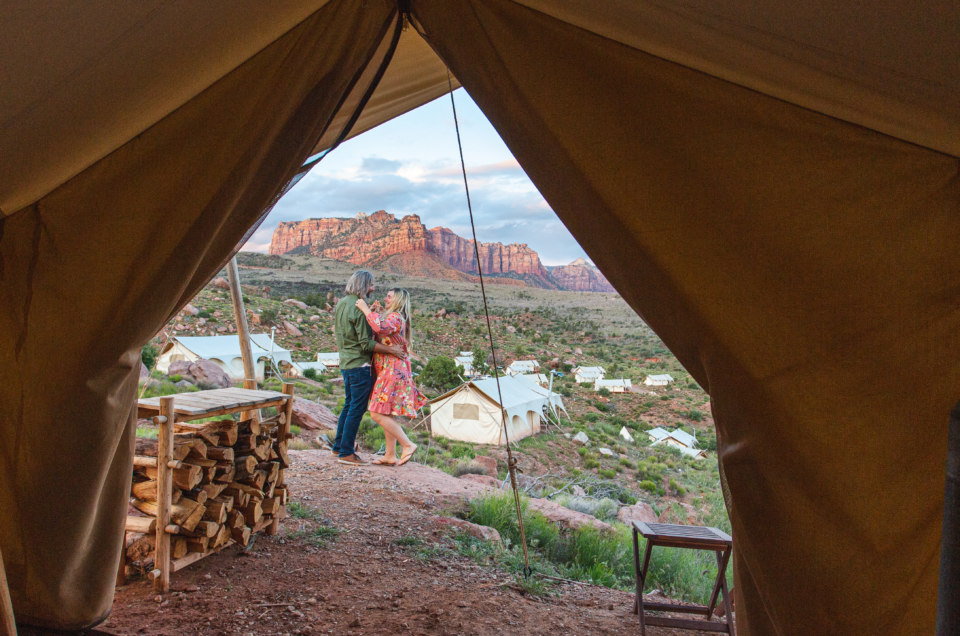 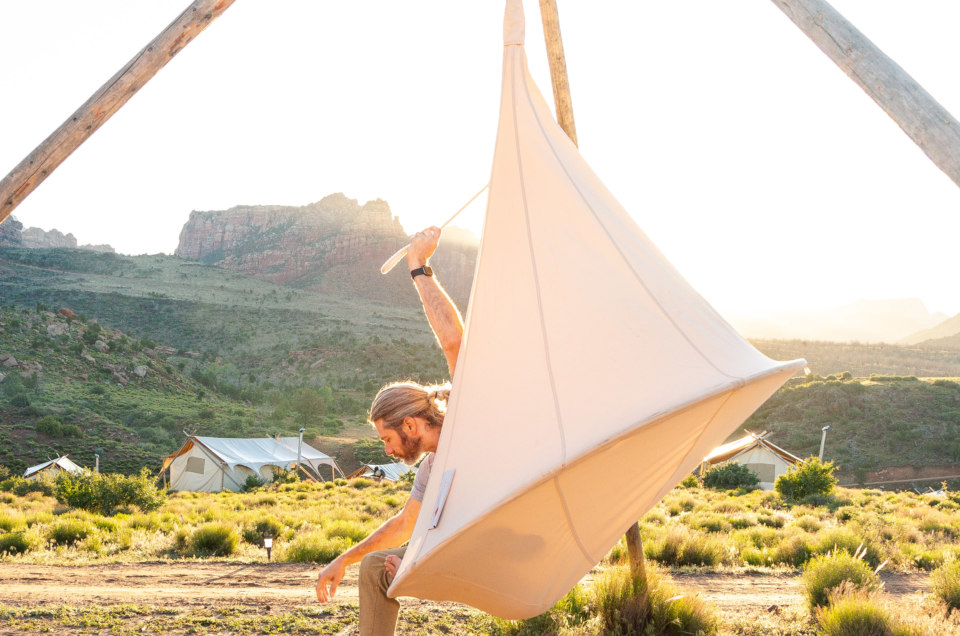 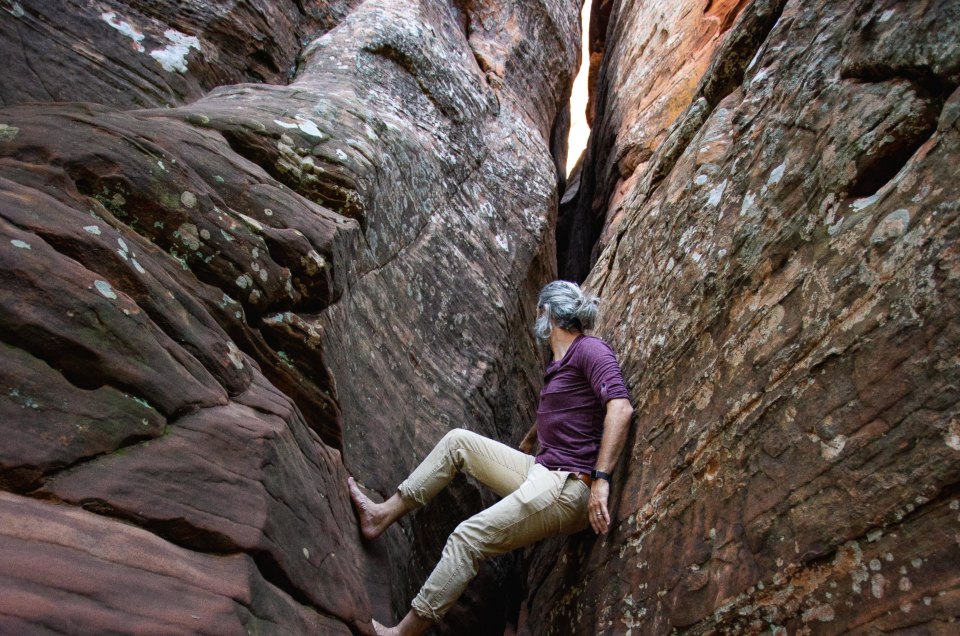 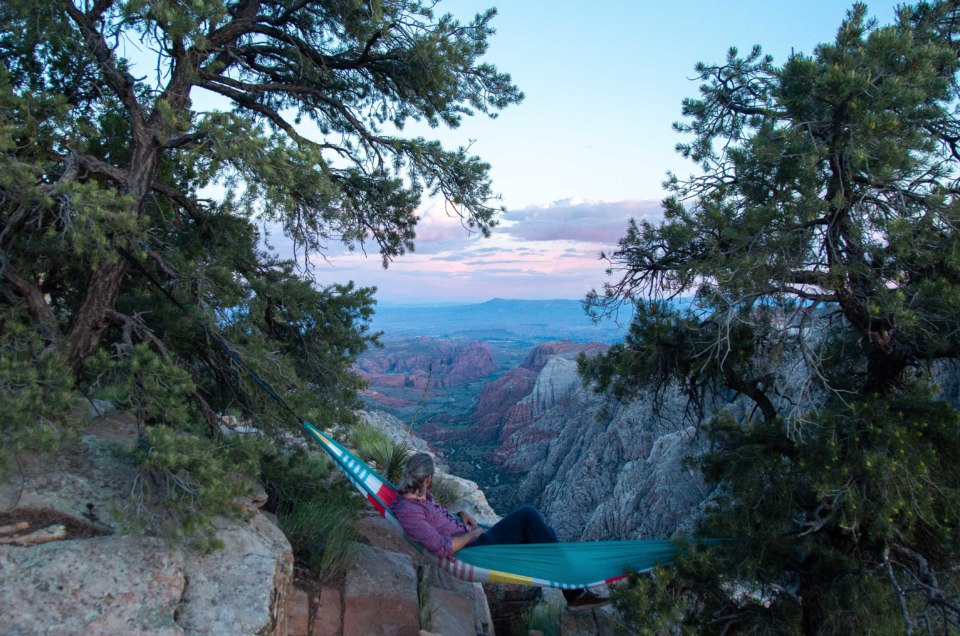 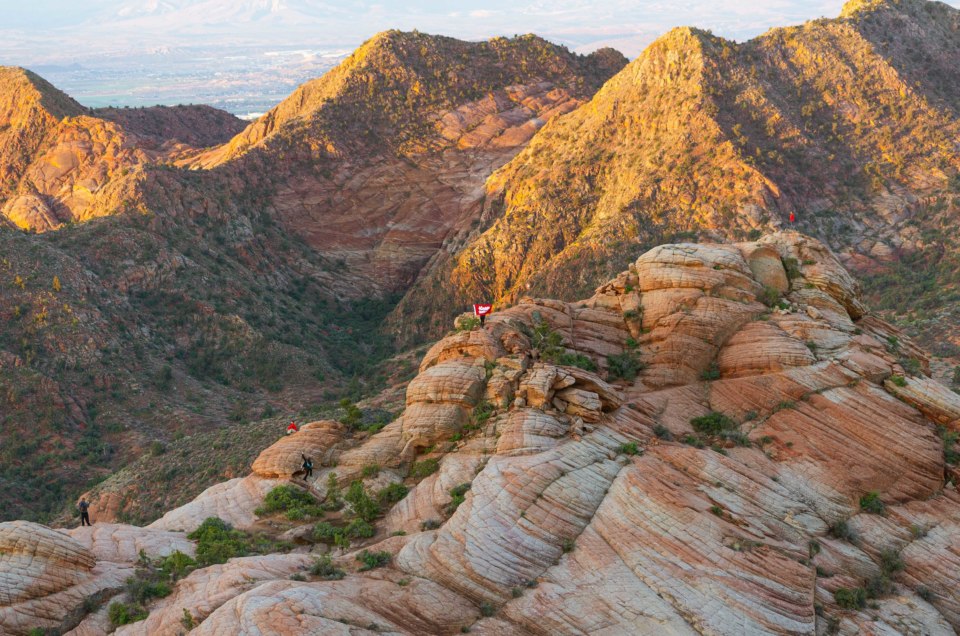 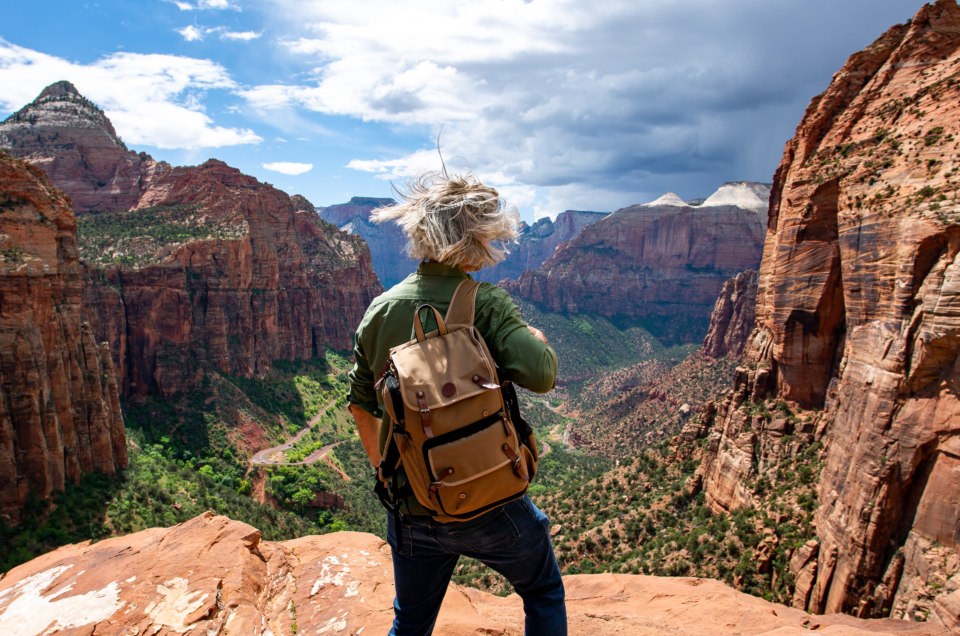 Thanks for chatting with us today! We know you just wrapped up a packed, adventure-filled weekend in Washington County, Utah, and we can’t wait to hear more about it!

First, let’s get to know the guy behind the camera! How did you get into travel and adventure photography?

I usually don’t get to answer this question because it’s my wife’s, Jade’s, favorite topic of conversation – so this is exciting. I really got into cinematography before photography and both only took root because my wife, our friend, and I ended up on a four-day trip to Sydney as part of a campaign for Virgin Airlines – I think it was four days. To be exact, it was 4,320 total minutes, a number I remember because we had to send a tweet every minute we were there. After completing that, and getting some sleep, we won an around the world ticket. On our RTW trip, I starting shooting daily recap videos and everything else grew from that iPhone 3G docu-series.

You travel a lot for work, what is that like traveling and documenting those travels so much?

I don’t know how other people travel. I’ve been traveling this way for about a decade or so now, so this way of traveling is the only way I know to see the world. I really don’t know what other people do when they climb up a peak or wake up for sunrise, to me – I take a picture or grab some footage. The way I like to think about it is, the hike, camp, vista isn’t the thing for me – my capture of it is the thing.

Speaking of all the places you get to travel, what destinations are on your favorites list?

Kangaroo Island, just to the South of Australia is my knee jerk reaction – it’s literally a magical place full of animals and absent of fences. Everyone should go there. However, there are two other places everyone has to go – World Wildlife Center outside of Baton Rouge, Louisiana, where giraffes will literally bump you out of the way to eat and Waterton Canada, just across the border.

While you’ve been a ton of amazing locations, where do you want to travel next?

To me, it’s not about locations – all my best memories are the experiences I’ve had there. I just got back from Vancouver, Washington, and found out that some people get the chance to hike down into the Mt. St. Helens crater – so that went on the list. I also really want to learn how to sail and make sailing trips.

Your trip to Washington County looked amazing and intense! What was the best part of the weekend trip?

I love Washington County. This trip was one of the most surprising of any trip I’ve taken there – we saw a waterfall out at Gunlock State Park – which only happens like once a decade. We were taken to this secret/not secret Joshua Tree forest (the northern most Joshua Tree forest), but the best thing was the sunset hike up and over the northern side of Snow Canyon State Park, which is already one of my favorite spots. No one knew what to expect from this late, late afternoon hike up a wash, but at the end, we discovered the most amazing view of the entire canyon stretching dozens of miles away below us.

We saw you got to go canyoneering! What was that like?

I had a very personal experience canyoneering. There was this little itty-bitty crack between two rocks that our group was challenged to get through. Three of us attempted it, and only I didn’t make it though. That was one of the first times I wasn’t able to do something that I thought I should be able to do – and I just happened to be the oldest person on the trip – so I suddenly felt wonky. But, that was all before we got to the actual repelling and climbing. Like I said before, my favorite part isn’t usually the activity – it’s filming the activity, and I got some great shots walking through the canyons.

This also didn’t look like a traditional campground experience, what was staying at Under Canvas Zion like?

You know, one of the best things I’ve discovered since I got into photography is the beauty of the night sky and the milky way – there’s no more luxurious way to see either than by saying at Utah Under Canvas.

It’s really hard to fit everything you want to do into one weekend, so what would you like to try next trip out there?

Well, that’s easy because I’ve already got another trip on the books – I want to hike ‘the subway’ and also I’ve never gotten to do Angels Landing, so I want to hike that, as well. One of the biggest things I have to do when I go back, though, is check out this Poké place that has been closed every time I’ve visited, but I’ve heard again and again that it’s the best spot to eat in St. George.

We know you get to travel a lot with your wife (of Vagabond3) and daughter, which is so cool! Are there any activities that could be family friendly for a subsequent trip?

Augustine, my daughter, actually did some of her first hiking at Snow Canyon State Park. I was nervous, but we were there with a few other families, so I had to step back and watch her climb all by herself, and it was just so cool to see her pushing herself and redefining her own limits. I think we’re probably two years away from ‘the narrows.’ but I’d love to take her back for that. Before that, I want to take her to see the petroglyphs — see what she thinks about them.

What was the trip like with the fellow adventure-photogs on the trip?

It was really interesting because I think we all approach this from a different direction. For me, photography/cinematography has lead me into travel, where as for most of the other photogs on the trip, it was the opposite. It was really interesting getting their take on the experience throughout the weekend. One thing we all had in common was we were the first ones up and the last ones to bed – I love finding other people who are chasing the shot as much as I am.

This post was in partnership with Visit St. George.