Yo-Ho-Ho and a Large Rum Punch 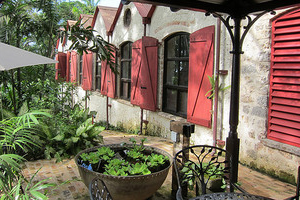 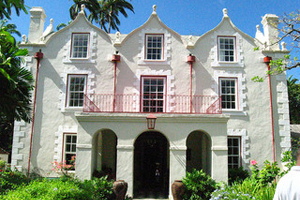 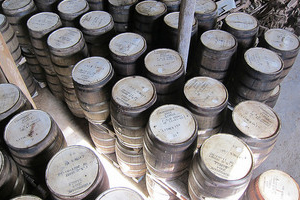 The Mill at St Nicholas Abbey, photo by Benjamin Haas on Flickr.com 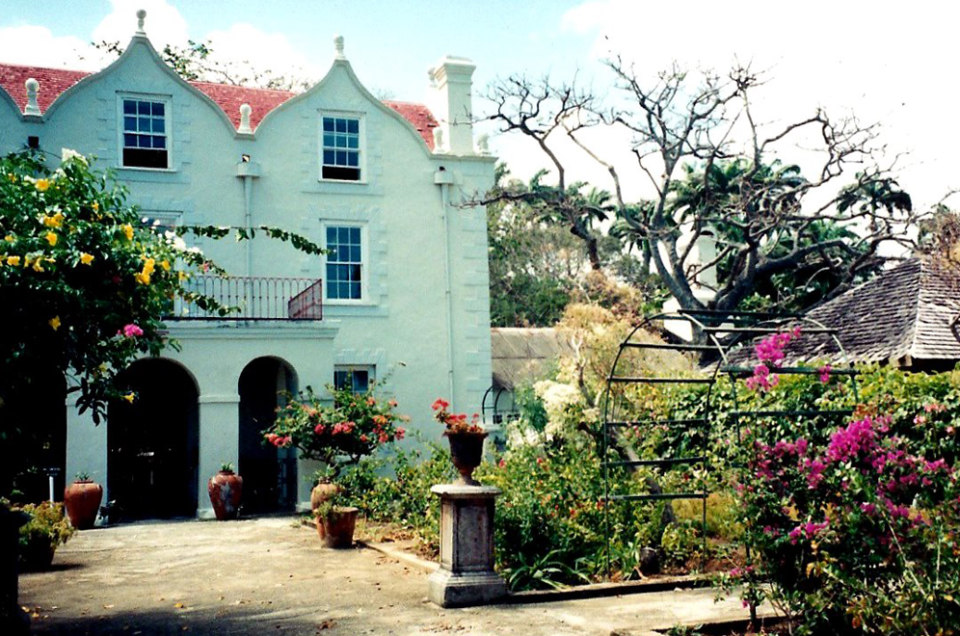 Barbados used to be all about sugar cane and rum. So, where are the plantations? Where is the rum? I ask my friend JJ who’s driving me around the island. For those you have to go to the center, he explains. Everything that could be developed around the coast has been. Only the old names have survived: the Royal Westmoreland gated community, beloved by VIP sportsmen, used to be the Westmoreland plantation; the adjoining Lancaster plantation is the latest to be incorporated in the grand scheme of realtors.

But take the narrow road north from Speightstown towards Cherry Tree Hill, as we are, and you quickly enter the eighteenth century. Here, not only does the horizon disappear under ten-foot sugar cane stalks, but you also find a relic of the colonial era. St Nicholas Abbey, built in 1658, is the last remaining small-scale rum producer in Barbados and one of three remaining grand Jacobean mansions in the New World. The other two are Drax Hall, also in Barbados but built a few years earlier, and Bacon’s Castle in Virginia which was built a decade later.

“This was never a monastic house. It used to be called the Nicholas plantation and the ‘Abbey’ was added later, after Bath Abbey, where Charles Cave married his wife Sarah Cumberbatch in 1834,” says our knowledgeable guide who gives us a complex and intriguing history of the mansion that has passed from family to family by sale, by inheritance or, occasionally, by murder.

She points at the sash windows. “Installed in 1746,” she says. “The height of fashion then”. And then with a sweeping wave at the cedar paneled walls: “Installed in 1898 to protect it from damp. But, in truth, not to see the damage. You really don’t want to peek behind the paneling”.

There is a Chippendale staircase leading to the bedrooms upstairs fitted with two original fireplaces – never used in the Barbadian tropics, but part of the cold winter mentality of the first settlers who didn’t expect high temperatures year-round. There is also an outhouse with four different holes of varying diameter: the idea was that you chose the one that fitted you and sat down.

St Nicholas Abbey is a small independently run rum producer with the last sugar windmill to operate in Barbados, now closed down. The big boys are Hanschell-Inniss with its highly-rated Cockspur brand founded in 1884 and the better known, ever popular, Mount Gay with records going back to 1703, which markets itself as “the rum that invented rum”. Interestingly, Mount Gay rum is named after Sir John Gay Alleyne the owner of both St Nicholas Abbey and manager of the old Mount Gilboa Plantation which was renamed later in its honor.

It is Mount Gay rum that is the common currency in every rum shack in Barbados: from the chattel-house stands of Bathsheba to the five-star hotels of the Platinum Coast. There are nearly 1600 ‘rum shacks’ around the island where you can lie back and relax listening to calypso with a cocktail in your hand. I never got it right: is it churches or bars that are more numerous in Barbados?

“Rum of fruit punch?” the guide asks me at the end of the tour.

I’ll take the alcohol please. Nicholas Abbey rum is quite unique. Its flavors are cinnamon and vanilla, while a taste leaves a slight chocolate aroma in your palate. Neat, it tastes very much like a spicy French cognac. But, as I sip the fruity concoction with added Nicholas Abbey rum, I understand the thinking behind daiquiris and piña coladas, sundowners and mojitos. Forget water (which in times past was contaminated), beer (that bloats you up) or wine (too warm for the tropics): in the sultry heat of the Caribbean, rum cocktails are the most thirst-quenching drinks invented.

Can I have another one, please?

How to Visit St Nicholas Abbey