Exploring the Athabasca Glacier in Alberta

Icefields Parkway is ahead by redeo on Flickr.com 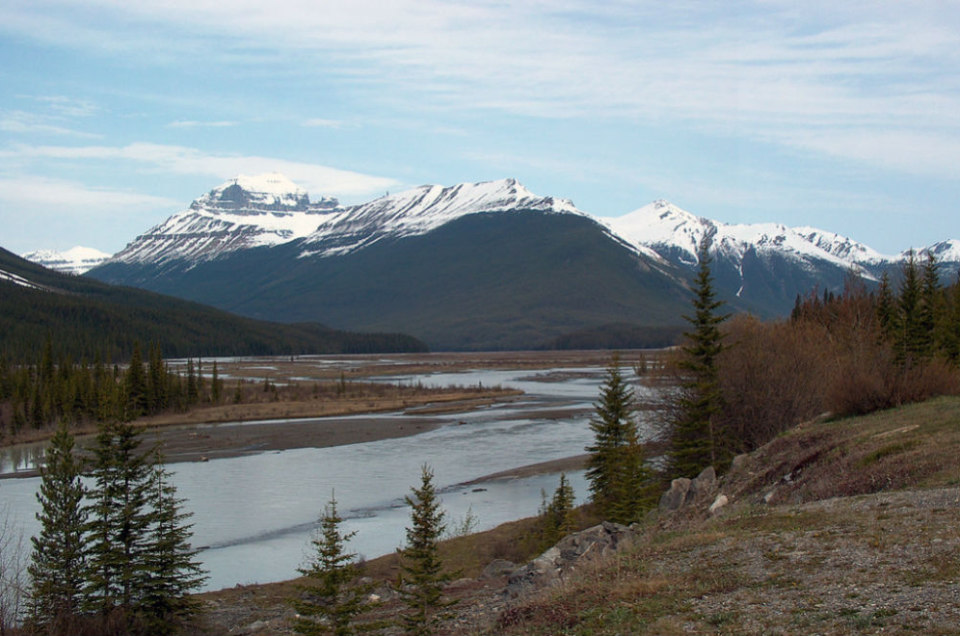 Icefields Parkway is ahead by redeo on Flickr.com 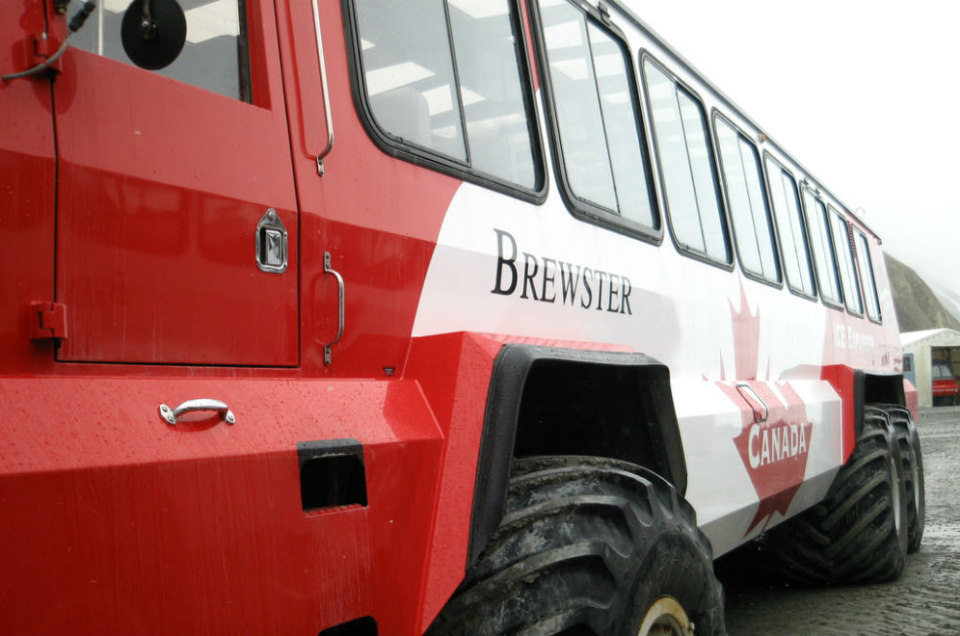 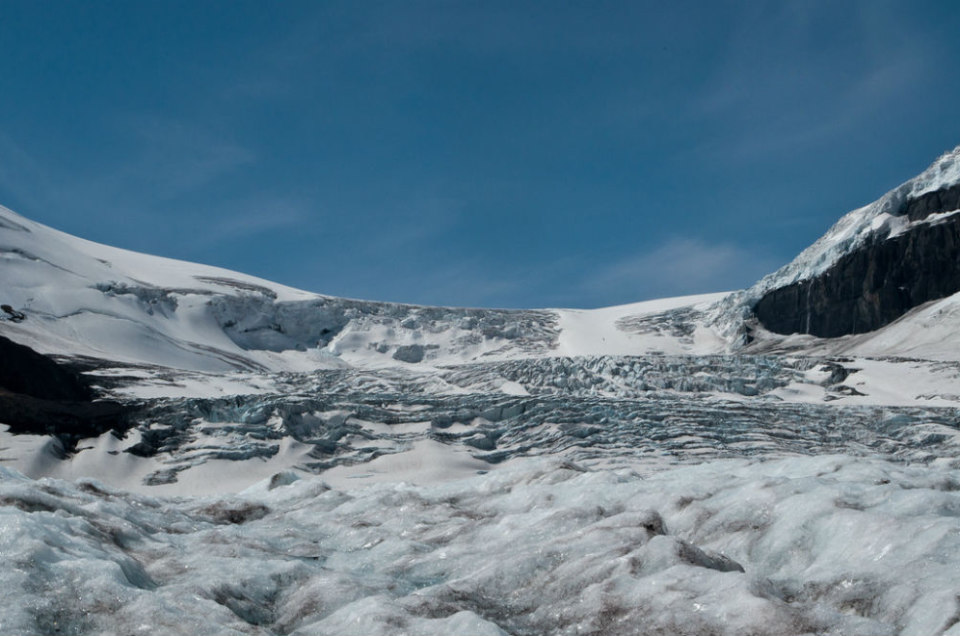 Glacier beauty by skinnylawyer on Flickr.com

Unlike Highway 61, Alberta’s Highway 93 doesn’t have a classic Bob Dylan album named after it. But in the midst of the monumentally scenic 230-kilometre (143-mile) route known as the Icefields Parkway, overlapping Banff and Jasper National Parks, you’ll discover a natural marvel where something’s always blowin’ in the wind and the Rocky Mountain landscape has shifted over millennia like a rolling stone.

From April to October, Brewster Sightseeing Excursions offers tours of the Athabasca Glacier for adventure-lovers. This is one of eight major glaciers in the Columbia Icefield, North America’s largest sub-polar body of ice. The Icefield encompasses an area of 325 square kilometres (202 square miles), with ice as deep as 1200 feet (365 metres), and its meltwater drains via rivers into the Pacific, Arctic, and Atlantic Oceans.

Even after a leisurely four-hour drive through the Rockies from Banff one day in early August, it’s hard to imagine the scale of the Icefield until actually arriving there. After lunching at the Columbia Icefield Centre, our group’s 90-minute odyssey begins with taking a shuttle bus to the foot of the Athabasca Glacier, which looms in blue-grey majesty.

Bundled up in our jackets, we wait to board one of Brewster’s Ice Explorers. The company owns 22 of these huge vehicles, weighing 60,000 pounds (30 tons) apiece. The only other one in the world is used by the US government to transport scientists in Antarctica.

At last, driver-guide Laura Keresztesi revs up the engines, and we head down a steep gravel pitch before slowly starting to ascend the glacier. The Ice Explorer’s massive tires provide superb traction and minimal impact on the ice.

En route, Keresztesi describes features of the surrounding terrain–hanging valley glaciers, the formation of glacial ice under monstrous pressure. Who knew you could fit New York’s Central Park 95 times inside the Icefield? The ride gets bumpier as we approach our disembarking point.

When we finally set foot on the glacier, a swift wind whips our faces. Along with others, I step carefully over the crunchy ice to a nearby glacial stream and fill an empty plastic bottle, recalling our motorcoach driver’s quip earlier this day: “They say it’s a fountain of youth and I’d have to agree: I’ve been drinking it for 97 years now!” The water is crisply delicious.

Wisely, during our 25-minute visit, everyone stays within an area delineated by orange pylons: the glacier has some 10,000 crevasses. Scanning the expanse, which resembles a frozen stormy sea, it’s hard not to feel how small we are in comparison to this landscape.

After we return to the Icefield Centre, though, interpretive exhibits remind us about humanity’s impact on the glacier. You can watch photographer Byron Harmon’s original silent B&W film footage of the Columbia Icefield, and view photos of the original icefield chalet John Brewster opened in 1939. In the 1990’s, Jasper high school students contributed paintings that reflect concerns about climate change. The Athabasca Glacier has melted and receded 1.5 km (0.93 miles) in the last 125 years.

The Icefields Parkway delivers a cornucopia of amazing sights, from the Victoria Glacier presiding over Lake Louise to the unmatched turquoise tranquility of Peyto Lake. Butsomehow, when you’re out on the Athabasca Glacier, standing atop the frozen waters that shaped the Continental Divide here on the BC-Alberta border, you really feel, as Dylan might say, that you’re knockin’ on heaven’s door.

For more information about the Icefields Parkway: www.icefieldsparkway.ca. For more on Brewster’s motorcoach and Ice Explorer tours: 1-877-423-7433. http://www.explorerockies.com/columbia-icefield.