A Lucky Visit to the Best Madiran Winery

Bottle of Red Wine + Glass + Cork, by TheBusyBrain on Flickr.com 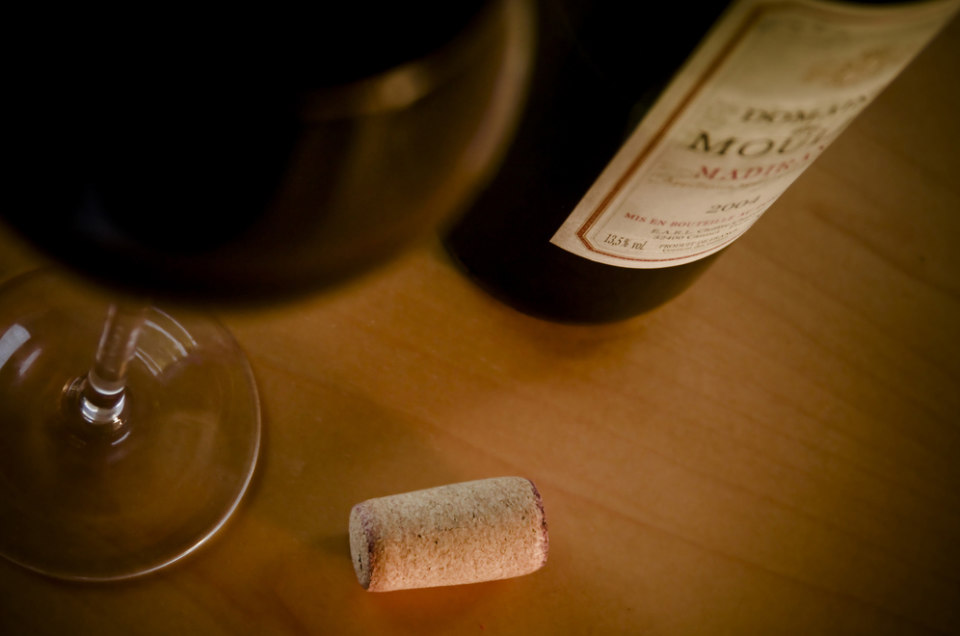 Bottle of Red Wine + Glass + Cork, by TheBusyBrain on Flickr.com

The Madirans weren’t exactly easy drinking. They tasted wild and I said so.

“That is why they are perfect for meats,” Pekka said.

The young man pouring the wine nodded. “You want to drink this with a grilled meat. A lamb, a goose or a duck,” he said. Then he kissed his fingers.

The Madirans were an inky dark wines and I loved them.

About 40 miles north of the Pyrenees and about 50 miles west of the French Atlantic coast, two winemaking appellations overlap in a lush region of rolling hills. The appellations are the Madiran for red wines, and the Pacherenc du Vic-Bilh for whites.

In April 2012 my friend Frank and I were lucky enough to visit the famous Couvent de Maumusson vineyard with an expert in the wines of southern France.

I met Frank in Finland over a decade ago. These days he lives in a small mountain town hard up against the Pyrenees in southern France. Pekka, the expert, is a Finn who married a French woman and moved to the town of Tarbes to open a wine business.

Pekka drove us down out of the mountains and onto the great rolling wine plains of the Garrone. Pink flowering fruit trees dotted the landscape and the grains in the fields were only about a foot high. It was a perfectly sunny day and the air smelled sweet. Once we hit the official borders of the Madiran region we followed the River Adour and Pekka slowed the car, pointing left and right.

“They grow the grapes on the south-facing slopes. The ones grown higher on those hills create one type of taste because the hill-tops are rockier, hotter and drier,” he explained. “The lower slopes are made of clay and hold more water so they produce a different taste in the grape. The magic is in how the local wine-makers mix the two.”

We stopped the car and we walked out into a field to look at the vines.

The appellation allows for the use of five different types of grapes for use in Madiran wines, he told us. He was happy to tell us what he knew. These grape varieties are the Bouchy, the Fer, the Servadou, the Cabernet Sauvignon and, of course, the Tannat. The appellation controls require that the Tannat grape form 40-60% of the final blend. As Pekka explained, you have to age the wines for a number of years just to relax the tannins enough to lessen the astringency of the wine.

There are about 200 producers in the 3,400 acre Madiran appellation. Pekka assured us that Guy Capmartin was the best vintner around and we made for Couvent de Maumusson.

He pulled the car down a thin, slopping drive, past a large white Gascon-style farm house. To the right were the vineyards. The friendly young man with a beard and gumboots met us near the cave and welcomed us in. He set out the wines, cleaned three glasses for us and began to pour.

Some of these vineyards have been in production since the 11th Century. In the 1930s Alfred Capmartin began winemaking in the area, selling his wine in barrels and in 1948 Madiran received the controlled appellation status. By the early 1960s Capmartin was producing what we now know as the Madiran red wine.

The grandson, Guy Capmartin, bought his own parcel of vines and began producing his own organically-grown vintage in 1987. Today, the Couvent de Maumusson is a highly regarded stopover for true Madirans.

I won’t pretend that I am some kind of expert but I can tell you that the Madirans I tasted from Guy Capmartin were gentler than most of the Madirans I’ve had. Because he uses less Tannat grape in the mixture, the fruit-taste stood out a bit more. I could experience the strong spice and leather that I liked of the knife-edged Madirans but, once Pekka pointed it out, I could also taste the currant and cherry flavors.

The young man in the beard poured the wine until we were satisfied then walked us through every bit of the process, taking us to the vinyards, the processing areas and finally the cave – where we enjoyed just a few more sips.