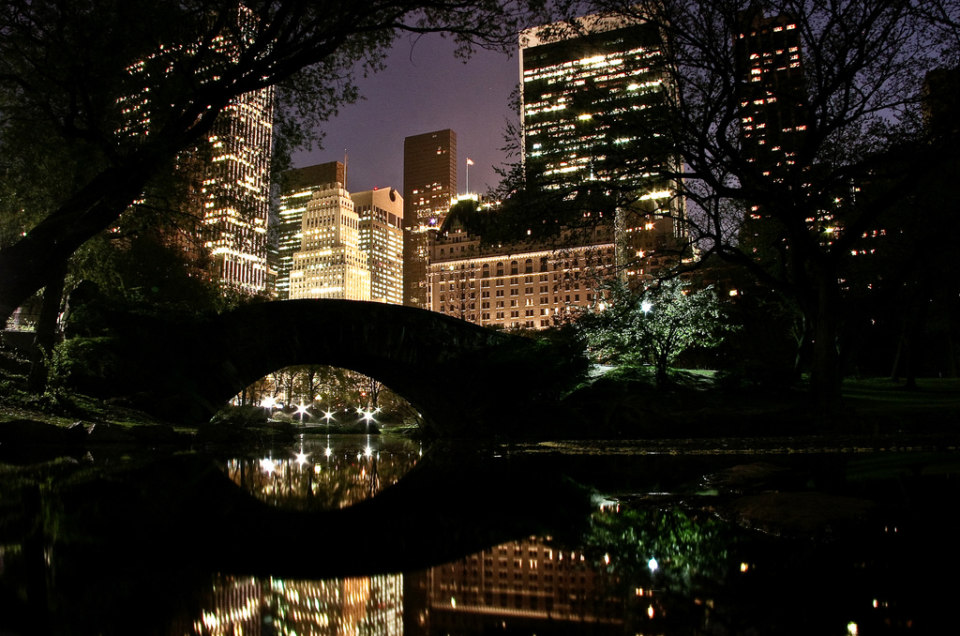 New York is both my hometown and what I consider to be the greatest city in the world.  48 hours isn’t nearly enough time to visit New York so I suggest taking a few things and making them count; saving others for your next visit.  Let’s face it, 48 hours in a city like New York is essentially an airport stopover. So here’s how I’d suggest spending it for the first timer.

Stay at The Plaza Hotel

I just checked into my suite at @theplazahotel which has been somewhat of a dream since I was a kid and saw Home Alone 2! This iconic building sits at the bottom of Central Park and is buzzing with the end of the New York City Marathon! Of all the amazing @fairmonthotels I’ve seen, this is the one that hits closest to home for me! #FairmontMoments

The Plaza Hotel is the quintessential New York City hotel.  It is a landmark building, with an amazing location.  The hotel itself is an icon of New York and is probably the most famous hotel in the world.  Recently renovated, the hotel is full of both old, rich history and modern amenities that will make you feel at home.  A step from Central Park and in the center of the universe, The Plaza is where you want to be if you can pick just one place to stay in New York City.

The ducks eye view of @theplazahotel from Central Park. #FairmontMoments

Central Park is the best thing in New York City and I say that after living in Manhattan for 16+ years now.  Get up early and take in the park.  It changes as the sun comes up so see it in different stages and at different angles. Make sure you bring your camera because you’ll be snapping away like crazy!  Make sure to take a walk around the reservoir to get some great shots of Central Park West with the water in the foreground and then head west to see Strawberry Fields and get your iconic John Lennon shot.

11am, The Metropolitan Museum of Art

I’m not a big museum person but The Met is one of the 3 best museums in the world without question.  Since you’re already uptown you can decide between The Met and the Natural History Museum; which might be better if you have kids with you.  However, The Met will have you in awe at the priceless works of art and artifacts going back to the Ancient Egyptians.  It’s also a great New York experience to have lunch of the steps of The Met.  There are several street vendors just outside the main entrance, so indulge in that delicious dirty water dog!

3pm, Top of the Rock

Rockefeller Center is cool to see and to experience but for the absolute best view of Manhattan I suggest going to the Top of the Rock.  You’ll get amazing views of Central Park looking uptown and the best view of the Empire State Building and Chrysler Building all the way down to the Freedom Tower.  Most people make the mistake of going up the Empire State Building.  The problem with that is the building then won’t be in your photos!

Greenwich Village is my favorite part of New York.  It is the former bohemian part of the city; which has sadly now become the most expensive part of the city but still, its charm cannot be denied.  The Village is a New Yorkers New York.  It’s where the best restaurants, bars and hidden gems are.  It’s where you can people watch for hours and be perfectly content.  It’s where life happens in New York.  It’s also where you can get the best pizza in New York City.  Try Joe’s, John’s, Numero 28, or Keste around Bleecker Street between 6th and 7th for some great pizza!

View of Central Park from the terrace suite at @theplazahotel #FairmontMoments

8am, The Statue of Liberty and Ellis Island

Get up early and get down to Battery Park to catch the boat to the Statue of Liberty and Ellis Island.  Many people head straight to Lady Liberty; which is understandable.  The symbol of American freedom is an awesome sight.  However, don’t forget about Ellis Island, it’s a great museum and can tell you the history of immigration to America.  It is basically the story of how our country came to be the power it is today.  You can also track your family if they came over from Europe as mine did.  Don’t miss it.

A short walk from Battery Park is the site of the worst attacks in the history of America.  Raised from the ruins is the impressive Freedom Tower; which you can now go up and get great view looking uptown.  But even more impressive and important is the 9/11 Memorial.  It’s a beautiful, somber and powerful place to remember what happened that fateful day where I, and so many thousands of others lost people they know and love.  Just please be respectful, you’re on hallowed ground.

The Brooklyn Bridge is perhaps the most famous bridge in the world.  Walking across it is a must for first timers to New York and late afternoon is a great time to do so.  You can see amazing sunset views from on the bridge and across in Brooklyn looking back to Manhattan.  Built in the 1800’s the Brooklyn Bridge has passed the test of time and is still beautiful every time I see it.  Bring your camera and take your time-enjoy the views!

As a New Yorker, it’s a little embarrassing that I’m suggesting that people go to Times Square because New Yorkers never go there.  However, seeing Times Square at night is one of those things that everyone has to do once in their life.  The lights are bright, the buildings are tall and Times Square is undoubtedly the center of it all.  Walk around, take it in-it is both the best and worst of what New York has to offer but such a sight to see.  If you get hungry in Times Square head over to Carnegie or Stage Deli for a famous New York deli sandwich.  They’re bigger than you are but the pastrami and corned beef are oh so good!